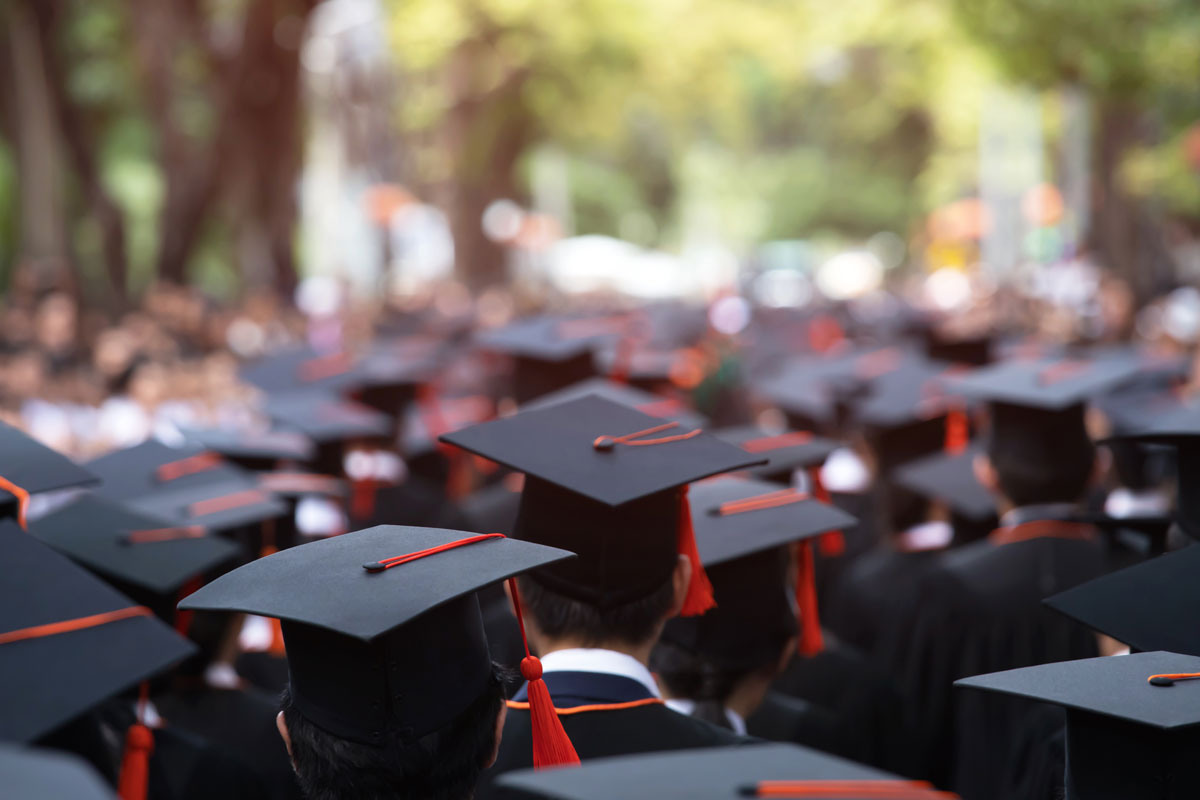 Part 3 ended with a discussion about The Global Auction published in 2010.

Harvard Business School professor and Innovators Dilemma author Clayton M. Christensen & Henry J. Eyring teamed up to write The Innovative University: Changing the DNA of Higher Education from the Inside Out in 2011. Between 60 and 75 percent of the book discusses the various innovations deployed over the years by two universities, Harvard and Ricks College, now BYU-Idaho. One notable point is that most four-year colleges aspire to “be like Harvard” but only five percent or fewer are capable of being like Harvard.

Christensen and Eyring wrote that online education will disrupt higher education because:

The 2008 economic downturn exposed the high cost of traditional higher ed according to Christensen and Eyring. Students embraced alternatives like community colleges, for-profit universities, technical institutes, and online universities. Traditional institutions should embrace learning innovations made possible by these new technologies. Ricks College embraced those innovations and thrived before it became BYU-Idaho.

Meanwhile, tuition discounting continued to increase as a percentage of tuition revenue at many small private colleges. In a 2016 white paper authored by Dr. P.J. Rine and titled A Shell Game by Any Other Name: The Economic Rationale behind Tuition Discounting, the author provides a chart showing the rapid growth of tuition discounting as well as the substantial portion that was unfunded from endowment or other grants. 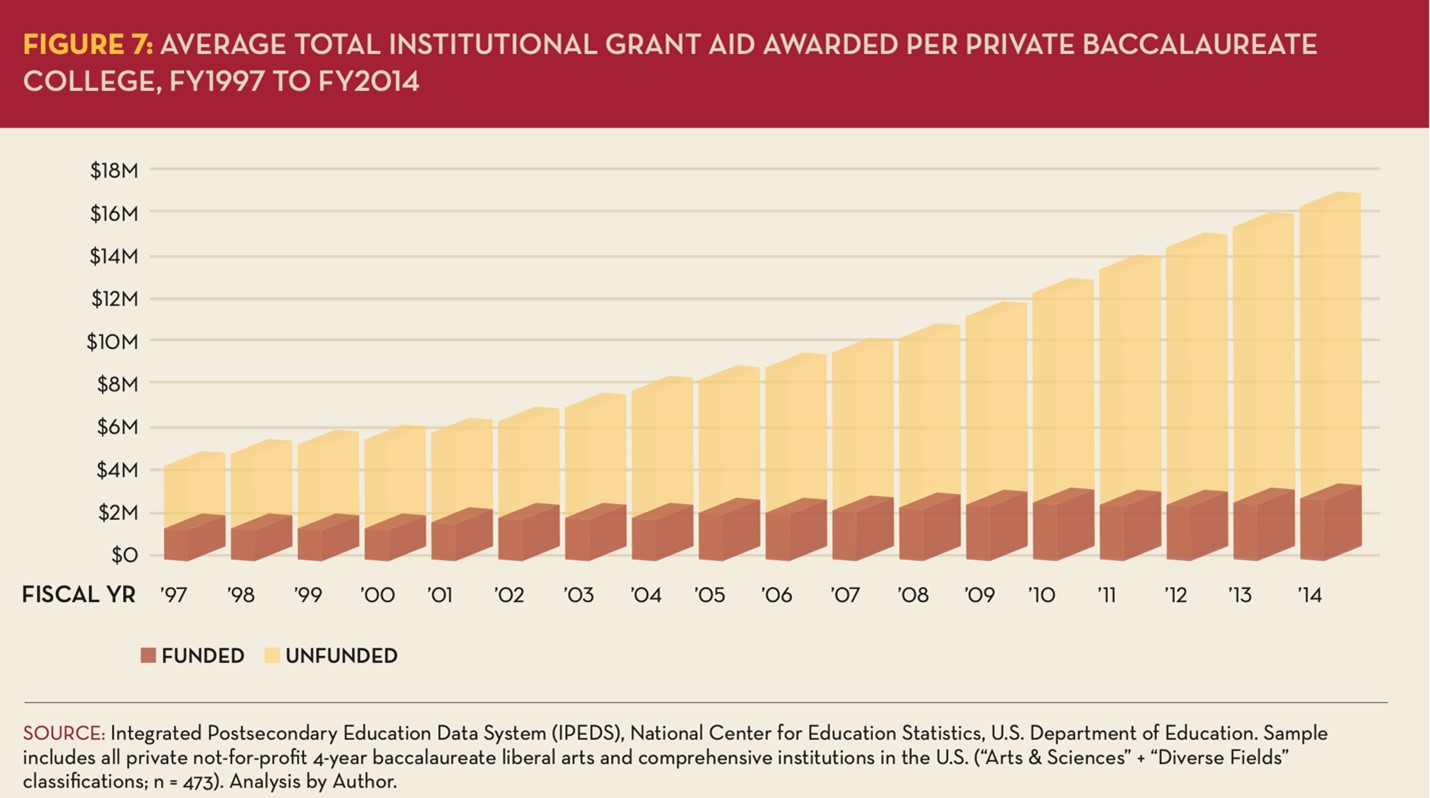 Dr. Rine’s specific criticism about private colleges’ utilization of unfunded discounts is broadened in a book written around the same time as his whitepaper by retired Georgia Tech president Richard A. DeMillo titled Revolution in Higher Education. Instead of focusing on the plight of 500 small colleges, Dr. DeMillo wrote that 4,000 institutions enroll 80 percent of all students, are in financial disrepair, and their inability to control costs has reduced public confidence in the value of a degree. Without innovation, Dr. DeMillo maintains that costs will continue to repel prospective students. The hierarchy of elites in higher ed culture stifles innovation and encourages continued escalation of costs. Elite envy influenced colleges’ strategy and reduced their ability to meet students’ needs.

The “revolution” began when Stanford University professor Sebastian Thrun taught his Artificial Intelligence course for free to more than 160,000 people online. The course was dubbed a MOOC (massively open online course). Approximately 20,000 students from 190 countries finished the course and received a certificate. Approximately 300 students received better grades in the course than Professor Thrun’s Stanford students. The company that Thrun formed, Udacity, partnered with Georgia Tech to offer a $10,000 online degree in Computer Science that enrolled 9,000 students from around the world who took the same curriculum as Georgia Tech’s residential students. DeMillo noted that there are many resisting the changes that online education is bringing to higher education. He applauded the heroes of the revolution noting that there would be many heroes and martyrs along the way.

In 2015, the Department of Education released its newly implemented College Scorecard website. For all colleges and universities participating in the Federal Student Aid program, the Scorecard provides information about the school’s enrollment, its costs of attendance, its completion rates, and its earnings and debt by degree program (for programs with a significant number of annual graduates). The biggest weakness of the Scorecard is that it only publishes data for students that borrow federal loans. That group may or may not be representative of an institution’s students.

When Richard DeMillo critiqued the 4,000 institutions that educate 80 percent of America’s college students, he was referring to public institutions. I think it’s appropriate to look at an overview of state funding of public universities as of fiscal year 2018, prior to the pandemic. The overall funding for two- and four-year colleges was $6.6 billion below what it was prior to the 2008 recession.  On average, states spent $1,220 or 13 percent less per student. 41 states spent less per student than they did in 2008. Per student funding fell by more than 30 percent in six states. The average published tuition rose by $2,708 or 37 percent. In eight states, published tuition rose by 60 percent or more. Enrolled peaked at public universities in 2011. Many public universities embraced enrolling foreign students and out-of-state students to be able to charge a higher tuition rate and provide less financial aid. Lastly, some state schools have privatized dormitories and parking garages to reduce maintenance costs and modernize their facilities.

By the fall of 2018, the percentage of college students enrolled in at least one online class increased to 34.7 percent. However, the enrollments were highly concentrated. In a graphic created by the McKinsey consulting firm and shown below, the top 10 players of 122 institutions with 3,000 or more online students have 20 percent of the market. The top 25 have 30 percent of the market. All of us know how quickly America’s colleges and universities went online at the beginning of the pandemic in the spring of 2020. Some colleges believe that their newly found skills of teaching online may provide them with a source of additional students. Marketing to and meeting the needs of online students is different and scaling to the size of the institutions in the top 25 will be extremely difficult. 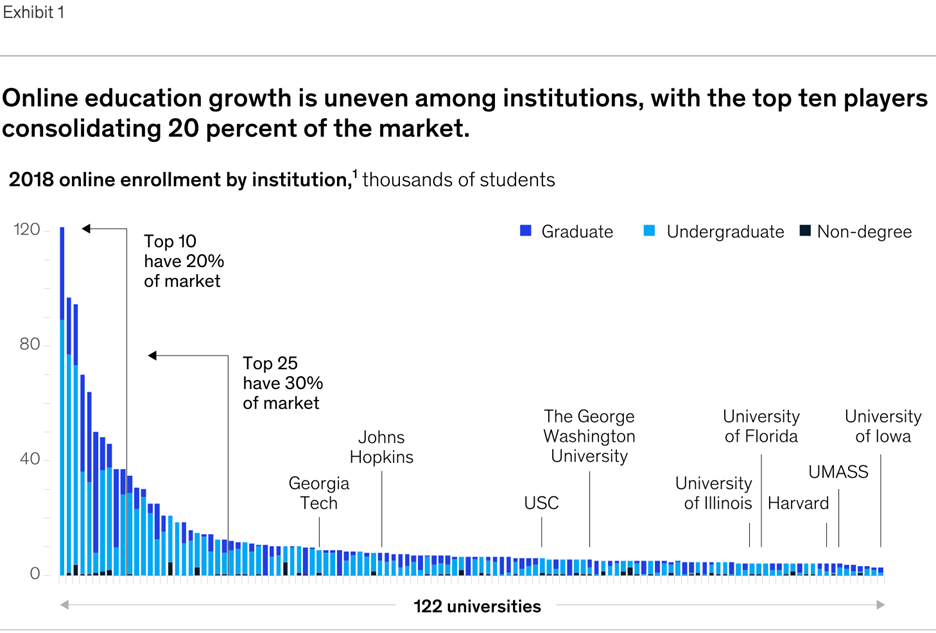 (This is the end of part 4 – 10 PowerPoint slides were created for this portion of the presentation. Part 5 will follow.)