Higher Ed Finance and the Need to Understand It Thoroughly

The Ethics of School Reopening during the COVID-19 Era 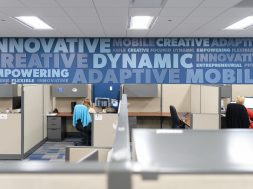 Meeting the Grand Challenges to Higher Ed: The Pandemic For years, I have been a semi-regular reader of The Economist, primarily because it’s written from the perspective of the European community and not Americans.  As a foreign policy student knows, perspectives are often colored by events and politics within your own country and an outside viewpoint may influence your thinking about a particular issue.

Most likely for that reason, I pre-ordered The Global Auction when I received a notice of it from the Oxford University Press.  The authors are professors at universities in the United Kingdom (Brown is Professor of Social Sciences at Cardiff University, Lauder is Professor of Education and Political Economy at University of Bath, and Ashton is Professor Emeritus of Labour Market Studies at University of Leicester) and their premise is that the American Dream that emphasizes higher education as the path for the lower class to become middle class and the middle class to become prosperous is deeply in trouble.

The authors discuss the fact that world economics have become more integrated and networked and that the market value of American workers is no longer compared to local citizens, but rather is part of a global auction for jobs.  According to the authors, economists who compare America, Britain, and Germany as head nations (brains) and China and India as body nations (brawn) have missed the point that the new global economy has allowed emerging economies to create a high-skill, low-wage workforce capable of competing for the hi-tech, high-value employment prized in the head nations.

In the past, Americans with college degrees were sheltered from price competition as long as educated talent was either in limited supply or only available from equally expensive countries like Britain, Germany, and Japan.  There’s a price competition for expertise, state the authors, and it is stimulated by:  (1) a doubling of the supply of college educated workers in affluent and emerging countries over the past 10 years, (2) a quality and cost revolution in the emerging economies that have adopted best practices and produced high skill, low wage workers, (3) the adoption of new technologies by companies that have increased the potential for standardizing an increasing number of technical, managerial, and professional jobs, and (4) the business community’s increasing trend of hiring the best and the brightest students from around the globe and treating them differently from people with the same credentials, experience, or levels of expertise.

The authors discuss the situation leading to an opportunity trap which occurs when everyone works toward the same strategy such as earning a bachelor’s degree or working longer hours to impress the boss.  In those cases, no one secures an advantage except the employer.  The authors acknowledge, though, that most people will view education as a defensive expenditure, necessary to have any chance at improving the middle class standard of living.

While the premise and evidence presented by the authors sound overwhelming and depressing, they present recommendations for creating a new opportunity in America.  Key among their suggestions are reforming education standards to increase the number of our citizens with a world class education in the science and engineering areas as well as working on equalizing the financial disparities between the far ends of the citizens’ income scale.  Political calls will be made for protectionist policies but the authors maintain that the global economy is too intertwined for a significant policy change to occur without drastic ramifications to America’s economy.  Their recommendation is to rebuild the economy in a manner designed to improve the quality of people’s lives and part of that model should encourage senior managers of public companies to focus on the medium and long term performance of their companies, not just the short-term.  With the latter focus, the concept is that less would be outsourced as companies would work to find, train, and keep workers here versus looking outside our nation’s boundaries.

The Global Auction is hot off the press as evidenced by its 2011 copyright date. The authors, as befits their areas of expertise, have done an excellent job of portraying the economic and social issues at hand in analyzing the financial issues of the middle class.  I continue to weigh their recommendations for a new opportunity as economic and social changes are not politically easy decisions, particularly in a political environment as polarized as the last two U.S. elections.  Increasing the emphasis on science and technology at the K-12 level will require a major shift similar to the Sputnik and Race to the Moon initiatives of the late 1950’s and 1960’s.  Political policy changes do not occur overnight and not without considerable debate.  I recommend that you read this book regardless of your political perspective.  It is thoroughly thought-provoking.

Higher Ed Finance and the Need to Understand It Thoroughly