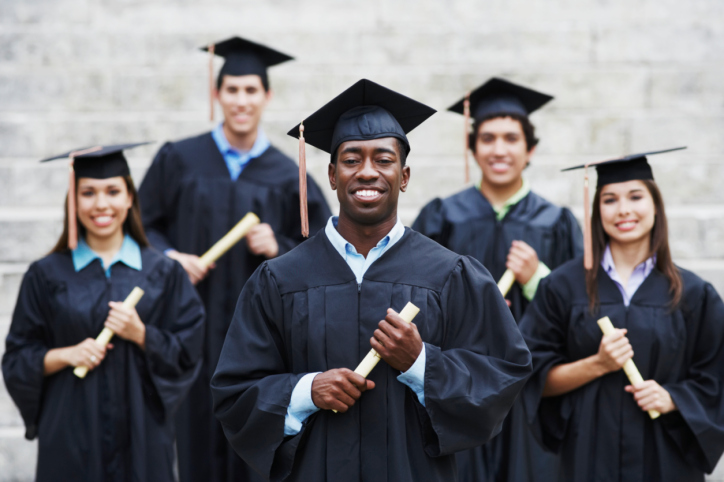 Graduation Gap Wider than Enrollment Gap for the Poor

Graduation Gap Wider than Enrollment Gap for the Poor Susan Dynarski’s June 2 article in The New York Times elicited more than a few tweets. Dr. Dynarski, a professor of education, public policy and economics at the University of Michigan, wrote about a project called the Education Longitudinal Study that began tracking 15,000 high school sophomores in 2002. Last month, the researchers updated their educational attainment data for those sophomores and issued a report.

The original study grouped students into four quartiles based on their parents’ occupation, income and education. Students whose parents had the lowest income, least education and lowest- skilled jobs were in the lowest quartile. The highest quartile group had parents with the highest income, most education and highest- skilled jobs. In all four groups, the sophomores aspired to attend college and earn a bachelor’s degree. In fact, more than 70 percent of the entire group, and 87 percent of the top quartile, planned to do so.

For anyone familiar with the research regarding college student persistence, these outcomes are not a surprise. Some of the early papers that attempted to test Vincent Tinto’s theoretical construct of college persistence found the highest significance around variables related to students’ background characteristics, such as parents’ education and income, as well as students’ SAT and ACT scores. Other researchers reported about the importance of role models and mentors influencing the successful outcome of a college student. Last, but not least, many have written that one of the most common reasons given for dropping out of college is the inability to afford it.

Clearly, in the example given by Dr. Dynarski, test scores are not the reason for the lower graduation rate of the high math score, low- income students. I believe the main reason for this gap is that the cost of attending college is too high for students who are in the lowest income quartile. It’s not just the cost of college tuition, fees, books and room and board; it’s also the opportunity cost that removes that student as a contributor to family income and depletes cash to cover college costs. As a college student who depended on financial aid in the 1970s, I remember working as many as four different jobs during the school year and summer in order to earn enough money to cover books, room and board, and incidentals. I was fortunate to have two working parents who were committed to paying whatever the financial aid office said that the expected family contribution should be. That’s not the case for many students in the lowest income category and in the event that circumstances intervene to delay their degree by a year or two, I suspect that the financial situation becomes more of an issue.

When the Basic Education Opportunity Grant (forerunner of the Pell grant) was established, it covered approximately 70 percent of the cost of college tuition and fees for a four-year college. If you attended a state institution, income from summer jobs could have covered the difference. Fast- forward 40 years, and a Pell grant is a fraction of its original value. Income from summer jobs is not likely to cover the gap and if you’re a working adult supporting a family, you have many more financial obligations to worry about in addition to college. As our lawmakers ponder the reauthorization of the Higher Education Act, it’s time that they consider dismantling the existing financial aid system and redesigning it for the realities facing today’s college student. Increasing loan availability will not resolve the college attainment gap between the lower- and higher-income students; it will only exacerbate it.