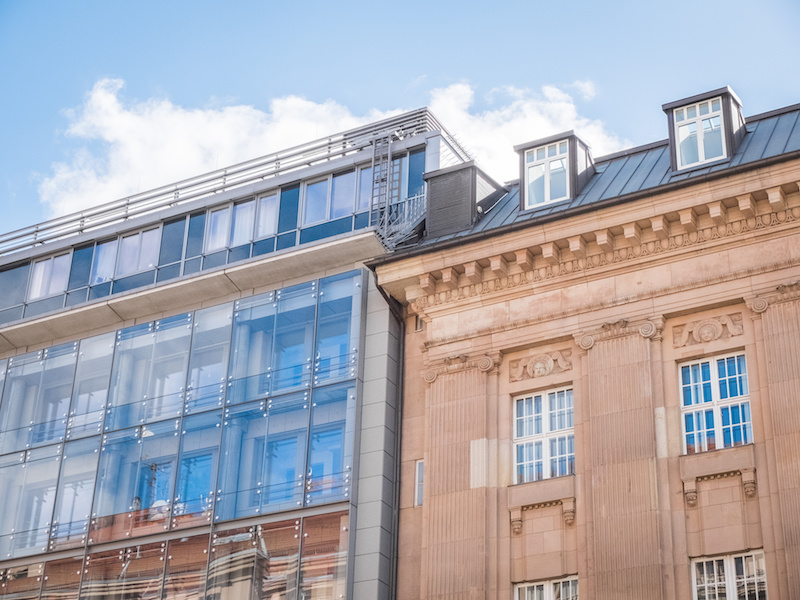 In a recent article about preserving historic buildings, Julianne Couch explains how renovating existing structures in towns and cities can revitalize the community. The article reminded me of our experience at American Public University System (APUS), when we relocated from Manassas, Va. to Charles Town, West Va. in 2002.

Even though online education has been around since the late 1980s, it was still in its infancy in 2002. Because APUS’s curriculum was fully online, we were able to relocate without the cost of constructing a new campus. Charles Town was the closest West Virginia location with broadband capability for our computer servers. It is an historic town, founded by George Washington’s youngest brother, Charles, in the late 1700s. After a search for office space for our staff, we found a vacant building that had served as a residence in the 1800s, as the community’s first hospital in 1904, and later as a nursing home from the early 1950s through 1996. Because we wanted to move as soon as possible, we elected to keep many of the building’s exterior architectural features while modernizing its interior   we hired an architect familiar with historic renovations to design the space and supervise the construction.

Shortly after moving into our first Charles Town building, we found we would need more space and purchased a building in the historic overlay district. Utilizing the same architectural firm, we applied for a historic tax credit to renovate it. While the approval process was longer than previously experienced, the concept of maintaining the integrity of the community’s history through building renovation resonated with our leadership team.

Over the next few years, we acquired and leased more than 10 additional buildings (note: in a community more than 200 years old, many of the buildings we acquired and leased were less than 4,000 square feet in usable area). In all cases, we maintained the original exteriors and modernized the interiors as necessary with electrical, plumbing, and HVAC. In addition to revitalizing Charles Town’s downtown, we realized that our renovations were not requiring the city or county to expand its transportation and utility infrastructure. We also concentrated our growth in an area where some businesses had moved out (relocation to the bypass) and our presence was supporting local restaurants and other merchants that might have otherwise closed.

When a local developer proposed building an office building on a local brownfield (former location of a junkyard), we negotiated to buy the building before its construction. We were again able to repurpose an abandoned site in the town and add a more modern and LEED-certified building that maintained the town’s architectural style. The success of that project led to acquiring two vacant warehouses in the same area and constructing two additional LEED-certified buildings on all or part of those sites

Repurposing and/or restoring older buildings is an idea with multiple benefits. Clearly, new buildings are easier to build and sometimes less costly than restoration on a cost-per-square-foot basis, but preserving the character of a community also makes a difference in many other ways. We believe that our renovations of existing structures have set an example for owners of other buildings to improve their properties as well.

By modernizing the interior of our buildings to accommodate today’s technology infrastructure, we have also enabled local organizations to utilize some of our facilities for conferences and meetings. We hope that this brings additional opportunities for other businesses to relocate to the area and if so, we’ll share our vision of maintaining the architecture and conserving open spaces by building on former industrial sites as well as restoring abandoned or underutilized buildings in the downtown area.

tags: Business Charles Town History
previous The Internet of Things and Big Data Are Only Just Beginning
next Rich Media in the Online Classroom: An Interview with Drs. Phil Ice and Melissa Layne