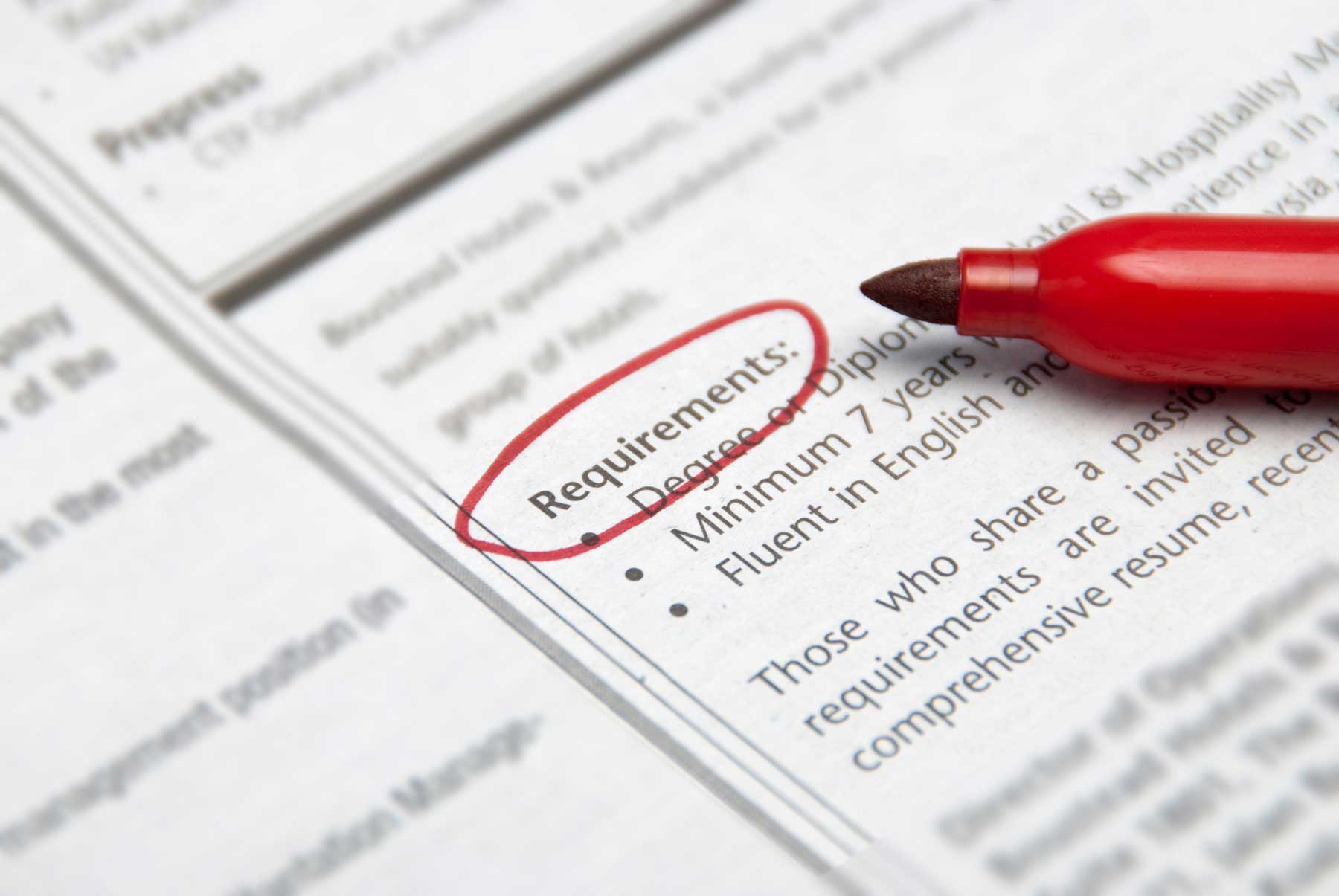 In a recently published article in the Hechinger Report, Lawrence Lanahan questions whether the new trend to remove a bachelor’s degree requirement for a job will continue.

Mr. Lanahan interviewed several people for this article who never earned a bachelor’s degree and who recently benefited in their jobs’ searches from the new trend. One gentleman with years of experience in retail management and IT applied for several IT jobs on Stellarworx after hearing that the state of Maryland was eliminating the four-year degree requirement for most of its IT jobs (Stellarworx claims to be the leading source for employers to find workers who are STARs – Skilled Through Alternative Routes).

However, degree waivers don’t imply that an applicant will get far without having the prerequisite skills expected by employers. Social Finance is a non-profit that has helped people without degrees find appropriate training through various social impact projects that they or their partners have funded in the 11 years since their founding. One of these projects is the Google Career Certificates Fund. Social Finance also teams with Year Up and Merit America for some of its retraining and training initiatives.

Opportunity@Work is another entity that promotes jobs for STARs. Mr. Lanahan cites their statistic that 70 million U.S. workers fall into the Skilled Through Alternative Route (STAR) category. The state of Maryland partnered with Opportunity@Work and the state estimated that more than half of their 38,000 jobs could qualify for eligibility for non-degree holders.

I support the many initiatives underway to train America’s workers for better jobs. I also support the initiatives underway at our more market savvy colleges and universities that are partnering with these training programs and others to recognize them for academic credit that could stack into an associates or bachelor’s degree. College is not for everyone, but it should be available for everyone who wants to attend college. For those choosing not to attend college, finding the right certificates and training initiatives that can make those early years post high school more affordable is important.

It’s important to note, however, that America is not going to solve its employment inequities by removing the requirements for a four-year degree. Mr. Lanahan’s article is relevant, but the situation is more complex than he acknowledges.

Lumina CEO Jamie Merisotis’ book, Human Work in the Age of Smart Machines outlined three major problems that need to be overcome for people to succeed in a future period when AI technology is replacing jobs. These three problems are:

None of these problems have been solved although some of the companies mentioned here are part of the many who are working toward solutions.

It’s evident to me that learning will continue to be an important differentiator for income and jobs, regardless of your perspectives about the relevance or value of higher education. If you haven’t read Michelle Weise’s book, Long Life Learning, I suggest you take the time to order a copy. She writes that a learning ecosystem needs to be developed so that employers, employees, and educators can help prepare people for a much longer career where learning over a period of 60 plus years will be necessary to maintain your marketability as an employee. She recommended five guiding principles for employers and educators to consider as they partner to build a learning ecosystem. These principles are:

The good news is that there is evidence that employers and organizations like the ones mentioned above are working to build some of the items in this ecosystem. The bad news is that there are 70 million STARs, and we have a lot of work to do to bring all of them into a navigable, supportive, targeted, integrated, and transparent learning ecosystem. Until it’s built, employers will have the ability to change their degree requirements again and again. Until it’s built, I maintain that the permanence of reduced degree requirements has the same chance of success as George H.W. Bush’s “read my lips: no more taxes” campaign promise. I hope those that can build the learning ecosystem contribute more than just a pithy soundbite.