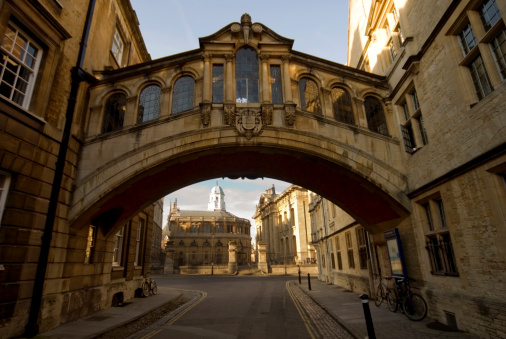 Dr. Paul Rich is President of the Policy Studies Organization, an academic partner of APUS and publisher of many academic journals.  His enthusiasm for affordable learning through technology mirrors mine and I asked him if he would provide an introduction for the conference that we are attending this week at Oxford. St. Anne’s College hosts the sessions, and one side of the college grounds faces Banbury Road. Oxford lays claim to the origins of crowdsourcing, long before the term was coined. St. Anne’s is just minutes’ walk from 78 Banbury Road, where the appeal went out for help in compiling the Oxford Dictionary. It was there that Sir James Murray built his Scriptorium, a copious shed for the thousands of pigeon holes where he could stuff the word reports flowing in from his army of volunteers.

This all started in 1879, when Sir James had sent out 2,000 copies of his appeal for help, distributed often through booksellers. That first appeal of his brought more than 800 responses and, before long, as many as 1,000 slips a day were arriving from the lexiconic army he recruited. In 1885, a weary post office installed a box in front of the house for the vast amount of daily mail, and the box is still there and marked by a blue historic tablet. This was crowdsourcing long before anyone thought of the term.

While new terms like crowdsourcing often are the result of new technology, they also fit old concepts like the dictionary that are aptly described by the new coinage. Along that line of thinking, perhaps crowdsourcing, only with us since 2005 when it appeared in Wired magazine, needs to be thought about expansively in historic terms of phenomenon that have existed for a long time and operated under different names. That is, behavior which is a variant or at least part of what we now commonly consider the process of crowdsourcing.  (Most of us involved in online education are crowdsourcers.)

While a prime example is the Oxford dictionary, there are other examples that in some cases long precede the use of the new term but involved aspects of what we now recognize as crowdsourcing.  Just recall such established aspects of society as bird watching and animal censuses, amateur astronomy as the helpmate of professionals, the naming of zoo animals by legions of school children, and census programs dating to the 18th century.  This has continued, and clearly crowdsourcing is well established in parts of everyone’s life by television programs like American Idol, Amazon product ratings, the enormous growth of Wikipedia, and online education – including MOOCs.

In some respects, MOOCs represent the ultimate crowdsourcing of higher education. There is no denying that MOOCs involve crowds.  While a case can be made that they resemble the online courses already offered for years, the numbers are different and in their size might accentuate fears of just what has been suspected for a long time about online education—that it eliminates the teacher-student relationship that bricks-and-mortar institutions assert is part of their genius.  The truth might be more that the learning process is being democratized. We will put aside for discussion the fact that many universities have always had large lecture courses where anonymity was prevalent.  Regardless of what one thinks of the success or failure of conventional education in promoting teacher-student relations, online education has matured and has to show that it can be personal and transformative.

Unless personally observed, the MOOC may illustrate another nail in the coffin of individualistic learning. That is not the case. Recently, APUS offered its first MOOC.  It was free, was announced in a low-key fashion to avoid being swamped, and used the themes from Harry Potter novels to introduce international relations to beginner students.  One aspect that was immediately apparent was the volume of animated response and interaction.  Maybe I am an exception, but my own teaching experience with large lecture courses has been that the response was nowhere near the response I observed, varied and various, that came every day from what was, after all, a modestly announced and small MOOC.

The levels of participation are something that departs from our usual view of the educational process, even at APUS.  We are used to people going through all the paces, so to speak.  We are not used to thousands of people simply dropping by and whether that informality can be good in an educational sense remains an open question. The APUS MOOC experience was akin to the crowdsourcing results previously noted in other fields, with many observers and limited numbers of active participants or, perhaps more accurately, there were concentric rings of participation. The new phrase for this is collaborative filtering, but it has been going on at Oxford since students first compared notes on listening to teachers in the 12th century.

In terms of execution, if you know about online learning at APUS you already know the technology of MOOCs, because a successful MOOC uses the already tested features that constitute good online practice. At its best, online education displays many of the characteristics associated with crowdsourcing, such as the ability to mine lots of data to see the effectiveness of classes, how long students spend on a unit, how many times they re-read an assignment, etc.

If I were to single out one feature that the APUS MOOC experience brought home, it was that just as in the traditional APUS classes, thanks to the technology the students could, and did, interact . Importantly, as in well-done online education in general, it was possible to know what the average time present on readings was, which readings and quizzes got the most play, and in many ways because of the technology to judge just how the course was going.  That is not news to anyone familiar with a quality online program. What is different is that the unusually large amount data which is collected offers a surer baseline for evaluation because there just is so much more information available about student reaction. But just as the captain of a ship brings to the helm skills which apply to different sized vessels, the use by a skilled teacher of MOOC tools parallels the experience of smaller classes.

I was a student of the famous behavioral scientist B.F. Skinner at Harvard and didn’t enjoy at all his teaching machines in the basement of Emerson Hall.  I didn’t see what good they would do.  Forgive me, Professor Skinner. I now realize that the idea of using technology was good, but the means of delivery available to him at the time were so primitive that it was impossible to see where his work would lead. A lesson is that the new technology can serve us, not dominate us, and we have to dialogue about its place at the table.  Just imagine how happy Sir James would have been if he had been able to do his great dictionary with a computer.

Dr. Rich is President of the Policy Studies Organization, and a life governor of Harris College in Oxford University.
Footnotes

[ii]  “The crowd expresses its judgment as part of its natural behavior. In the process, its collected actions become a database of knowledge in itself.” Howe, , 237.

[i]  Up the Woodstock Road past St. Antony’s College, turn right on Canterbury Road and go to its intersection with Banbury and turn left – and there you are.

[ii]  Simon Winchester, The Professor and the Madman A Tale of Murder, Insanity, and the Making of the Oxford English Dictionary, HarperCollins, New York, 2005 (1998), 127.

[v]  “The crowd expresses its judgment  as part of its natural behavior. In the process, its collected actions become a database of knowledge in itself.” Jeffrey Howe, Crowdsourcing, Three Rivers Press, New York, 2009, 237.