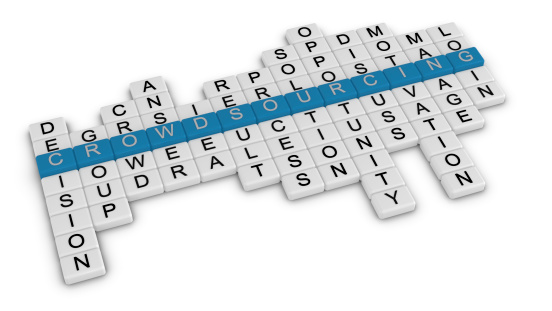 Last week, I presented at The Internet, Policy & Politics Conference to debate whether or not MOOCs will satisfy learning effectiveness, satisfaction, and overall quality. I took note of the opening keynote speech by Dr. Chris Lintott, an astrophysicist and Citizen Science project lead in the Department of Physics at the University of Oxford. Dr. Lintott is the principal investigator of Zooniverse and is also the cofounder of Galaxy Zoo, an online crowdsourcing project where the public can volunteer to classify more than a million galaxies.

Within 24 hours of its launch, Galaxy Zoo received more than 70,000 classifications an hour. During its first year, more than 50 million classifications were received from more than 150,000 people. Sharing his extensive experience utilizing the Internet to receive assistance from citizens, Dr. Lintott advised the conferees to make sure that “the first engagement in a project is meaningful” and that considering the composition of the volunteers is important in interpreting the results. A simple explanation of the latter advice is the finding that some volunteers consistently provide the wrong answers. Knowing that fact, can be more valuable in data interpretations than the responses of volunteers whose answers are right about half of the time.

The conference, which was sponsored by The Policy Studies Organization (PSO is a publisher of academic journals and book series, sponsor of conferences, and producer of programs), featured four unique tracks: Harnessing the Crowd, Policy and Government, Engaging the Crowd, and Networked Politics. In a fairly new field such as Crowdsourcing (coined in 2005), having so many researchers presenting their papers enabled attendees to ask questions on topics similar to their area of research interest as well as share their findings on the same topic.

Professor Helen Margretts is Chair of the Oxford Internet Institute, the conference sponsor. She is also editor-in-chief of the Policy and Internet Journal. She and I discussed the social science approach to the department’s initiatives as well as the cross-departmental interest in some of the classes and research projects. Currently, the department accepts only master’s students and doctoral students and is no longer the smallest at Oxford University.

The theme of the 2012 conference that I also attended was Big Data and, clearly, many of the social science oriented research projects discussed at this year’s event required the knowledge and utilization of sophisticated data analysis tools. For example, one project examined 34 million tweets over a certain period of time and required identification and assessment of key emotional words in both English and Arabic tweets. It’s not surprising that some of the cross-departmental projects utilize astrophysicists who are familiar with the analysis of large data sets.

One of the last panels of the conference discussed modeling and prediction. This is another area where social scientists and scientists collaborate to analyze the data. A criminologist on that panel discussed a research project that evaluated the increase in hate crimes after a series of events occurred in a geographical area(s). Another researcher discussed the utilization of a database of geo-referenced events assigned to more than 300 categories that can be used to evaluate tweets.

Most, if not all, of the research papers presented at the conference are part of an expanding area of social science with potential to change our understanding of human behavior. The open discussion of these projects with the public is important also because of the potential for projects initiated by governments and corporations that may never otherwise be publicized or discussed. I am intellectually curious to continue monitoring the progress of this area of research and am grateful that the Oxford Internet Institute has initiated this biennial conference. I look forward to continuing to collaborate with my colleague Dr. Paul Rich at PSO.

tags: Crowdsourcing Internet MOOCs online learning Oxford research
previous MOOCs and 78 Banbury Road
next The Adaptive Paradigm: To Adapt, or not to Adapt? 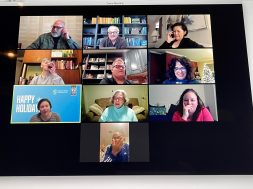