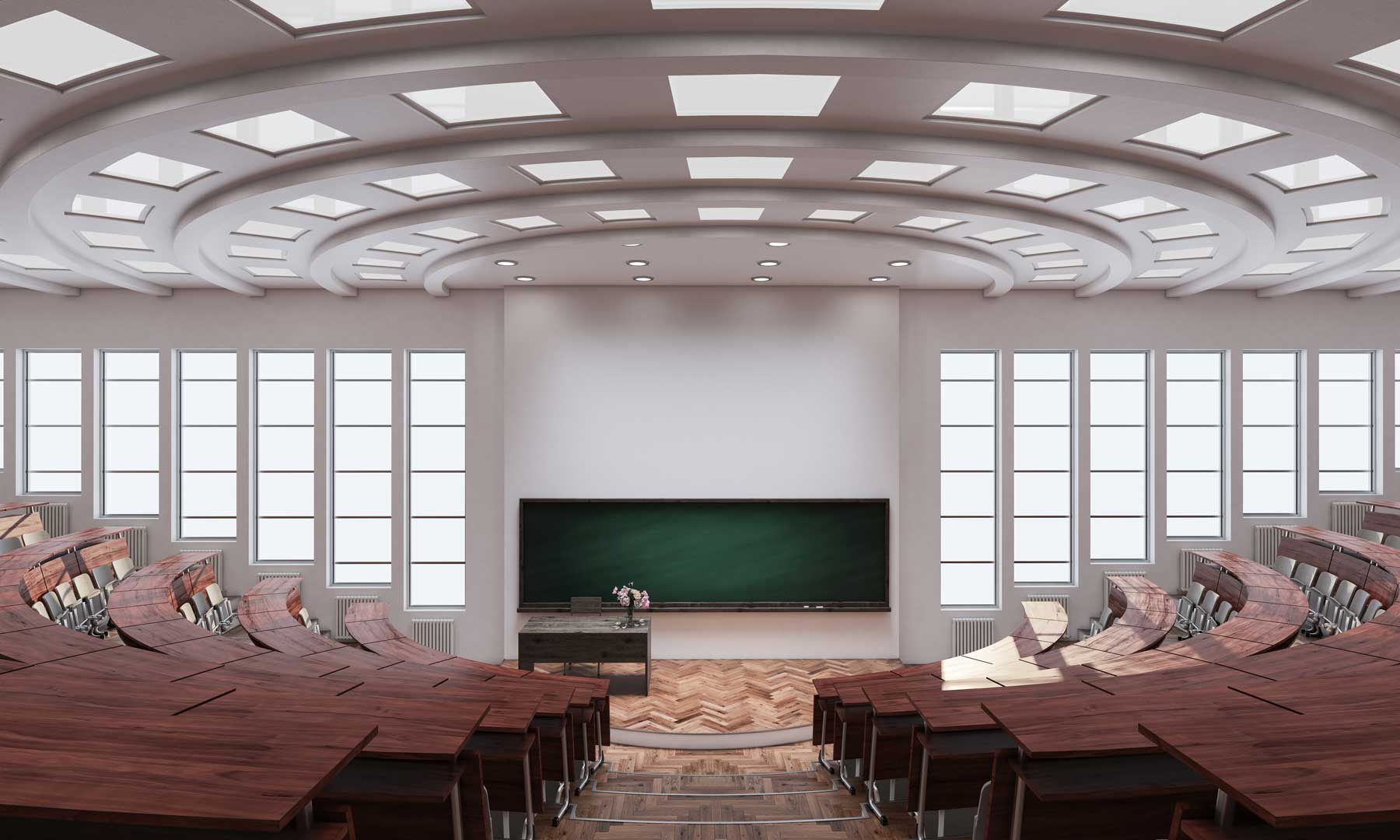 Part 1 ended with a discussion about the 1972 Title IX amendment of the Higher Education Act.

I decided to add a personal reflection about my college experience. I began my freshman year of college at Duke University in the Fall of 1972. I remember seeing signup sheets all over campus for tryouts for new women’s sports teams that Duke was organizing to quickly respond to the recently passed Title IX requirements.

I then compared the costs of attending Duke my senior year (1975-1976) with the costs of attending Towson University that same year. Tuition, room and board and estimated other costs totaled $4,224 for Duke and $2,423 for Towson. When I graduated from Duke, I had $2,100 in NDSL student loans at three percent interest. My younger brother was a sophomore at Towson that year and was able to pay for college from his part-time job earnings because he commuted from home and didn’t have to pay $1,625 for room and board costs. I’ll come back to Duke’s and Towson’s costs later.

The Higher Education Act (HEA) was reauthorized in 1976. Congress extended and increased the Basic Education Opportunity Grant to $1,800 per year. The HEA amendments also provided funding to encourage states to establish state lending agencies for student loan administration. Overall college enrollments increased to 11 million that year with 8.65 million enrolled at public institutions and 2.36 million enrolled at private institutions. The percentage of Americans with a four-year degree or more increased to 18.6 percent of males and 11.3 percent of females.

In 1978, Harvard University increased its undergraduate tuition by 18 percent (https://wallyboston.com/after-the-ivory-tower-falls/ ). When applications did not decrease the following year, Harvard continued to increase its tuition by high single digit rates for the next decade. Other elite institutions followed suit. The escalating tuition by the elite private institutions ultimately led to the implementation of tuition discounting by the non-elite private colleges.

The HEA was reauthorized again in 1980. The Parent Plus Loan Program was created to help high asset families who needed liquidity to cover their expected family contribution (EFC) for financial aid. Basic Education Opportunity Grants were renamed Pell Grants in honor of Rhode Island’s Senator Pell who championed them. More than 12 million students were enrolled in college that year: 9.46 million in public institutions and 2.64 million in private institutions. Notably, the number of students enrolled in public institutions had more than doubled, increasing by 5.5 million in 15 years. Clearly, the lower cost public institutions resonated with the increasing numbers of students enrolling in college. The percentage of American males with a four-year degree or more increased to 20.9 percent while the percentage of American females with a four-year degree or more increased to 13.6 percent. The average student loan balance at graduation increased to $3,900 that year.

College ratings intended for the American public were initiated by U.S. News & Report in 1983. Total students enrolled in college increased to 12.5 million students with 9.7 million enrolled in public institutions and 2.8 million enrolled at private institutions. The continuing growth of college students created an increase in the percentage of American males with a four-year degree or more to 23.0 percent while the percentage of American females with a four-year degree or more increased to 15.1 percent.

The HEA was reauthorized in 1986. Congress passed a per student increase in Pell Grants increasing from $2,300 per year to $3,100 per year in fiscal year 1991. The average student loan balance at graduation increased to $5,200 that year.

In 1992, the HEA was reauthorized again. A highlight of the changes in addition to increasing student loan limits was the authorization of a new student loan program, the unsubsidized Stafford Loan program. Eligibility for this loan was not dependent on financial need, and interest on the loan accrued while the student was enrolled in school. Total college student enrollments increased to more than 14 million with 11.4 million enrolled in public institutions and 3.1 million enrolled in private institutions. The percentage of Americans with a four-year degree or more continued to increase with 24.3 percent of men and 18.6% of women achieving that status.

David Breneman, an economist and former president of Kalamazoo College, published a book in 1994 titled Liberal Arts Colleges: Thriving, Surviving, or Endangered. Dr. Breneman’s book described the tuition discounting practice implemented by many small colleges to achieve a targeted enrollment and enhance the quality of the student body by mixing the unfunded tuition grants to a mix of students. The chart below adapted from Breneman’s book demonstrates the way the small colleges could take advantage of raising the sticker price and utilize economic theory to provide merit scholarships to yield a specific number of students. 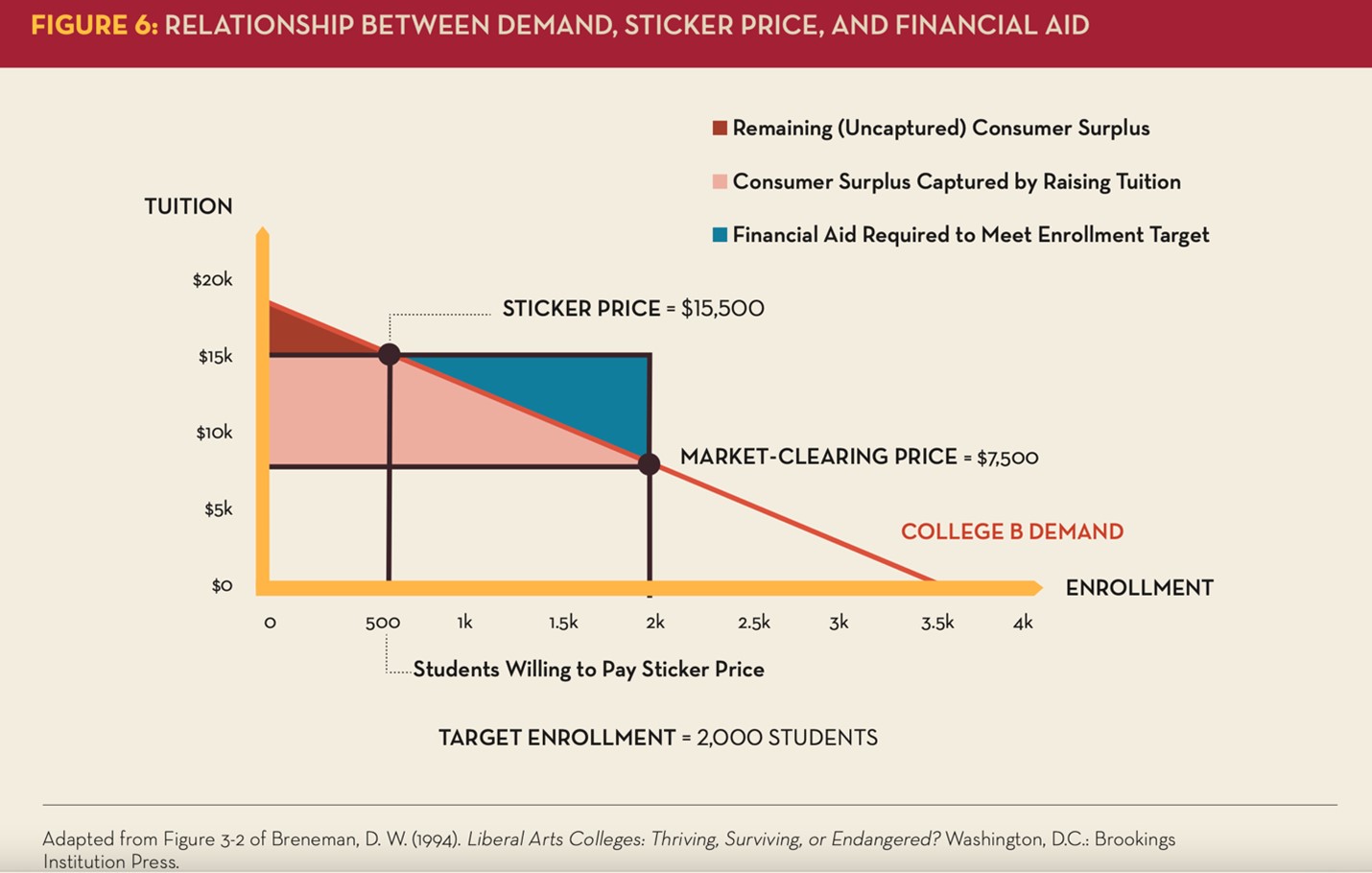 Jones International University was the first fully online university to be regionally accredited in 1996. The percentage of Americans with a four-year degree or more continued to increase with 26.0 percent of men and 21.4 percent of women achieving that status. The average student loan balance at graduation increased to $12,750 that year.

Two years later, in 1998, the HEA was reauthorized. The rapid growth of online education triggered the authorization of the Distance Education Demonstration Program for courses utilizing telecommunication technologies. Because of perceived abuses by colleges offering correspondence programs, distance education courses had been ineligible for Title IV funding unless they were less than 50 percent of all courses offered by an institution. The new technologies were recognized as potentially different, but institutions offering only online courses and programs (or more than 50 percent online) had to apply for Title IV eligibility through this program. Total students enrolled in college continued to hover around 14 million. The percentages of Americans with a four-year degree or more continued to increase with 26.5 percent of men and 22.4 percent of women achieving that status. The average student loan balance at graduation increased to $14,590.

The Sloan Consortium (Sloan-C) was founded in 1999 by the Alfred P. Sloan Foundation with a targeted goal of funding research on the quality and efficacy of online courses and programs. The Sloan Foundation would continue to fund Sloan C for 15 years until it became self-sufficient in 2014 and renamed itself the Online Learning Consortium.

(This is the end of part 2 – 11 PowerPoint slides were created for this portion of the presentation. Part 3 will follow.)