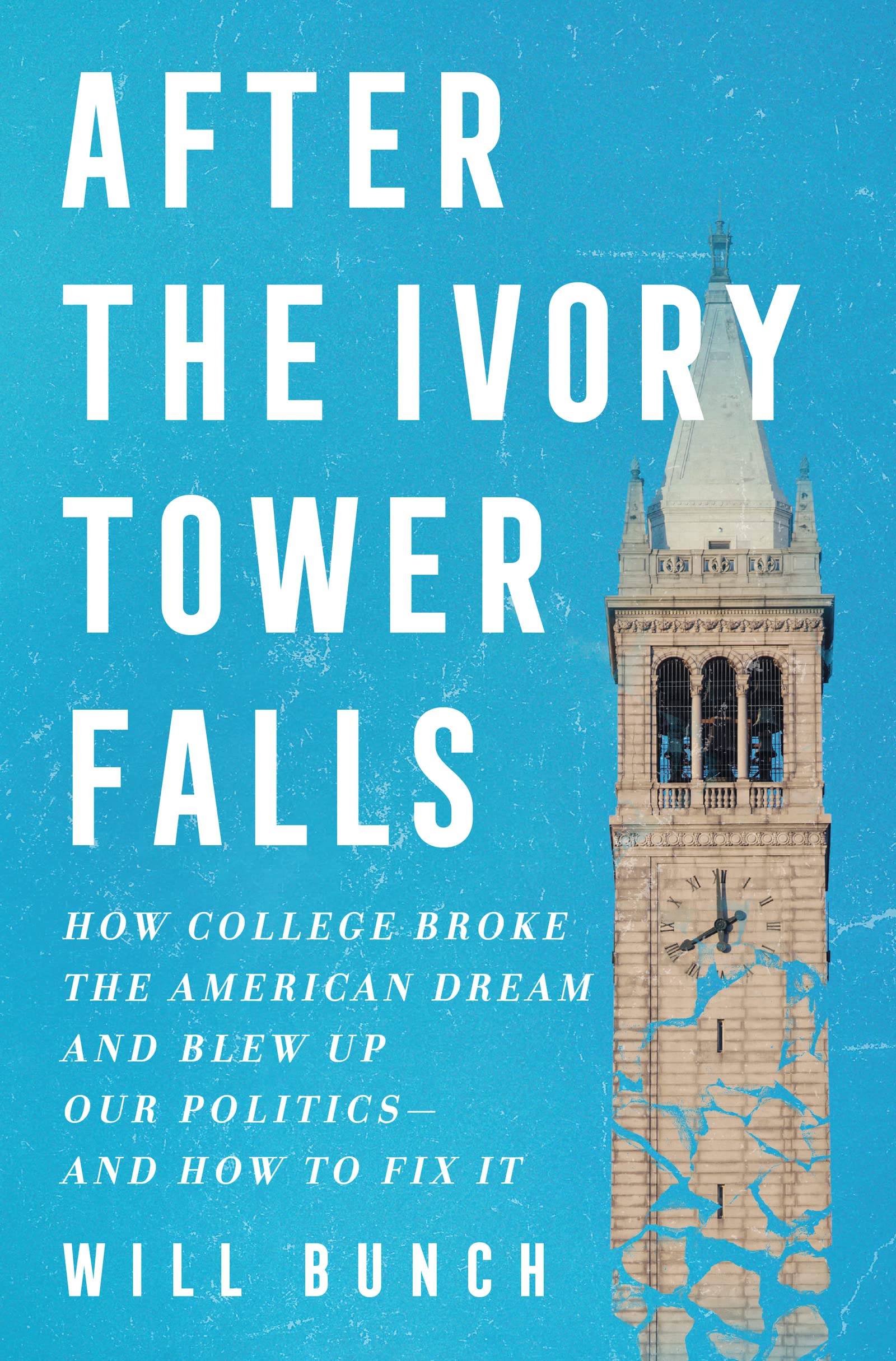 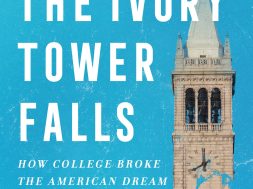 Author and journalist Will Bunch’s introduction in After the Ivory Tower Falls provides an overview of his book in three sentences:

Mr. Bunch begins his story about American higher education and its influence on American society with a trip to Knox County, Ohio, to the small town of Gambier. Gambier, population 2,391) is a blue (Democrat) town in the middle of a red (Republican) county. The reason for Gambier’s political differences from the surrounding community is the fact that it is the home of Kenyon College. Kenyon, an elite small college with an enrollment of 1,875 students, all undergraduates, charges students (and their parents) approximately $80,000 per year for the education and experiences. Families in the middle-class income bracket of $48,001 to $75,000 paid an average of $14,182 to send their son or daughter to Kenyon for a year.

Weaving his story through interviews with students, faculty, townspeople, large scale employers, and entrepreneurs, Mr. Bunch introduces his concept of four quadrants that most Americans can be grouped into. These are:

To provide background to support his premise that higher education has been responsible for creating our current political divide, Mr. Bunch writes about the history of federal funding of higher education beginning with the passage of the GI Bill in 1944. Prior to WWII, just five percent of Americans attended college. Thanks to the GI Bill’s generous terms, college enrollment doubled by late 1946 with nearly half of the students enrolled under the GI Bill. Two years after the GI Bill’s passage, President Truman announced his Commission on Higher Education. A year later, the Commission issued its report stressing the value of higher education to enhance and support democracy particularly by emphasizing “general education.” Even though the Commission supported making education through the “fourteenth grade” available in the same way a high school education was available, Bunch writes that they missed their chance at formally making higher education a public good through legislation and funding.

College and university student enrollments tripled from 1956-1970 and spending increased six-fold. State governments increased their support funding public universities and the newer community colleges. Beginning in the early 1960’s, college students were becoming more active in protesting the Vietnam War and supporting Black civil rights. Around the same time that Congress passed the Higher Education Act of 1965, an expansion of federal programs to bring college to more low-income families, the wave of college student protests was accelerating.

Violent protests on college campuses combined with violent civil rights protests spawned a new generation of conservative politicians. According to Mr. Bunch, the consensus that had generated taxpayer support for higher education and a liberal curriculum would start to collapse with the election of conservative politicians like Ronald Reagan in California and Richard Nixon as president. In 1978, Congress passed the Middle Income Assistance Act which removed limits on the amount of federal guaranteed student loans they could take out. That same year, California voters approved Proposition 13, a cap on property taxes that impacted how much money was available for services and programs like higher education.

In 1978, Harvard University raised its tuition by 18 percent. When applications didn’t decline the following year, Harvard continued to raise its tuition year after year at rates higher than inflation since parents of its wealthy students were willing to pay it. This was the beginning of an upward spiral of tuition and an arms race for prestige that would prove devastating for students who needed a college credential. To compete at the prestige level, many of the public flagships shifted their percentages of out-of-state and foreign students who paid higher tuition than in-state students. Students who couldn’t afford to pay these higher tuitions were able to borrow thanks to increased debt limits with no realistic assessment of graduates’ abilities to repay. College student debt continued to rise and rise until reaching its most recent level of $1.7 trillion.

Throughout the book, Mr. Bunch continues to interview and profile people, college students and others, who fit into one of his quad groups. His explanations for the election of Donald Trump in 2016 and Joe Biden in 2020 are excellent and logical (except to deniers of both political extremes). He concludes his book with a recommendation that we renew our national commitment to universal schooling or training benefits for all young adults, funded as a public good. He acknowledges that we won’t get there without a shared sense of national purpose that breaks down the barriers between Democrats and Republicans.

I enjoy recommending books about higher education to my friends who have never worked in higher education. After the Ivory Tower Falls is one of those books that meets the test of being well-researched and well-written. I hope that many who read this book recommend it to their friends as well. We need something that can kick start a new line of thinking and this could be it.