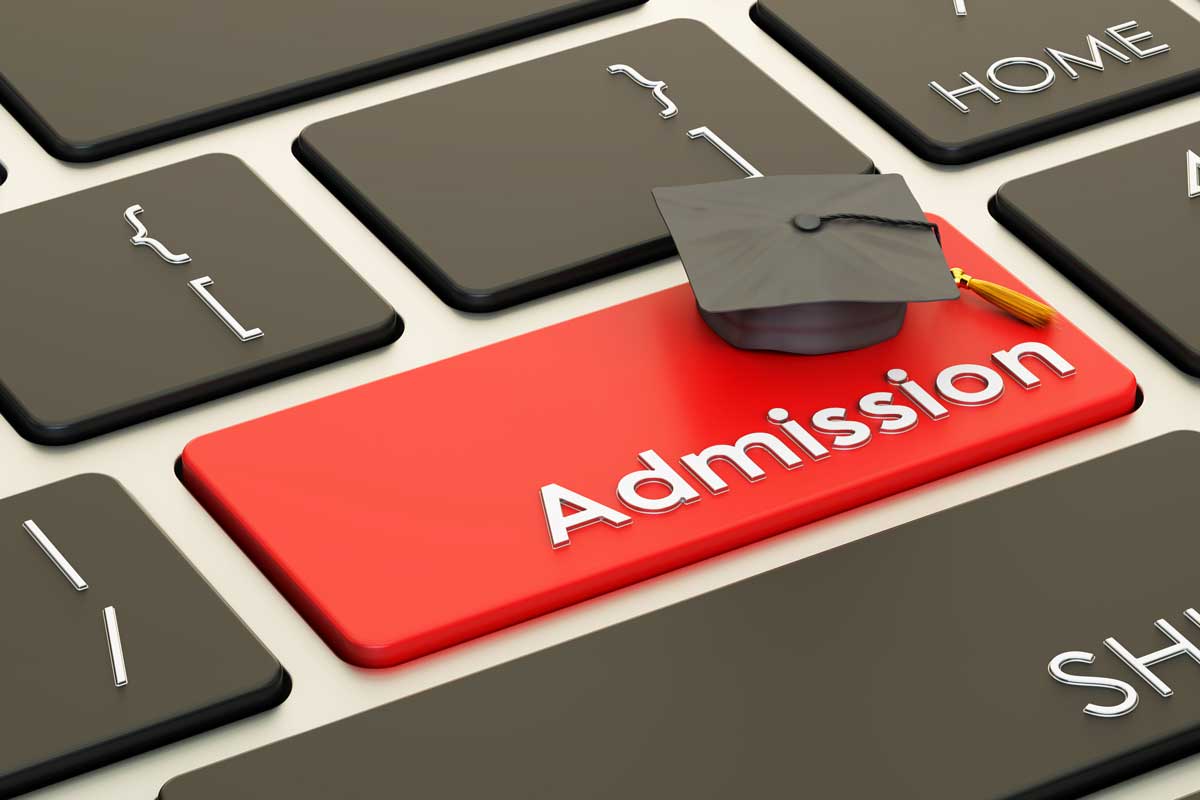 I received a phone call from a good friend the other day. While we were catching up, he told me that his son (a senior in high school) was deferred with his early decision application to an elite Ivy League university. I asked how many colleges his son was planning to apply to given that his application was deferred, and he replied five or six. I told him that may not be enough and forwarded him a link to an article published in Higher Ed Dive.

Rick Seltzer’s article in Higher Ed Dive includes data released by the Common App on Monday. Among the data released were the following:

A summary of the distribution of applicants based on application frequency is displayed in the table below. 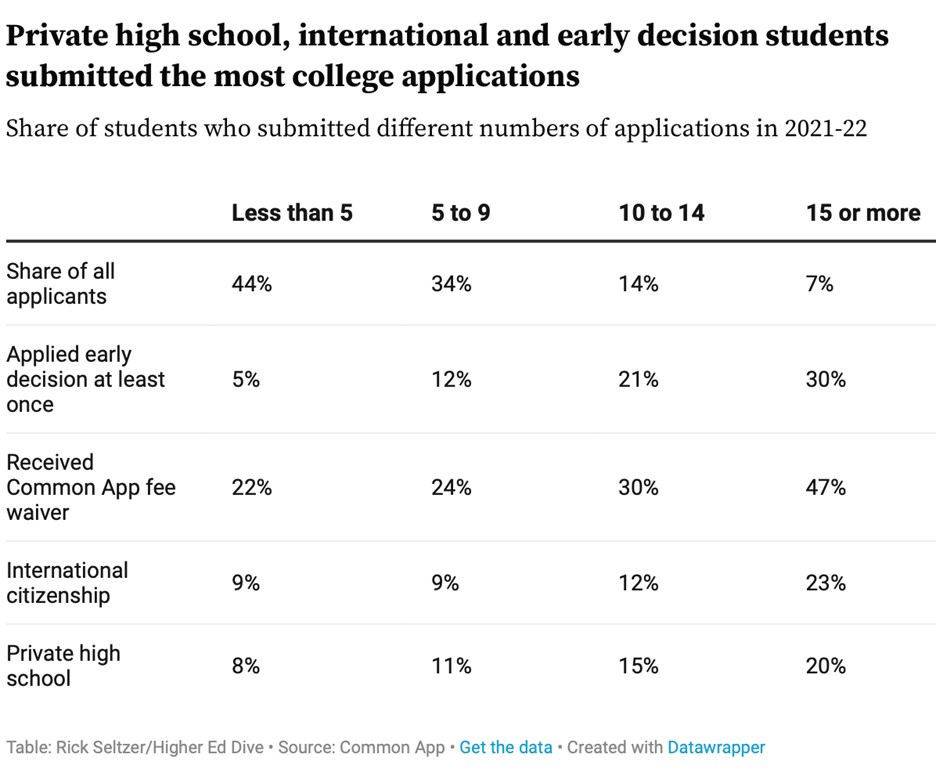 A distribution of the applicants based on reported SAT scores is appended below. 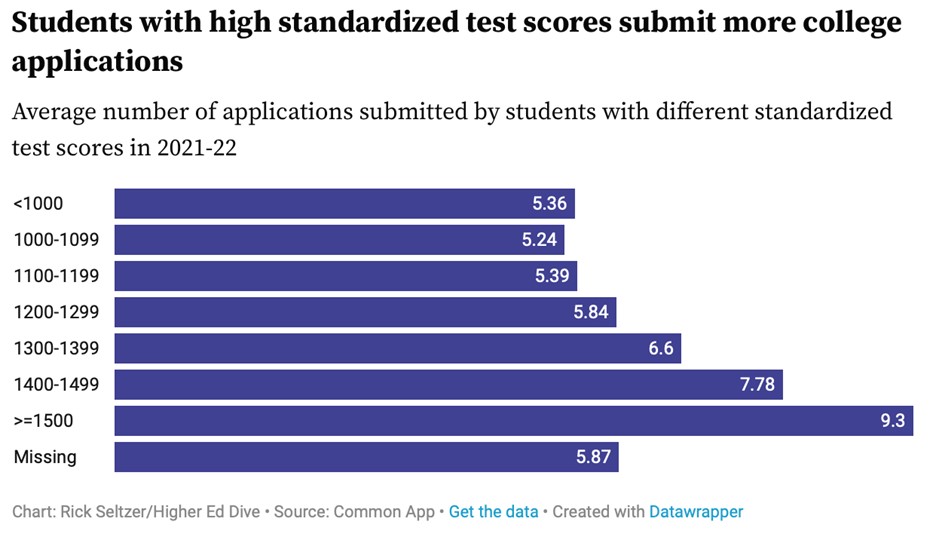 Over the past two years, the number of applications per student grew fastest among students who did not submit scores and those who reported scores of 1400 or more.

The Common App analysis reported “as the chances of admission to any single institution are more uncertain, the overall odds of admission to at least one can be increased by submitting more applications. Naturally, this effect would tend to result in a greater concentration of high-volume applicants in the pools of the most selective members.”

Given that the gap in the average number of applications submitted per student between institutions that admit 80% or more of applicants and institutions that admit less than 20% of applicants is approximately three, I surmise that the high average for the >80% group pertains to students looking for the highest financial aid and merit scholarship awards. The Common App analysis appears to support this with the comment that “members whose applicants had applied on average to eight or fewer Common App members were 45% private. Their average admit rate was 75%. With a 75% average admit rate, I’m positive that those private institutions offered a substantial first year student tuition discount given that the national average first year tuition discount was 54% in 2021-22.

The Common App analysis also referenced an academic research paper that supported several of their findings. I skimmed through that paper and note that it points out the widening gap between the less selective and highly selective schools in terms of the number of applications received. It’s a worthwhile read if you’re involved in the college enrollment management process. I’m not sure it provides high level overview data that are better than what the Common App reports.

I like the Common App. I think it’s very useful for students who are not certain about their chances of college admission or who are looking to apply to many private colleges and universities. The Higher Ed Dive article states that the Common App handled submissions from over 1.2 million unique applicants in 2021-22. Based on my rough analysis, that’s somewhere between 25% and 33% of all applicants in 2021-22. Why aren’t more applicants using the Common App? My guess is that those who don’t use it are applying solely to in-state public institutions.

The Common App is a non-profit entity. Despite that, they operate more like a for-profit entity given their growth in member institutions and services offered. I reported earlier this year about their direct admissions pilot. I can’t wait to read their analysis of how well that program worked for the participating institutions. With the shrinking numbers of high school graduates and smaller numbers of adults looking to return to college, the Common App will likely have to evolve to meet the needs of their high-volume private institutions. At the same time, their value to their members will likely increase as the number of overall applicants to higher ed institutions in the U.S. continues to shrink.

previous Credential Engine Issues its Latest Report and No Surprise, the Totals Have Increased
next Beyond Academics' Top 10 Things to Expect in 2023