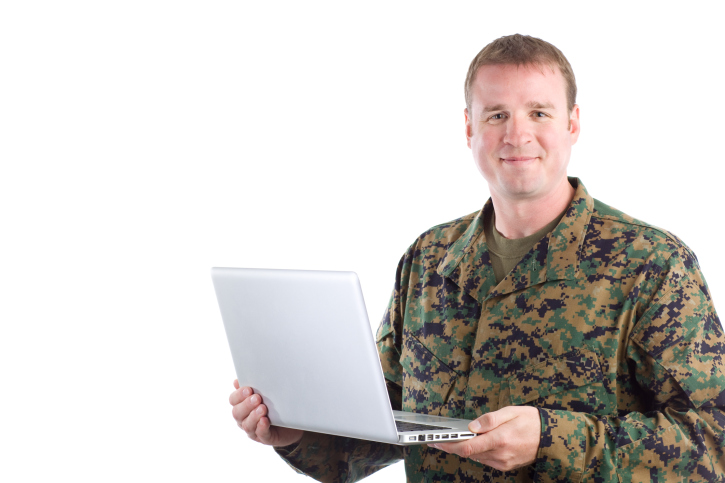 While much has been written about college persistence and retention related to traditional college students (18-22 year-olds matriculating immediately after high school graduation), substantially less has been written about adult students, particularly those whose jobs and family obligations make it difficult to attend college in a traditional face-to-face classroom structure. Many of the published research papers about non-traditional or online student persistence have been single-institution studies, offering little ability to make comparisons between studies because of the lack of common definitions and benchmarks.

Higher education leaders, as well as most policymakers, are aware that the Integrated Postsecondary Education Data System (IPEDS) maintained by the U.S. Department of Education’s National Center for Education Statistics (NCES) does not adequately track persistence and completion rates for non-traditional students. Since most APUS students are non-traditional and serve, or have served, in the U.S. military, I was thrilled to hear about the convening of the working group described below and its white paper.

In July 2012, the Servicemembers Opportunity Colleges (SOC) published a paper, “Educational Attainment: Tracking the Academic Success of Servicemembers and Veterans.” The paper was authored by a working group assembled to propose specific accountability parameters for institutions catering to active-duty servicemembers and veterans. The group limited its work to “identifying the need for metrics and how to define the participants in data collection.” Without attempting to define any benchmarks or identify any success criteria, the group provided a set of common definitions and a common methodology that “will permit comparisons of institutional-level metrics.” As part of its research, the group collaborated with other organizations, including Transparency by Design (TBD), the Council of College and Military Educators (CCME), the National Association of Institutions for Military Education Services (NAIMES), and the SOC Advisory Board.

The paper introduced a profile of the average military student and noted the unlikelihood of someone being both active-duty and a full-time, first-time student. Furthermore, inquiries of some of the largest post-secondary institutions serving the military indicated that the average military student in a college degree program enrolled in fewer than three courses per calendar year. Given those parameters, military students are not included in the IPEDS metrics tracked by the Department of Education, nor are they likely to complete their education in the 150 percent time limit tracked by the department (three years for an associate degree or six years for a bachelor’s degree). Servicemembers are described as increasingly mobile in their job assignments and as preferring the flexibility and portability of online courses, with 73 percent of all military students enrolled in online classes in FY 2011.

Due to deployments and the rapid pace of related activities, it is difficult for a military student to predict when is a good time to start a course or if they will be able to complete it on schedule. The authors note the importance for institutions serving the military to have a liberal withdrawal and leave of absence policy for work conditions beyond student control. Many military students attend multiple institutions with frequent stopouts. Supporting data provided to the working group indicated that the average military student attends three or more colleges before earning an undergraduate degree.

Attendance at multiple institutions by adult students is referred to as “swirling” and isn’t necessarily bad. Rather, because it is a fact of life for military students, the group asked themselves, “At what point is it reasonable to expect that it is the intention of the student to complete a degree at a given institution?”

The group recommended that the following two separate cohorts be established for tracking purposes at institutions that serve more than 100 active-duty or veteran students:

Military Students – defined to include active duty, reserve, and National Guard members receiving tuition assistance (TA). This group will only include military students who (1) have successfully completed three courses totaling nine credit hours in a two-year period, (2) have a cumulative grade-point average (GPA) greater than or equal to 2.0, and (3) have transferred and had accepted at least nine credit hours. Completing three courses and requesting that a transcript be sent to the institution should constitute enough evidence that the student intends to graduate from a given institution. The group decided that how the credits are earned (by transfer, MOS/Rating, or exam) is irrelevant. The cohort will be tracked at a rate 200 percent that of normal time, that is, eight years for bachelor’s degrees and four years for associate degrees. Once captured, a student will remain in the cohort regardless of military status in future enrollments, and a cohort will be measured on a calendar year to include various start dates across multiple months since online offerings are generally more frequent than traditional semester-based programs.

Veteran Students – the cohort should be tracked separately from the military student cohort but the parameters should generally remain unchanged, with the following exceptions: (1) define veteran students as those receiving education benefits from the U.S. Department of Veterans Affairs, and (2) include all veteran students who have successfully completed five courses/15 credit hours in a two- year period. The group noted that constructing data metrics for veteran students is more difficult than for military students because there are multiple educational benefit programs for veterans versus the single TA program for active-duty.

While some readers unfamiliar with military or veteran students may wonder why the group included transfer credits as a requirement for a student to be included in the cohort, military-friendly institutions will accept most, if not all, of the ACE credit recommendations for military training and, in almost all cases, that will exceed 15 credit hours. Students who do not submit their transcripts are likely attending another institution and only enrolling to take courses for transfer.

The group concluded its paper with the following five recommendations, for conversation only:

Since publication of the White Paper until the present, I have supported its findings and institutions using its definitions to track the progress of military students and veterans. Unfortunately, there has been no collaboration between the departments recommended by the working group, SOC, and higher education stakeholders. That’s especially regrettable since the working group’s efforts to establish boundaries for defining student cohorts and how they would be measured are well-suited for military and veteran students. Based on my conversations with colleagues at institutions that serve other adult students, these boundaries or something similar may also work for other adult student categories.

Given that adult, non-traditional students comprise at least 80 percent of all college students, it is imperative that we embrace metrics developed through collaborative, apolitical initiatives. Any such collective effort should ensure that our nation’s servicemembers and veterans have access to data showing that an institution matches their unique needs, which are typically different from those of a recent high school graduate able to attend college full-time.