Back When Green Was Just Common Sense

Back When Green Was Just Common Sense

It has been a while since I have written about APUS’ green initiatives but after spending several days at the Education Innovation Summit at Arizona State University’s SkySong Center, I was inspired to provide an update. ASU is a founding signer of the American College and University President’s Climate Commitment (ACUPCC) and the school’s President, Michael Crow, has made sustainability a priority for ASU. The SkySong Center is a state-of-the-art mixed-use facility that has received Leadership in Energy and Environmental Design (LEED) certification from the U.S. Green Building Council. In a previous article, I wrote (very favorably) about my thoughts on the Summit but while I was at SkySong Center, I also was reminded of the importance of higher education’s role in the sustainability movement.

APUS recently completed the newest addition to its Charles Town campus – a 44,000 square foot, state-of-the-art green building which is anticipated to receive LEED certification later this year. The building features solar panels, low VOC paints and finishes, a reflective roof, a variable flow HVAC refrigerant system, and double hung windows designed to reflect ultraviolet rays, to name only a few of the elements that make the building green. All furniture in the building was either made or purchased within 500 miles of the site and the building sits atop a restored Brownfields site. To see more information about the specific elements of the building that make it green, take a look at the article published on the APUS Sustainability Committee blog when the ribbon cutting for the building was held.

As I think of the commitment to sustainability made by the now 677 signatories of the ACUPCC, I am proud that APUS is a charter member. The initiatives are important if the member colleges and universities can call attention to the benefits of being environmentally conscious.

Years ago, people used to hang freshly washed clothes on a clothes line in their backyard to dry in the air, not in an energy guzzling machine. They walked distances to visit friends instead of climbing into inefficient vehicles to travel just a few blocks. Mowing the lawn used to require some muscle and energy from the individual mowing; now we use lawn mowers powered by fossil fuels that can move with little to no effort from the individual. Children played outside instead of sitting in front of one of several televisions in their homes all day. Individuals who wanted to improve their health took a walk outside; they did not spend money on expensive gym memberships to run indoors on electric powered treadmills. Corporations, on the other hand, were not so green, choosing to consume energy as long as it was cheap.

The irony in all of this is that our parents were “green” without even thinking about it. Today not only do we have to consciously think of how to “go green,” we expend tremendous resources to get there. In all of the examples above, energy was expended by the individual, not the machine, which is at least one reason why we are now a nation of overweight individuals. Our lives have become so accustomed to leisure that we think nothing of the practices that are now commonplace (including using dryers, gasoline-powered lawn mowers, and watching television for hours on end, to name only a few). Many corporations and universities have watched the cost of energy increase as well as the cost to society for an ignorant approach to the merits of conserving energy, recycling, and practicing good stewardship with our environment.

I am happy that many Americans are taking measures to implement greener practices in our daily lives, at our places of employment, and requiring such practices of the companies whose products we purchase. Taking a walk outside may be helpful to our waistlines as well as the environment. Given the increased levels of stress, it may also be helpful to our mental health. Having healthier employees benefits companies/universities in many ways from better attendance through fewer sick days to lower health insurance costs. In later years, these practices benefit our country through lower Medicare and Medicaid costs for the elderly. Reducing carbon and other emissions also reduces the incidents of asthma and other respiratory diseases in the young and the elderly. 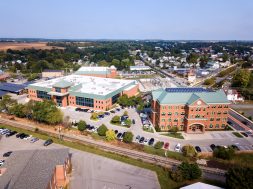 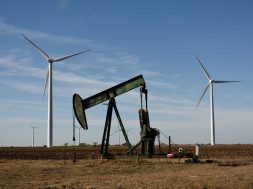