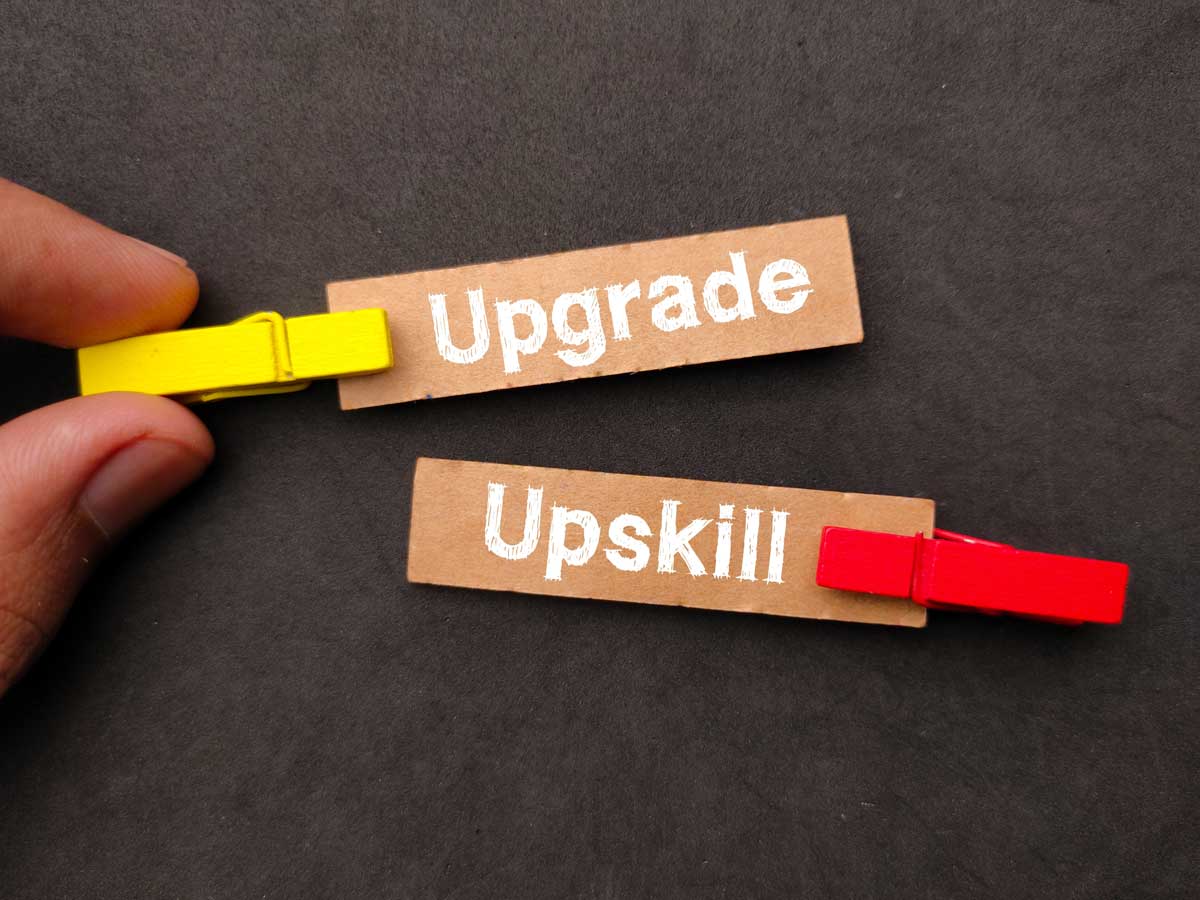 Throughout the years, I have enjoyed reading some of the detailed education research reports from BMO Capital Markets Corp. analyst Jeffrey Silber. His recently issued paper, The Upskilling and Reskilling Sector: Bridging the Gap, is extremely insightful on many fronts.

When I selected the words “upskilling and reskilling” as the terms for a Google search, I quickly received links to more than 2 million sources, the most popular of which were links to articles from very large consulting firms. Mr. Silber’s and his colleague Ryan Griffin’s Executive Summary provides an insight to the prominence of consulting reports when they write that “the job market of today and tomorrow is being disrupted by technology and automation; and while many jobs will disappear, new ones will likely take their place.” While the co-authors do not size the overall spending in reskilling and upskilling, the sources they cite range from a high of $375 billion in U.S. spending (source: Achieve Partners) to a low of $200 billion in global spending (source: Udemy).

The World Economic Forum’s The Future of Jobs Report 2020 is cited for its estimate that 85 million jobs will be replaced by 2025 because of automation and that 40 percent of core skills will change for workers. Messrs. Silber and Griffin note that these estimates imply that 1.3 billion employees will need to be reskilled in five years or 260 million each year.

LinkedIn’s research is cited as the source reporting a 25 percent change in job skill sets since 2015 and a forecast that the percentage will double to 50 percent by 2027.

Messrs. Silber and Griffin assume that corporations will account for 50 percent of the overall upskilling market (based on data from Deloitte’s Trends in Human Capital Report). Their estimate of enterprise pricing of $360 annually per employee provides an indicator why tapping into this market will be difficult for most colleges and universities. The BMO estimate of $360 per employee is substantially less than the World Economic Forum estimate of $1,300 for upskilling an employee. Employee reskilling initiatives are much more expensive at nearly $10,000 per employee according to data cited from the Work Institute.

Corporate training is the first sector discussed in the report. Messrs. Silber and Griffin provide an estimated spend of $92 billion for corporate training in the U.S. in 2021. Most of this spending is on internal training staff payroll although they write that their estimate includes outside products and services. Advancements in virtual training are projected to drive high single digit growth per year for the next few years. They note that the training market is highly fragmented and is dominated by private companies specializing in a particular niche.

Education as a benefit is another category discussed in the report. U.S. companies reportedly spend approximately $28 billion annually on tuition assistance programs for employees. Messrs. Silber and Griffin write that only two percent of employees traditionally use these programs but a renewed focus on skilling may increase that percentage. The Internal Revenue Service exempts the first $5,250 reimbursed by a company for its employees’ undergraduate education each year which is why many corporate programs only provide reimbursement for undergraduate education. The reason why more working adults do not utilize these tuition reimbursement programs has more to do with demands on their time due to job, family, etc. and the time it takes to earn a degree than it does the cost of the degree.

Coding bootcamps are described as short, full-time programs typically 3-5 months long with a $10-15,000 cost. The global market size estimate of $1.2 billion cited is from HolonIQ with increased spending estimated at $3.1 billion by 2025.

HolonIQ is cited as the source of the estimated $10 billion global MOOC (Massive Open Online Courses) market. Many MOOCs are free and there are many education and training providers interested in tapping into the nearly 220 million global learners who have accessed these courses provided by nearly 1,000 university partners. Messrs. Silber and Griffin note that MOOC content continues to grow at a high rate, but an increasing number of non-university corporate partners are now adding content.

Micro and Alternative Credentials are defined as “technical and professional skills obtained in short courses to demonstrate proficiency in a particular skill set.” Once again, HolonIQ is cited as the source for the estimated $10 billion market predicted to grow to $20 billion in 2025. The HolonIQ report cited notes that $10 billion is a very small percentage of a global $2.6 trillion 2019 spend on post-secondary education and workforce training. These shorter term and less expensive courses will place pressure on post-secondary tuition to deflate as more workers seek quicker education and training solutions to increase their earnings. Messrs. Silber and Griffin write that “university leaders see micro or alternative credentials as a way to bridge the gap between the soft skills developed in university classes and the tangible skills required for the modern workforce.” They add that the pandemic changed the projected market growth in online degrees and micro-credentials from $36 billion in 2019 to $117 billion in 2025 (source: HolonIQ). Coursera, edX, Udacity, and FutureLearn are portrayed as the largest providers of micro-credentials today. Measuring the share offered by colleges and universities would be close to impossible for a sector that mostly reports the number of students seeking a degree, not taking short courses.

Naturally, Messrs. Silber and Griffin provide analyst reports on the various public companies that they cover in these sectors. I chose to omit that information as well as information reported about the language learning sector. Almost all the outside reports cited by Messrs. Silber and Griffin are publicly available. Most of the data included relates to the U.S. market or the global market and as such, is not useful to most colleges and universities. However, the trendlines are notable and the report and its cited sources should be useful as institutions plan their future strategies for embracing reskilling and upskilling as part of their educational programs. Without a strong commitment to resourcing, it’s unlikely that any major new player will surface from the ranks of traditional colleges and universities.