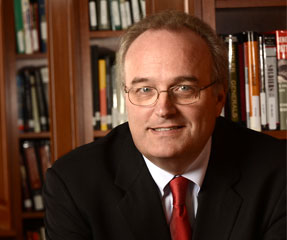 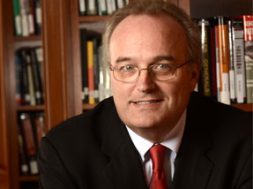 On August 22, 2019, I announced that I would retire from my position as CEO of American Public Education, Inc., (APEI) effective September 23. I also noted that I would continue as president of American Public University System (APUS) but would also retire from that role on June 30, 2020. Since today is my last as CEO, I wanted to reflect on my career and what might be next.

Forty-three years ago, I enrolled in the MBA program at Tulane University’s Graduate School of Business Administration (affectionately known then as TUGSBA, and now as the Freeman School). I conformed to the profile of many full-time MBA students at that time: liberal arts degree (A.B. in History from Duke) with no undergraduate business courses on my transcript. Most of my undergraduate curriculum consisted of reading, writing papers, and taking essay exams. The MBA curriculum reversed that experience with first year accounting, finance, economics, marketing, and statistics courses that were heavily oriented toward solving problems until the material was mastered.

The second year followed the case study format which benefitted those of us with a liberal arts degree. MBA students were encouraged to concentrate in one or two areas (meaning that we took additional elective courses in that concentration) and I opted for Marketing and Accounting. Why did I choose that odd combination? Marketing seemed aligned with my liberal arts way of thinking and one of my accounting professors encouraged me to concentrate in accounting in order to sit for the CPA exam because “the CPA profession needs more people like you.”

I thought I found the perfect career choice when I accepted an offer with Price Waterhouse & Co. (now PwC). I targeted the management consulting division and spent a year and a half with the audit division (passed the CPA and CMA exams during that period) before becoming a full-time consultant. Because I was in a smaller office (Baltimore) and not a systems analyst, I had a diversified group of smaller company clients and diverse assignments ranging from mergers and acquisitions financial modeling to designing and implementing accounting systems. Ultimately, one of the firm’s clients (National Realty Services, aka NRS) offered me a job as CFO.

NRS was a syndicator of real estate limited partnerships brokered through various investment banks in the U.S. The most successful partnerships owned apartment complexes with low interest HUD-backed loans that were located in areas with projected population growth. Structuring these transactions required knowledge of federal and state income tax regulations, HUD regulations, zoning regulations, and the commercial loan market. It was a furious pace of activity at NRS until demand halted for these partnerships after passage of the Tax Reform Act of 1986.

At the time that we were winding down activities at NRS, my former PwC colleagues alerted me to a CFO opportunity at a new client of theirs, Meridian Healthcare, a privately-owned company operating long term care facilities in two states. The company had plans for expansion and was looking for a CFO with knowledge of real estate and banking. I joined them in November 1985 and before leaving seven years later, we more than doubled the number of facilities we operated while expanding to five states. We also added long term pharmacies, a clinical lab, physical therapy agency, home health agency, and assisted living facilities to our portfolio of healthcare entities.

I left Meridian to become CFO of Manor Healthcare, a division of Manor Care, Inc., a public company that owned skilled nursing facilities, institutional pharmacies and Choice Hotels, the franchisee of Quality Inns, Comfort Inns, Rodeway Inn, and EconoLodge. Manor Care grew and changed dramatically during my five-year tenure. We spun out our hotel franchising division into Choice Hotels, Inc., another public company. Our institutional pharmacy division was spun out into a public company, Vitalink Pharmacy Services, in which Manor Care retained a significant ownership. We added subacute and rehabilitation units to our skilled nursing facilities, built new skilled nursing facilities, and created two assisted living brands, Arden Courts and Springhouse, adding dozens of complexes throughout the US. Manor Care was a multi-billion-dollar business, highly regulated on the healthcare side, and complicated in that it fueled its growth through real estate development and construction, handing over healthcare facilities that were operated by experienced professionals.

In 1998, Manor Care sold Vitalink to Genesis Health Ventures, which owned a similar company, NeighborCare, and planned to consolidate the two companies into the second largest company in the sector. I interviewed with NeighborCare’s CEO and joined them as their COO with the task of integrating the merger with Vitalink and reorganizing the regional and corporate operating structure as well as consolidating some locations in overlapping markets. The combined company operated locations in over 40 states with revenues exceeding $1 billion. We achieved our goal in 14 months. Shortly after that, our CEO resigned to join a private equity firm as a partner and I was promoted to CEO of NeighborCare. Less than three months later, Genesis filed for Chapter 11 reorganization, a result of changes in Medicare reimbursement created through the Balanced Budget Act of 1997 and using debt to acquire companies prior to the reimbursement changes. NeighborCare’s profitability made it the attractive asset for the senior creditors of Genesis to spin out as a separate public company. During that process, the creditors committee decided to bring in an experienced public company CEO and offered me another role that I opted not to take.

A week after I left NeighborCare, I received a call from a Board member at Sun Healthcare Group in Albuquerque, New Mexico. Sun was one of the five large long term care public companies that had filed for bankruptcy before Genesis Health Ventures. They asked me if I would consider joining them as CFO to assist the company in its exit from bankruptcy, and I joined them in August 2001. We exited bankruptcy in April 2002, less than a year later. Sun had grown also through acquisitions financed by debt. In order to exit bankruptcy, we sold or returned to lenders assets with nearly $2 billion in revenues with the remaining company keeping assets with approximately $1 billion in revenues. My job done, I returned to Maryland to think about my next opportunity.

In August 2002, I received a call from a friend of mine who was providing consulting services to the founder and CEO of APEI, Jim Etter. APEI was in the final stages of a major private equity fund investment and was looking for an executive to join the team who had led significant growth initiatives. I met with Jim and agreed to start as CFO in September 2002. In June 2004, I succeeded him as CEO of APEI and as president of APUS. During this period, we earned our regional accreditation with the Higher Learning Commission of the North Central Association. We also earned approval to participate in the Federal Student Aid program as a fully online institution.

We successfully conducted an Initial Public Offering on the Nasdaq Exchange and two secondary offerings which exited our original private equity investors. Our student body increased in size from approximately 2,000 when I began to more than 80,000. APUS nearly doubled its number of degrees from 61 to 110. We earned multiple specialty accreditations and received approval to offer doctoral programs beginning in 2018. Our alumni number more than 90,000, increasing by approximately 10,000 each year. We are so proud of our successful retention initiatives that my colleagues are writing a book about them and hope to publish it by early 2020.

My short term goals are to provide Angie Selden with as much background information on APEI and APUS as possible. I also intend to continue leading APUS while assisting the Board of Trustees in identifying and selecting a new president. I don’t know much about what I’ll do post June of 2020, but I will share this piece of information. My father retired from Deere & Company at the age of 57. This past February, he retired from the job that he took after Deere and just celebrated his 89th birthday.

Lastly, I am grateful for the many opportunities that I have had over the years. Through those opportunities, I have been able to meet and work with many fine individuals, all of whom have contributed to my development and successes. As one of my coaches told me back in high school, “there is no I in team.” Many thanks to all of you who have contributed to my journey!  I look forward to the future. 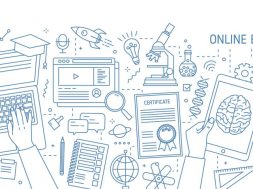