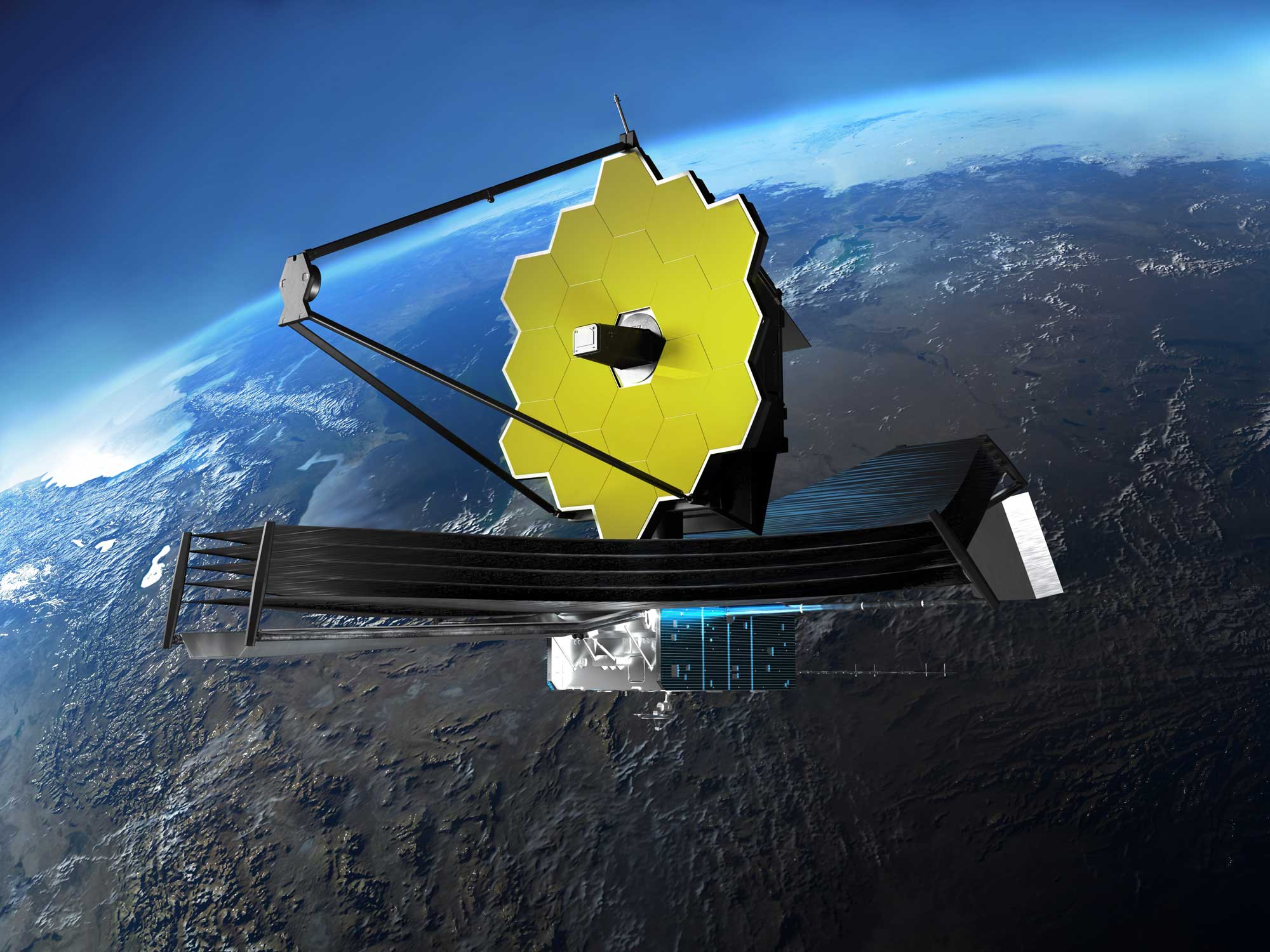 I grew up during America’s space race to the moon and remember watching most of the Mercury, Gemini, and Apollo launches including the Apollo 11 moon landing in 1969. With the creation of the space shuttle program and construction of our space station, America’s post-moon landing space program focused more on conducting scientific experiments instead of traveling to the moon or other planets.

The construction and launch of the Hubble Space Telescope in 1990 provided images of objects in deep space unable to be captured by observatories on earth. Scientific discoveries over the past three decades based on Hubble observations include confirming the existence of black holes in galaxy cores, measuring the composition of exoplanet atmospheres, and verifying the accelerating expansion of the universe.

The Hubble Space Telescope has outlived its expected lifetime. More than two decades ago, NASA began planning for Hubble’s replacement. The James Webb Space Telescope was designed to answer some of the unanswered questions relating to the creation and size of the universe. Behind schedule by years and over budget by billions of dollars, the Webb Space Telescope launched from French Guiana on December 25, 2021.

When it’s deployed in its target destination one million miles from earth, the Webb Space Telescope will be the largest and most technologically advanced telescope ever built. Hubble and Webb are both reflecting telescopes. Hubble’s design was optimized for shorter ultraviolet and visible wavelengths of light, whereas Webb’s deeper infrared vision will cut through dust and gas where stars and planets form. Webb’s primary mirror is significantly larger than Hubble’s (6.5 meter vs. 2.4 meter) which gives it six times the light collecting area that Hubble has. That increased light collecting area plus more advanced technology incorporated in the Webb design will allow astronomers to view objects more than 100 times fainter than what Hubble can currently observe.

In order to capture the longer and fainter infrared wavelengths of light, Webb’s mirror not only has to be larger, but it also must be colder. Hubble is positioned in an Earth orbit approximately 340 miles away. When Webb reaches its final orbit position, it will be approximately one million miles away from Earth. From this vantage point called the second Lagrange, the Sun, Earth, and Moon will always be in the same part of the sky. This allowed Webb’s designers to include a large sunshield to block the light and keep the telescope extremely cold (-364 degrees F).

NASA’s Webb Space Telescope website allows anyone to track the progress of the mission (as of the time that I wrote this post, the telescope was 582,056 miles from Earth with 316,648 remaining miles. All five layers of the sunshield were deployed today and the site is now displaying the recorded temperatures on the hot side (128F) and the cold side (-233F). If the sunshield deployment had not worked as planned, the mission might not be successful since there is no way to repair the Webb given its distance from Earth. The unfolding process includes 300 single-point failure items and 178 release mechanisms. The next scheduled deployments are the secondary mirror, the primary mirror, and mirror segments.

There are additional actions that must happen before the Webb Telescope can be operational. The mirror, which is constructed with 18 gold-coated hexagonal segments, will take 100 days before it cools to its operational temperature. After that occurs, the mirrors will be aligned remotely to ensure that the seams between the 18 segments are completely smooth. The first images from the telescope are expected to be received sometime in the summer of 2022.

Astronomers who want to use the James Webb Space Telescope submitted proposals for Cycle 1, the first year of available time. The Space Telescope Science Institute (STSci) received 1,173 proposals for Cycle 1. It’s the STSci’s job to determine what the Webb Telescope will do each year after evaluating the proposals. In order to evaluate the quantity of proposals received, the STSci created a Time Allocation Committee including 180 astronomers and astrophysicists from around the world. People who submitted proposals were not told who would be evaluating theirs and people on the committee did not know who submitted the proposal.

The STSci selected 266 proposals from 41 countries for Cycle 1. The Verge has an excellent article describing some of the proposals accepted and rejected. In Cycle 1, there are 10,000 observation hours assigned. Approximately 60 percent of these hours were allocated to scientists who submitted proposals and 40 percent were allocated to scientists who helped build the telescope and its components. What’s interesting is that there are only 8,760 hours in a year. The STSci scientists know that there may be some instruments that fail to execute properly for a given observation. Rather than losing that time, they want to have extra observations lined up that can use the time slot with a different set of execution instructions.

NASA has planned for five and a half years of James Webb Space Telescope operations. Ideally, they will get 10 years. While the Hubble Space Telescope has operated for more than three decades, it’s also been repaired and upgraded, something not feasible with today’s space program.

While most of the recent years’ space activities and news has involved the private sector’s involvement with new manned vehicles and satellite launches, the James Webb Space Telescope is arguably one of the projects that requires big government funding because of the cost and the risk of the mission. The advances in science are fascinating as they include the fields of engineering, mathematics, physics, communications, optics and more. I can’t imagine what it takes to observe unknown objects in space near the edge of the universe and determine the composition of their atmosphere or core or how fast the universe is continuing to expand.

I look forward to continuing to read about the progress of the James Webb Space Telescope as it continues with its deployments and travels to Lagrange 2. The community of astronomers and astrophysicists are waiting anxiously to hear that everything functioned correctly, and the observations and experiments will begin. Assuming that’s the case, I’m sure the JWST will be even more impactful than Hubble which will be available if its equipment continues to function.