The Fall of the Berlin Wall

The Fall of the Berlin Wall

The 20th anniversary of the fall of the Berlin Wall was a week ago on November 9.  I remember it well.  CNN was still in its infancy and yet its coverage of the emotion of the crowd was worth watching long into the night.

I grew up during the Cold War.  In the 1960’s and 1970’s, all public schools held Air Raid drills.  We were taught where the fallout shelters were.  Our enemies were the Russians and Chinese.  As an undergraduate at Duke University, I was fascinated with American diplomacy and followed the policy of containment favored by George Kennan and the policy of arms superiority favored by Paul Nitze.  In the end, Kennan’s policy worked because of Nitze’s interpretation that the Soviets would only respect strength.

Twenty years after the fall of the wall, there’s now a generation of Americans who were born after the end of the Cold War.  Unfortunately, the world is not at peace.  The same technologies that have “flattened” the world (according to author Tom Friedman) have also provided terror groups with access to like-minded members around the world.  Fighting these groups will require a sophisticated alignment between domestic and international intelligence agencies as well as state and local law enforcement departments.  While this is not my area of expertise, I sense that this effort will require unprecedented cooperation and that some of the cooperation will be encumbered with political roadblocks.  Academic institutions can do our part by providing relevant courses and programs ranging from National Security and Diplomacy to Strategic Intelligence and Homeland Security.  I hope the era of terrorism falls sooner than it took for the wall to fall. 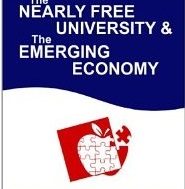