Harvard’s Graduate School of Business Administration is known for its case study methodology. In the Content Trap, Dr. Bharat Anand describes several corporate users, their industries, and the ways in which these companies improved their connections to enhance their growth and success.

We have witnessed declining newspaper readership over the past few decades, and many believe that the culprit is digital alternatives. Dr. Anand notes that this decline has been underway for more than 60 years, caused by multiple technologies from radio and TV networks to cable TV and 24/7 news channels.  The impact of the Internet is no greater on readership than the technologies that preceded it. The other two sources of newspaper revenues are classified and retail ads. Classified ad revenues declined precipitously during the past decade (2000-2010) and the reason is that sellers and buyers favor products with more connections.

Sites like Careerbuilder.com, Monster.com, Ebay, and Craigslist were the culprits and the feedback loops offered between buyers and sellers were much more efficient than traditional newspapers. Readers of newspapers didn’t migrate to news on the Internet, but the sellers and buyers of classified ads moved so quickly that the classified’s subsidy of the news organization lagged the ability of newspaper management teams to cut costs. Papers did not capture digital user connections fast enough. According to Anand, feedback loops in classifieds exemplify one of the most important digital business ideas – network effects.

Network effects are all about user connections. They are why tech companies appear to be obsessed with “free” content, fast growth, and rapid prototyping.  The more users of a networked product, the greater the value of the network to the user.  Think of Facebook, Instagram, Snapchat, and instant messaging services.  There are indirect and direct network effects and either can be very powerful, if used correctly. The strength of network effects can overwhelm attractive product features. Craigslist, for example, won over its rivals because it established more connections faster. Product managers who only think about product content will lose out to companies that establish more user connections even though they may innovate less often. Amazon, Facebook, and Apple are companies that established connections by migrating from a product approach to a platform approach.

Networks can be used for content creation as well as consumption. Crowd-sourcing and user-generated content are terms familiar to all of us, represented by such crowd-reliant models as Twitter, Facebook, YouTube, WikiPedia, Kickstarter, and GoFundMe. The first challenge is to create great content and the second, to get others to read and share it. Having content shared creates an incentive for people to create it. Crowds also require management, including selection, incentives, and curation. The connections need to be worthwhile in order to expand the network. It’s not enough to allow people to create content; the right contributors are necessary and you want them to connect and share.

Another good example is Tencent, a Chinese company that originally offered free instant messaging and is now a $100 billion business. Its entire strategy is based on user connections. After providing a free instant messaging service, Tencent began collecting revenues by charging users for unique personal online identities. Its next major product offering was personal avatars, from which users could supplement the avatars with various features for a small charge. Three years after its founding, Tencent entered online gaming, creating connections across different products to offer a portfolio of connected networks. It later created a mobile product called WeChat, growing to 300 million users in China alone.  By 2013, more than 90% of Tencent’s revenue came from user charges and only 10% from advertising.

Anand concludes this part by recommending that companies create to connect. Product quality, hypertargeting, user personalization, and customization are popular prescriptions for digital success.  However, trying to achieve them without developing the connections that allow the company to manage customers as a portfolio is a mistake. 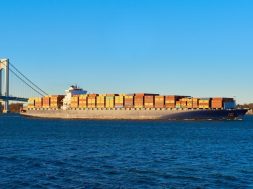