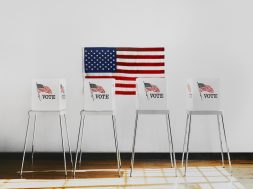 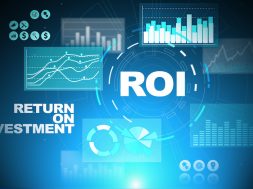 The outcome of this year’s presidential election was not surprising, at least to me. For all of the Lincoln Republicans who voted for Mr. Biden, none of them likely voted for the Democratic candidates running for other offices. As a result, the presidential election was much closer than predicted, the Democrats lost versus gained a few seats in the House of Representatives, and the Republicans did not lose as many Senate seats as once predicted.

Because the election results were too close to call until Saturday, no one has focused that nearly $14 billion was spent on advertising for the candidates. Approximately $6.6 billion of that was spent on the presidential election alone; the rest was spent on Congressional candidates. The biggest spenders were Democratic candidates, who outspent their Republican opponents nearly two to one.

President-elect Biden has said that he will unify the country. That would be nice, but very surprising. The last time I remember a president from one party working with a leader from the other party was when Ronald Reagan and Tip O’Neill worked together to cut government spending and to firm up the Social Security program. Sadly, that was nearly 40 years ago.

Since then, Presidents have achieved legislative success when controlling both the Senate and the House (remember the Affordable Care Act?), and have used Executive Orders as well as other regulatory processes controlled by the Executive Branch departments (i.e., Department of Education, Department of Energy, Department of Defense, etc.) to change regulations when they could not achieve legislative success due to not controlling both chambers of Congress. Sadly, those processes have implemented more extreme regulations than would have been approved by the joint committees of Congress.

While I consider myself an optimist, I am not optimistic about our current political situation. With Georgia’s two Senate seats in play for a January runoff election, estimates have surfaced that an excess of $200 million will be spent by both parties in order to win and tip the balance of power in the Senate. If the Republicans continue to control the Senate after that election, it will be likely that Congress won’t pass much legislation with alignment from both parties.

The White House will issue Executive Orders pertinent to their party’s agenda since there are few ways to ensure bilateral agreement between the parties. If the Democrats control the Senate, they’ll pass legislation in their best interests with little consideration for Republican agendas since they will also control the House and the White House.

None of this is good for our country. I believe that imposing term limits would help. Term limits would limit the ability of the Speaker of the House or the Senate Majority Leader to refuse to consider legislation until the next election.

I also believe that we need to cap the money spent on elections. Election 2020’s $14 billion is double what was spent in Election 2016. Years ago, Congress passed anti-trust legislation giving the government the ability to keep companies from controlling markets. Perhaps it’s time a similar approach should be applied to politics. If we had more political parties, our senators and congressmen might be forced to work across the aisle.

The issues that our country needs to solve are numerous. We need to find ways to break down barriers, rather than putting more of them in place. Otherwise, the rancor will continue, and we’ll find ourselves in the same place two years from now.

tags: donald trump Election 2020 Joe Biden original
previous Thoughts on Election 2020 and the State of Our Country
next Gainful Employment Regulations Are Good, if Applied to All Institutions