In 1907, the U.S. Army Signal Corps was created to assume responsibility over all matters pertaining to military aviation, and in its earliest days was a fledgling force of only eight aviation balloons, a dozen officers, and only slightly more enlisted men.  From that small yet effective force came the modern United States Air Force, established as a separate branch of the military services on September 18, 1947.

In the decade before its separation from the United States Army, the U.S. Army Air Corps as it was known proved its strength during the protracted battles of World War II.  By September 1939, the German army and air force had managed to defeat and occupy Poland, Norway, Holland, Belgium and France.  It was in the wake of such worldwide conflict that the Air Force began to develop into one of the world’s most effective military forces.  Equipment and funding poured into the U.S. Army Air Corps as President Franklin Roosevelt began to realize that in order to defeat the determined Germans, the United States would need a superior military aviation force.

During the Cold War, the Air Force was called upon to assist with “Operation Vittles”, also known today as the Berlin Airlift.  Through the efforts of the U.S. Air Force (operating in conjunction with the Royal Air Force of the U.K.), West Berliners were provided with food and other vital necessities.  Because of the success of the airlift, the Soviets were forced to give up their blockade.

Today’s Air Force is comprised of more than 328,000 active personnel and 67,000 reservists.  The responsibilities of the Air Force have expanded with changing international events.  The Air Force has been a fundamental component of several humanitarian operations including Operation Provide Comfort in 1991 in which the Air Force helped deliver humanitarian aid to Iraqi Kurds fleeing their homes after the Persian Gulf War.  Also in 1991, under the guise of Operation Sea Angel, the Air Force provided humanitarian support to survivors of the catastrophic cyclone in Bangladesh that left more than 138,000 dead and ten million homeless.  Most recently, the Air Force has deployed a team to Cameron Parish, Louisiana to assist with cleanup efforts in the wake of Hurricane Ike.

The Air Force’s motto is “Above All” and the history of this branch of the service shows that today’s Airmen are living up to that motto in extraordinary ways.  From fighting today’s Global War on Terror (GWOT) to providing humanitarian assistance to victims of the 2004 tsunami through Operation Unified Assistance, the United States Air Force is a vital part of today’s military forces.  Airmen, many of whom are our students, today we salute you and congratulate you on your 61st birthday! 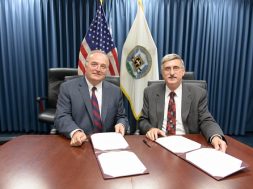 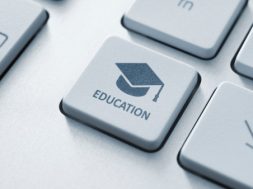