With all of our students studying online from around the world, it’s rare that we have the opportunity to bring 1,000 or more of them together with our faculty and staff. APUS annually celebrates our graduating students from American Military University (AMU) and American Public University (APU) with a ceremony that allows any who graduated over the previous year to don a cap and gown and participate in our Commencement. For the past several years, we have held the ceremony at the Gaylord Resort at National Harbor, Md., on the Potomac River across from Alexandria, Va., near Washington, DC.

Over the past 12 months, we conferred more than 10,700 degrees to students hailing from all 50 states and 38 countries worldwide. Approximately 7,300 undergraduate degrees, and 3,400 master’s degrees, were awarded. While the average age for a graduate was 35.7, graduate students earning degrees averaged 38. The age range of graduates varied from a 13-year-old who earned an associate degree to a 79- year-old master’s degree recipient. More than 1,100 students traveled to Maryland last week from all 50 states and six foreign countries, joined by an estimated 9,000 friends and family members, to celebrate their graduation.

Our graduation has evolved over time. The prior day is reserved for meetings of student societies and clubs, along with a community service event. This year, 14 clubs met and 180 alumni, faculty and staff packaged 17,000 meals for distribution to underprivileged communities worldwide. Later that evening, a reception was held for all the graduates and their guests, and faculty hosted school tables so students could personally meet some of their professors for the first time.

Among the people that I spoke to this year were honors graduates of our Master’s in History program, a graduate who earned her second master’s with us, and a first responder who completed a Bachelor’s in Emergency Management with us and who has already enrolled in the subsequent master’s program. I also had the opportunity to speak with the family of one of our students who passed away before completing an MBA, and who we honored with a posthumous degree.

The academics department rises early on graduation day to host an awards ceremony for faculty, students and alumni. I had the good fortune to meet our undergraduate President’s Award winner, William “Cody” Harris, who completed a bachelor’s degree with us while working as an Air Force non-commissioned officer. He has been accepted to Air Force Officer Training School and will report this summer.

Given the large number of attending students, we held one ceremony for master’s graduates and another for associates and bachelor’s graduates. Our speaker for the former was Dr. Mark Milliron, who has held several positions in higher education since 1992 including deputy director for higher education for the Bill and Melinda Gates Foundation, founding chancellor of Western Governors’ University – Texas, and co-founder of Civitas Learning. Dr. Milliron’s inspirational speech referenced his life in a large family influenced by his dad’s service in the Navy, and a directive to the graduates to continue their education beyond high school. He charged them to take the time to inspire others to continue and complete their post-secondary education. For his service to the U.S. and global higher education, we awarded Dr. Milliron an honorary doctorate in education.

Our graduate President’s Award winner and student speaker, Prasida Khanal, was a dentist in her native Nepal who emigrated to the U.S. and earned a Master’s in Public Health (with honors) at APU. She implored her classmates to look around the world and seek to contribute to make it a better place, noting the poor health care available to the Nepali citizens, a situation dramatically worsened by the recent earthquake.

We were also honored to have Admiral Michelle Howard as our keynote speaker for our undergraduate ceremony. She is the third ranking officer in the U.S. Navy and is the highest ranking African-American to serve in the Navy. A graduate of the U.S. Naval Academy and the Army’s Command and General Staff College, Admiral Howard delivered an inspirational speech to the graduates, recognizing them as pioneers in earning a college education online and predicting that many more will follow while today’s technology is likely to change the way in which classes are taught and students learn in the future. Her presence was warmly received by many of our graduates who are serving or who served in the military as well as by many of our female graduates who appreciate her advocacy for women and minorities. For her service to our nation and the U.S. Navy, we awarded her an honorary doctorate in public service.

Our undergraduate student speaker, William “Cody” Harris, singled out his wife as his inspiration to continue and complete an undergraduate degree and after graduating from high school as one of only six students in his class. Noting that his attitude and appreciation of education, and his progression through college, was gradual, he seemed to strike a chord with his classmates who subsequently gave him a standing ovation.

This was the 11th graduation ceremony over which I have presided, and I believe it was the best thus far. Admiral Howard, Dr. Milliron, Ms. Khanal, and Mr. Harris were outstanding speakers. From the attending graduates and alumni who volunteered for the community service project and attended the student society and club meetings, to their families, friends, and our faculty and staff, the level of engagement was phenomenal and truly rewarding for all. 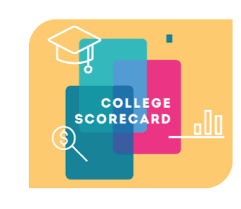