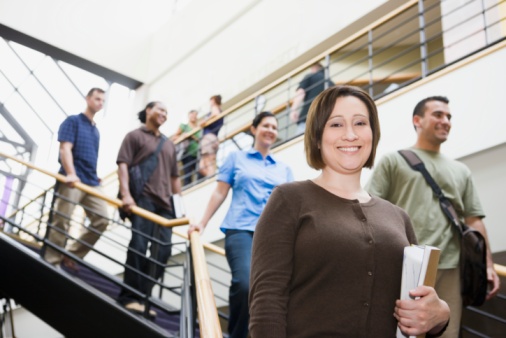 On October 30, my colleagues Dr. Phil Ice, vice president of research and development, Dr. Melissa Layne, director of research methodology, and I presented a research paper at the Online Learning Consortium (formerly Sloan Consortium) annual conference in Orlando, FL. The research was conducted utilizing data submitted to the National Student Clearinghouse as well as the outcomes and analysis of the Clearinghouse data as compared to our data. The purpose of the study was to see, first, if there were any particular student demographic data that might be significant predictors regarding a student’s likelihood to transfer (swirl) from one institution to another and, second, what relative percentage of students who attended American Public University System’s two schools, American Military University and American Public University, transferred to another institution utilizing the Clearinghouse.

The Clearinghouse is a non-profit founded in 1993. It contains data representing approximately 90 percent of the four-year degrees granted in the United States. Until a year or two ago, institutions could not submit their student enrollment data if they offered more than three or four semesters in an academic year. That would rule out many of the students attending online universities or universities with large online student populations. Fortunately, the Clearinghouse modified its database in order to allow for many more starts in an institution’s academic year. That change allowed APUS to submit data.

We submitted enrollment data for 183,000 unique students attending APUS from 2011 through 2013. From that data, 49,000 students were a match to data in the Clearinghouse dataset, meaning that they earned academic credit during this time period from another college or university submitting data to the Clearinghouse. Of those students, 32,000 returned to APUS as students and 17,000 were permanent transfer students (9.2 percent of 183,000). Of the students leaving APUS, 42 percent were business majors and 31 percent were general studies students. Both of these numbers are relatively high compared to the percentage of bachelor’s students attending APUS that major in those degrees so further research, most likely qualitative in nature, needs to be conducted to find out why so many of the transfer students are concentrated in those two degrees. The average student transferring completed 5.6 courses over seven months at APUS and transferred to a state school. Another research question to pursue will be ranking the schools transferred to in terms of the number of APUS students attending that institution.

The 32,000 students who returned to APUS after earning credits elsewhere were approximately five years older than the students who transferred. There were no significant programs that these students represented and whether or not the student originally transferred credit into APUS was not a significant influencer statistically. These students had taken nine courses on average with APUS before attending another institution and 14 months elapsed between the last class at APUS and the first class taken after their return. Approximately 21% of the returning students transferred an average of seven credit hours to APUS.   Transfer credit received was not a statistically significant predictor of whether or not students in the Clearinghouse data would return to APUS.

One of our conclusions is that we have much to learn from utilizing the Clearinghouse database. Another is that the students who dropped out of APUS (never returned) have a different profile (fewer courses completed and shorter length of time attending APUS) than the students who leave and return. Unfortunately, none of the student background characteristics captured by the Clearinghouse provided us with a predictor for whether or not a student was likely to attend multiple institutions. Over time, we hope that other institutions will utilize the Clearinghouse dataset to analyze student attendance patterns and that all of us will benefit through studies like this.