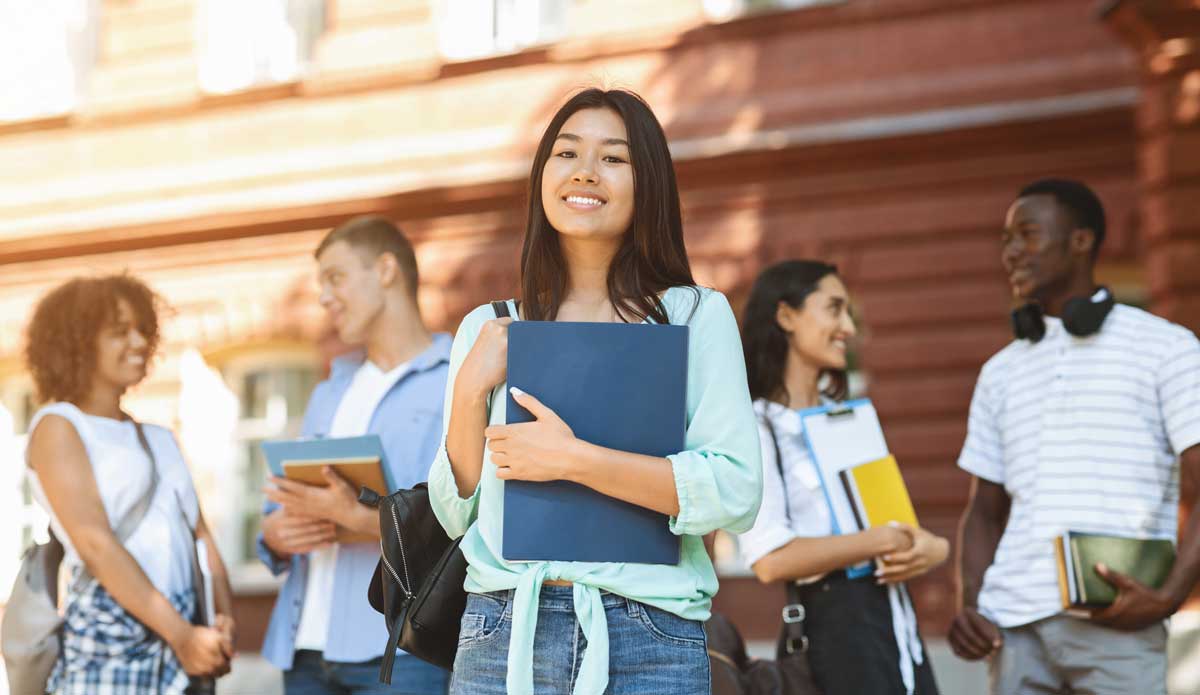 The National Student Clearinghouse issued a report last week titled Credit Accumulation and Completion Rates Among First Year Students. The report was constructed by using data from the Clearinghouse’s Postsecondary Data Partnership (PDP). The PDP captures much more information from its participating institutions than is normally submitted to the Department of Education and other public sources.

The 2022 PDP Insights report focuses on students’ first year credit completion ratio (CCR) and credit accumulation rate (CAR). The CCR is credits earned divided by credits attempted. The CAR measures how timely the students complete their credits. For example, how many first-year students earned 24 or more credits (federal definition of a full-time college student requires that 24 or more credits are earned)?

Students in the dataset used to construct the report are first-time in college and first-time transfer-in. There were 905,689 enrollments at 342 colleges and universities in the 2019-2020 cohort. Regardless of which term students entered their institution, they were tracked for one full year after initial enrollment. Because colleges opt into the PDP report, the Clearinghouse notes that this is not a nationally representative sample even though the sample size is relatively large.

Key findings from this year’s report include:

The graphic below shows the impact of the low credits attempted and earned. 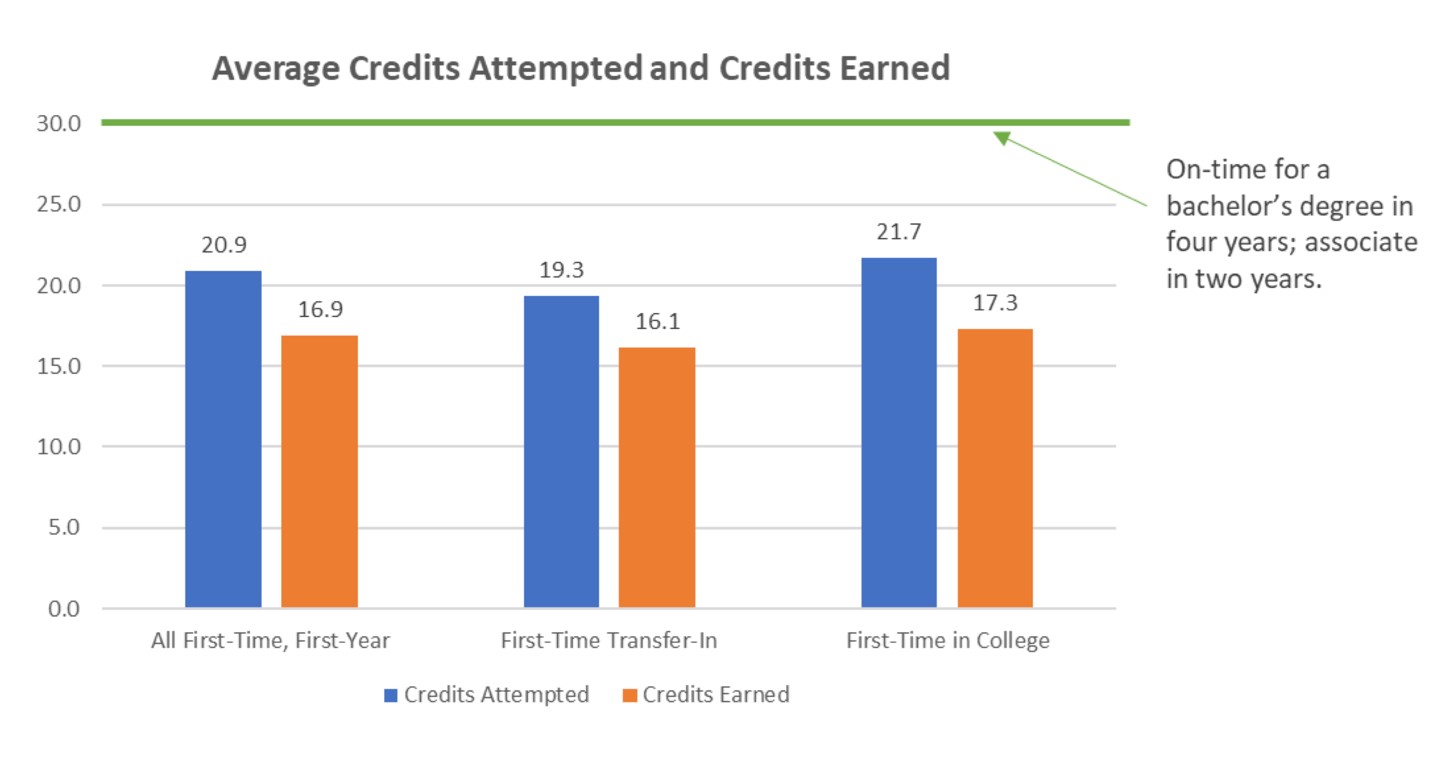 It’s important to remember that these students were full-time students when they started, yet the average is less than the required 24 credit hours. Depending on where they land under the colleges’ Satisfactory Academic Progress (SAP) requirements, some students may be restricted in how many credits they can attempt next year.

CCR’s varied by gender and race/ethnicity with the lowest CCR’s among first-year students being African American males (63.1%) and American Indian/Alaskan Native males (65.4%). The highest CCR’s were Asian males (81.0%) and Asian/Non-resident females (85.9%). There was also a wide variation in CCR’s when race/ethnicity was compared with enrollment intensity (full-time vs. part-time).

It would be interesting to see the data on which courses attempted were not completed, particularly for the group that was deemed not college ready in both Math and English. Intuitively, if they did not complete Math and/or English, their progression is likely to slow and impede completion.

There’s much more data in the report including more breakdowns on gender, race/ethnicity, enrollment intensity, etc. I found it interesting that most first-time, full-time students did not even attempt to take 30 credit hours in their first year. I would want to find out if that occurred because of advising that those students received.

The college readiness in Math and English data concerns me. There are many ways that institutions serve students who are not prepared for college. The threshold for this classification may differ between institutions. Regardless, institutions with a significant percentage of students in this category would be well-served by investigating the outcomes of those students who succeeded and determine if there was a successful intervention of some kind that could be replicated.

I commend the National Student Clearinghouse for examining the first-year credit completion ratio and the credit accumulation rate. For researchers in the field of college retention and completion, the data is a useful benchmark but likely triggers more questions than it answers. For colleges whose numbers are below the averages published in this report, I would investigate ways in which other colleges have improved their student outcomes.