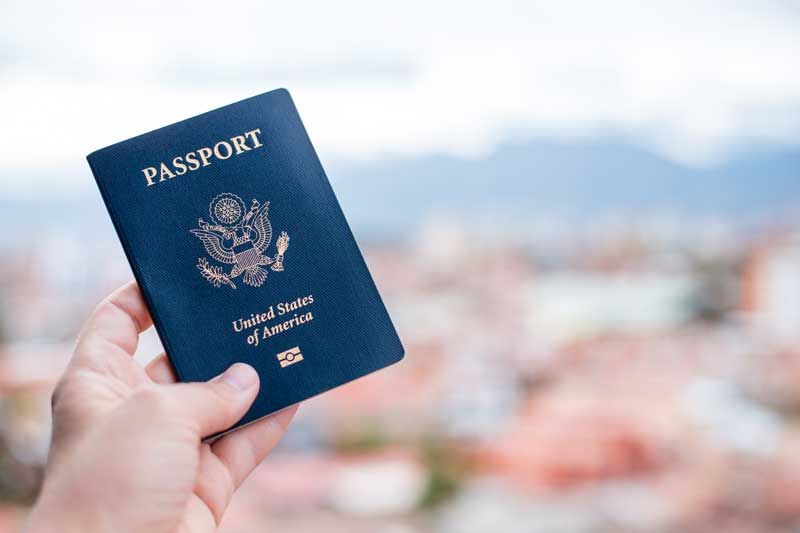 I used to travel outside of the U.S. at least once a year. Then COVID hit and it seemed like traveling overseas was more difficult and riskier than traveling in the U.S. Six weeks ago, I attended the ASU/GSV Summit in San Diego, my second in person conference since the pandemic. The conference is a great place for networking and I met someone who encouraged me or one of my partners at Green Street Impact Partners to attend the Emerge Education conference in London in May.

I immediately went into adrenalin overdrive. I googled “how to get my passport fast” and found a link to a U.S. Department of State webpage where I found I qualified for Urgent Travel service (traveling outside of the U.S. in less than 14 days). An appointment could only be made by calling the toll-free number. It was after hours and on the weekend when I discovered my expired passport. The office opened at 7:30am on Monday morning which is when I called. Imagine my surprise when the automated attendant stated that my estimated wait was over two-and-a-half hours. The attendant gives you the option to input your phone number and receive a call back. When the call was disconnected before I input my number, I decided to call again and not ask for the call back.

My wait time was nearly three and a half hours before I was forwarded from on hold to a live person. The person asked me a series of questions that determined that I was eligible for the Urgent Travel service. I was given a unique ID and PIN that would enable me to schedule an appointment. I had already reviewed the list of 26 centers and was hoping as a Texas resident that I would be able to get an appointment at either the Dallas or Houston center, both within driving distance from my home in Austin. I was forwarded to a scheduling person who checked both of those locations and informed me that neither of them had an opening for an appointment before my scheduled departure date. She checked the El Paso center and they had openings the day before my departure beginning at 7:30am. Given that the website indicated that it could take as long as five-and-a-half hours to receive a new passport, I asked for the 7:30am time slot. I had to get two new passport photos which I was able to have taken at the local UPS Store in Austin.

Taking a deep breath, I decided to fly to El Paso the night before my appointment since it’s an eight-hour drive from Austin. I booked my round trip flight and booked a hotel room. I completed the online form, reviewed all the items that I needed to bring with me and put all of them in my backpack with my computer.

Last Friday, I received a call from a person at the El Paso passport office. She wanted to make sure that I would be there in person on Monday morning at 7:30am. After I answered all her questions, she asked me if I had any. I asked her if the signage for the office was obvious. She said that there was no signage outside the building, but once inside, there was a sign indicating that the office was on the seventh floor of the building. She noted that the elevators would not operate for the public until 7:30, so I needed to be patient if I was there early. I thanked her and told her that I would see her on Monday morning.

I flew into El Paso on Sunday night, checked into my hotel, and had dinner. I was at the passport office at 7:15am on Monday morning, the elevators were operational, and several of us waited for the doors to open at 7:30. The process was super smooth. I was assigned to a window, the service representative was knowledgeable, took my materials and my check and informed me that if I did not receive a call on my cellphone by 1pm, that I should return to the office and ask for my passport.

I went back to my hotel room, read through a few emails and at 10:30am received a call that my new passport was ready. Before I left the hotel, I changed my flight back to Austin to an earlier flight since the completion time was much quicker than the five-and-a-half hours I was told to anticipate. I walked from the hotel to the passport office, picked up my passport, reviewed it, and returned to the hotel. Shortly thereafter, I went to the airport and flew back to Austin.

When I returned to Austin, I was able to scan my new passport into my United Airlines app so that they could confirm I was able to travel to London. The next day, I drove to the airport, boarded my flight with no problem (the new passport functioned as promised) and flew to London.

My primary reason for writing and posting this is that I believe I have more than a few friends and associates who have not traveled overseas since the beginning of the pandemic. My advice would be to check out the expiration date on your passport now rather than waiting until you book a flight or a cruise out of the country. Even though the passport agency has a system that allows for urgent renewals like mine, they do not have a system that reminds you that your passport is about to expire like my state Department of Motor Vehicles does for my driver’s license. I was lucky. Because of COVID and the fact that it had been a few years (instead of months) since I traveled out of the country, I looked for my passport as soon as I booked my flight. Three years ago, I would have looked for it the day before when I packed my suitcase. Do yourself a favor and check your passport now. You can thank me later.

previous A Notable Milestone
next Unpaid (and required) College Internships