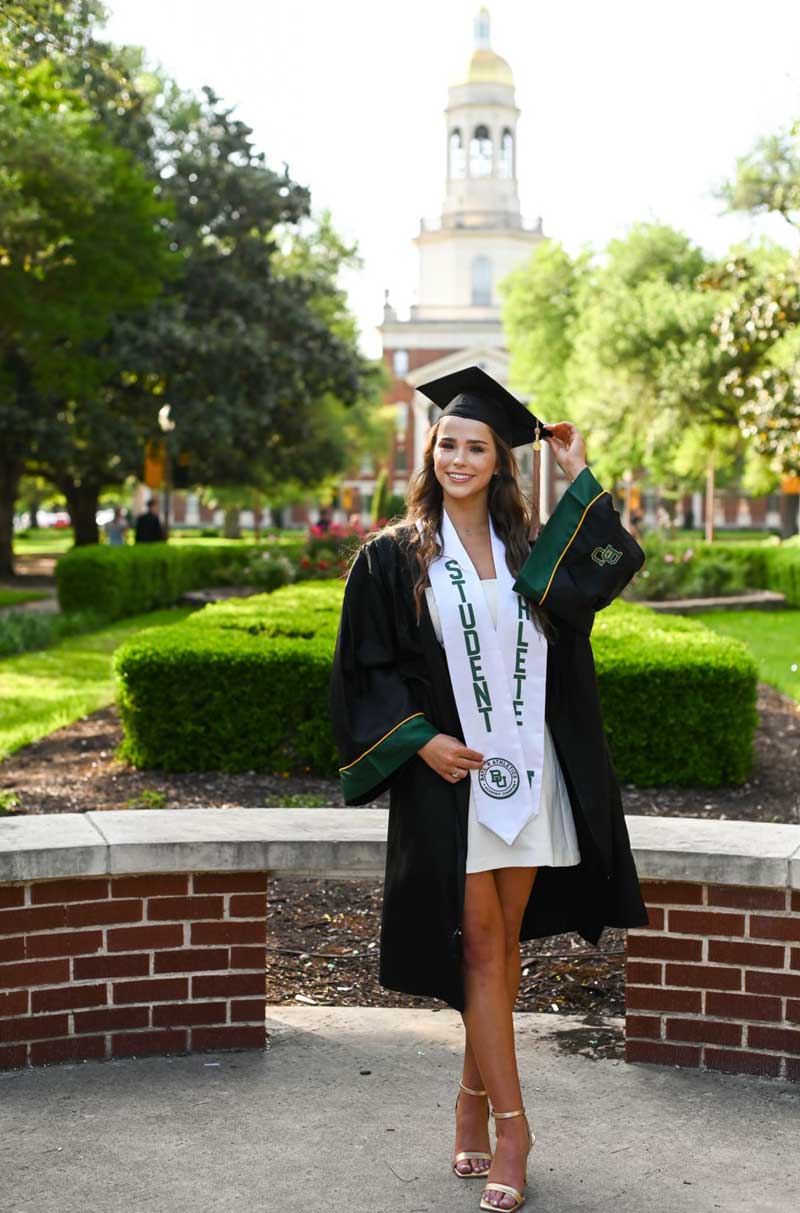 Colleges and universities announce graduation dates well in advance of the planned ceremonies. The pageantry of formal graduation ceremonies with the faculty and administration garbed in their academic regalia is well known. As president of APUS, I presided over 15 in-person ceremonies and a virtual ceremony before retiring in August 2020.

At the beginning of the 2021-2022 academic year, I dutifully recorded the dates for Baylor University’s and Texas A&M University’s May and August graduation ceremonies since my twin daughters were rising seniors at those institutions. Living within driving distance of both universities, my wife and I knew that hotel rooms were the important item to book in advance.

As time drew closer to May, there were announcements about graduation parties as well as athletic team awards ceremonies. We added those to our calendars as well. My daughter Sarah, a Baylor student, received a full-time job offer last August after she completed her summer internship with a business consulting firm. She accepted that offer which gave us and her the advantage of planning to move the college furniture that she is keeping to her new apartment instead of moving it back home or storing it.

Sarah is a four-year member of Baylor’s equestrian team and she and four of her senior classmates (and teammates) planned a graduation party that their parents would host at an Airbnb-rented house. Naturally, there were shared responsibilities for food, beverages, and music that the parents coordinated in advance. With Baylor’s undergraduate graduation ceremonies split into four separate ceremonies over two days, some of the girls graduated the day of the party and some graduated the next day. The party was a great chance to unwind and talk with her friends’ parents about something other than the many team competitions that our daughters had participated in over the past four years.

My daughter’s graduation ceremony was the second one on Saturday and the fourth undergraduate ceremony for the week. The Baylor faculty and staff in charge were clearly experienced at their duties and the ceremony went off without a hitch. As someone with experience presiding over such a ceremony, I admired the efficiency as well as the extra touches.

What I did not anticipate doing during the graduation ceremony was to get lost in my thoughts about what college graduation means to my daughter, her friends, and our family. Despite the eloquent and pithy advice for the future dispensed to the graduates by Baylor’s president, a former college athlete at Oklahoma State University, my reflections were as much about the past and present as they were about the future.

From an educational perspective, earning a bachelor’s degree is the end of formal academic instruction for most Americans. While my daughter has expressed interest in possibly earning an MBA one day, her thoughts are focused on the start of her career (and paycheck) in July. My thoughts ran back to her excitement on her first day of kindergarten and previous graduation ceremonies for fourth grade, eighth grade, and twelfth grade. The possibility that this could be her last graduation was something I had to get over, not her.

My next reflection was about the choice(s) that she and her friends have made for their first jobs. Some of her friends are going to med school, law school, or nursing school and have effectively deferred their job searches. Others have jobs for the summer that may or may not convert to full-time employment. Some, like Sarah, have committed to a professional position that may or may not become their permanent avocation. I can’t guarantee anything about the twists and turns that their careers may take. However, I can predict that it’s highly likely that the position they retire from 40-50 years from now will not be like the position that they’re starting at immediately after graduation.

When my thoughts moved from career to family, I decided that was the point at which I would return to reality and stop thinking about all the possibilities of life in the future. My daughter has accomplished much academically, athletically, and socially. She is equipped with the tools to rise to the challenges that she may encounter and has a very good idea where to find the resources and experiences that she doesn’t have. To Sarah and her friends, I note that the questions and challenges that will surface in the years ahead will seldom have a single answer, nor is there necessarily a right answer. Go with the answer that you think is the best and if you’re not sure, do not be embarrassed to ask a friend, relative, or trusted mentor.

Life outside the world of academics is not as logical, linear, or predictable. Wading through the forest of career and life decision trees is a personal voyage, not easily modeled in algorithms or scenarios. Always keep your head and heart aimed at the same goal and over the long run, you will do well.