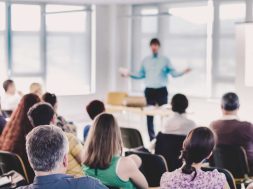 In an earlier post this week, I wrote about transforming a school of education to meet America’s K-20 and lifetime education needs. I thought I would add a few more thoughts after returning home from the conference and finding the time to check out a few facts online.

Whether or not you agree with the U.S. News and World Report College Rankings, I thought I would start there and look at the top 10 schools of education. The overall ranking is based on graduate schools of education, so I constructed a matrix (see below) to track a few facts about these schools. The schools are listed in their order of ranking from number one to number ten.

The first point to note is that half of the universities in the Top 10 do not provide undergraduate degrees. For those that do, the numbers of undergraduate degrees issued in a year are small except for UC-Irvine (note: the number of students comes from US News and the graduates’ data is sourced from College Navigator, part of the Department of Education. It’s possible that the US News student numbers are graduate only which is why UC-Irvine’s student number is less than the number of bachelor’s degrees issued).

It is my belief that private universities eliminated undergraduate degrees because of the huge disparity between their tuition and the starting salaries for K-12 teachers. NYU appears to be the exception in the Top 10 listing, but the number of undergraduate degrees is a small percentage of their overall students.

In my previous post, I discussed the need for a transforming school of education to include all programs necessary for K-20 and workforce/professional development. Before I opted to visit the websites of the Top 10 universities, I opted to look at the separate categories rated by U.S. News.

U.S. News provides separate ratings for the following categories in schools of education. These are:

I believe that four of these categories; Elementary Teacher Education, Secondary Teacher Education, Educational Administration and Supervision, and Student Counseling lead to licensure for teachers, principals, and school counselors. Notably, I don’t see a category related to reskilling/upskilling/professional education.

I decided to review each of the U.S. News categories and list the ranking in those categories for the original top 10 schools. The chart is below.

I have a few observations from creating this chart. First, the top four rated schools of education have three or fewer rankings in the top 10 for these separate categories (note: I am a doctoral graduate of the University of Pennsylvania’s Graduate School of Education and find this observation very interesting given our ranking). Second, Vanderbilt University’s Peabody Graduate School of Education is ranked in the Top 10 in all but one category and has two number one rankings versus Wisconsin’s single number one category ranking. Third, the University of California – Irvine is ranked tenth and is not ranked in the Top 10 in any of the nine categories. Neither is NYU ranked in any of the nine categories and its overall rating is number four.

Of the Top 10 ranked universities, the University of Wisconsin – Madison is ranked in the Top 10 in all categories ranked by U.S. News & World Report. I am not familiar with the methodology used by U.S. News to rank Schools of Education, but breadth and depth of offerings does not appear to count for much otherwise Wisconsin would likely be ranked number one. Stanford, one of the highest ranked universities, is ranked in the Top 10 in five categories and yet is ranked number nine overall. On the surface, it appears difficult to discern how U.S. News assigned these rankings.

While the College Navigator website lists the number of students who graduate with certificates, it’s a small percentage of this group. Clearly, if any of these schools are providing education options for upskilling or professional development, it would be in the certificate area which is not significant for any of these ten schools.

My last step in this analysis was to take a look at the College Navigator data for Western Governor’s University which I believe has one of the largest schools of education in terms of enrollment. According to College Navigator, WGU had the following numbers of graduates by degree last year.

With more than 12,000 graduates last year, it’s clear that WGU has most of its students concentrated in a few areas. Perhaps because they are mostly online, it’s notable that two-thirds of its students are graduating with master’s degrees. A very small percentage are graduating with post-graduate certificates and those are concentrated in three areas.

It’s clear based on this review that very few, if any, schools of education are focused on upskilling and professional development. Maybe the proper place for those certificates is elsewhere like housed in a school of continuing studies. At the same time, it’s clear from listening to critics of higher education that schools of education need to coordinate with many constituencies to keep their curriculum current and relevant. Lastly, the highest ranked schools of education educate small numbers of undergraduate teachers. What does that tell us? 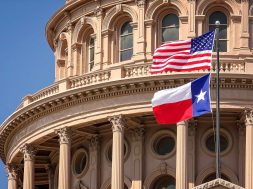