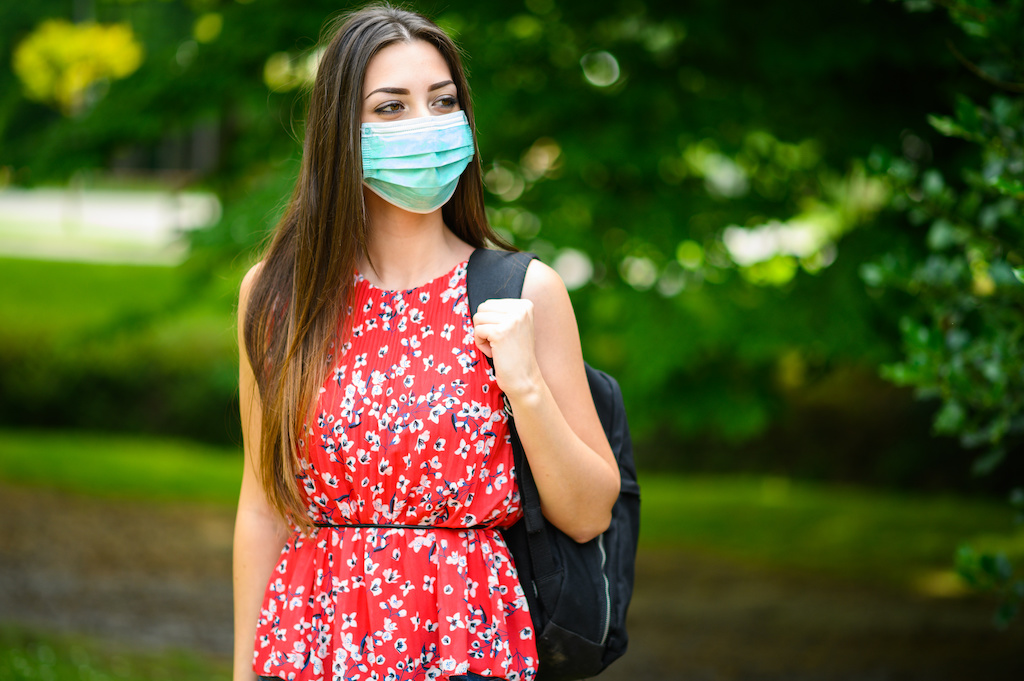 Paraphrasing from political strategist James Carville’s famous line, “It’s the economy, stupid!”, I thought it would be appropriate to explain the reason why a significant number of traditional colleges and universities announced plans to return to campus this fall, instead of continuing with online courses for at least another semester or two.

In less than a month, the fully online and primarily online institutions grew by 155 or 19%. These online totals do not include the notable conversions of UNC-Chapel Hill, Michigan State, NC State, Drexel, and LaSalle that occurred this past week due to drastically increased cases of COVID-19 among students and staff.

Included in the 578 institutions that are primarily in-person are likely universities with football teams that play in the Power Five athletic conferences: the SEC, Big 12, ACC, Big 10, and PAC 12. Two of those conferences, the PAC 12 and Big 10, announced that they would not play football this fall, but the other three continue to maintain that there will be a fall football schedule.

According to the American Council on Education, last spring’s campus closures and the move to online education cost colleges and universities $46.6 billion. Room and board refunds were included in those totals. In a recent article in USA Today, writer Chris Quintana reported that money is a huge factor weighing in on the decision of many colleges to reopen.

It’s not just the losses of revenues from campus housing, dining, and bookstores. It’s also the risk of students choosing to defer attending a semester or two with hopes that next year will see a semi-normal return to what they thought their college experience should be.

With all the evidence pointing to the fact that the current higher education business model is broken, one of the best summaries of the situation that I read came from an outside observer. A recent post from Gapingvoid, a Culture Design Group, is worth quoting:

“The problem is that university business models are not anti-fragile, they aren’t even smart. They are based upon the way the world used to be, not the way it is, and definitely not the way it is going to be. There is a case that the current higher ed model no longer serves the interests of society, and COVID is shining a light on the hypocrisy.

One does not need a PhD to know that socialization is one of the main drivers for students to attend universities. The universities capitalize on this by creating lucrative franchises that provide unity, community, and connection for their students.

Greek life, classes, study groups, student activities are all about socialization and connecting with contemporaries. For the Ivys, proximity is arguably the greatest value of the education. By removing the ability to socialize, a large part of the value proposition is removed.

This is an inconvenient fact now for the higher education machine. Leadership proceeds pretending that the reality of school is simply about classes and they are applying dictatorial, draconian tools to keep students from assembling, despite having called them back to school.

Kids will be kids and calling thousands of them back to a far-away city to do what they could have done from home, e.g. watch classes via Zoom – is just a bad idea. We all know it is about business models. It is about money, and the point of this is that the culture of higher education, the archaic premise of faculty for life, all of it, needs to be reexamined, possibly burnt down, and started over.

The point is that ‘study from home’ at a reduced cost could’ve been a temporary solution for a semester. Instead, they put students and society at risk, principally because of outdated business models, and we all suffer as a result. And, even worse, kids are being penalized for being kids – having been lured back to a place where they are not safe.

Is this really the best that the brightest minds in our country can come up with?”

Last week, I provided examples for each of EDUCAUSE’s Grand Challenges to higher education based on the utilization of technology at my institution, American Public University System. Operating online-only has enabled us to provide an undergraduate education at a fraction of what most colleges charge.

For sure, the socialization that a traditional college provides its campus-based students is not available online, but very few of our working adult students have the time for those types of traditional activities. Whether you don’t have the time for it or the local health department has banned it, why pay for it?

There are politicians at the federal and state level who critique higher education, based on their personal experiences several decades ago when online education did not exist. When the cost of higher education is deconstructed to its various components, it’s logical that online classes should cost less than a campus-based experience.

The experience shouldn’t and doesn’t have to be inferior because it costs less. Appropriately designed online courses provide the same learning outcomes as face-to-face courses.

The ultimate question is how much longer will students want to pay for the socialization experience cited by the Gapingvoid Culture Design Group, particularly when it is more than half of the cost of a college education? Will the market be shaped by its customers or its regulators? One way or the other, the COVID-19 pandemic is likely to accelerate a market shift that has been in the making for years.