Home Current Events The 114th: Expectations of an Ideo/logical Congress 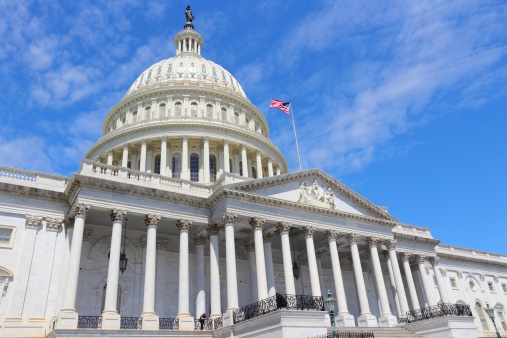 The November 2014 elections gave the Republicans an overwhelming majority in the House and a working (but not filibuster-proof) majority in the Senate. Since then, countless pundits and political observers have speculated on the cause(s) and their implications. I will stipulate that the notion “all politics are local” does not apply when the president is generally unpopular due to issues with his Affordable Care Act initiative, how it became law and was implemented, and how the Democrats managed their related political agenda. As Bismarck once said, politics is “the art of the possible.” Both the current Administration and the 113th Congress were arguably better at posturing than at legislating the possible.

The subsequent election implications are unclear, since the “art of the possible” will be determined by key Congressional players. Important Senate committees are now overseen by individuals arguably less ideological than their predecessors. For example, Lamar Alexander assumes the chair of the Health, Education, Labor and Pensions (HELP) Committee, with seemingly more widespread bipartisan respect than Tom Harkin enjoyed. Similar shifts can be seen on Senate Appropriations, Armed Services and Veterans Affairs.

While these changes in leadership may not eliminate the “gridlock” of the 113th, already there are indications that the 114th will not succumb to it. One key variable will be the influence of moderate Democrats such as Sen. Joe Manchin, who has publicly stated that ideologically-based political dynamics leading to stalemate are unacceptable. Along with a potential softening of hardline politics, fiscal concerns will likely be ascendant, and any policymaking that cannot withstand rigorous scrutiny by fiscal moderates and conservatives will face long odds. For example, resistance to the president’s recently announced community college initiative will likely come from those that are footing the bill, or representing those who are. Those who are not are laughing all the way to the bank.

The Chronicle of Higher Education recently suggested that in the next Congress “Simplification will rule the day.” I agree, particularly in the context of federal financial aid programs. Both parties recognize that proliferating loan and grant programs has led to waste and fraud, despite extraordinarily complex application forms and processes.

In contemplating the more general election impact on American higher education, Congress will likely resist sector-specific legislation, and challenge Department of Education regulations that establish or promote policies applicable to only one sector, or that include separate, sector-specific standards. Cross-sector institutional transparency and accountability may well become the benchmarks of any legislative or regulatory initiative. This attitude will become especially apparent when the HELP Committee considers the issue of institutional accreditation in the context of the Higher Education Act (HEA) reauthorization, which will be a Congressional priority during this first session.