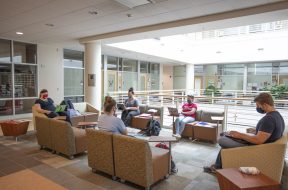 August 31, 2020 Wally Boston
0
In April, I published a two-part interview with Father Malachi Van Tassell, T.O.R., President of Saint Francis University, and Dr. Karan Powell, Vice President of Academic Affairs at Saint Francis University. Like many colleges and universities, Saint Francis had cancelled its on-campus classes and converted to online classes for the rest of the semester (read Part I and Part II of the series). Dr. Powell and I spoke recently, and I discovered that Saint Francis elected to return to on-campus courses this semester. I asked her if she and Father Malachi would be willing to update me regarding their preparations for the fall.
Read more