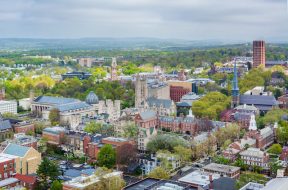 March 23, 2021 Wally Boston
0
“It’s the economy, stupid!” was Bill Clinton strategist James Carville’s directive to keep his presidential campaign staffers on message during his successful 1992 run for the presidency. While I chose not to use a paraphrase of that slogan in my recent post about Caitlin Flanagan’s article stating that private schools in the U.S. have become obscene, perhaps I should have.
Read more