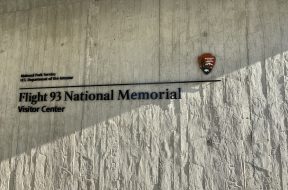 December 10, 2019 Wally Boston
0
On December 7, I visited the Flight 93 National Memorial near Shanksville, Pennsylvania. While I did not intend to visit it on the Pearl Harbor anniversary, it was an eerie coincidence. Just as the Japanese bombing precipitated our entry in the Second World War, so did the hijacking of four flights on 9-11-2001 launch our nation’s protracted war against terror.
Read more