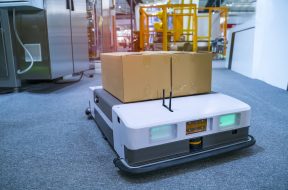 May 1, 2020 Wally Boston
0
College bookstores can be a great source for books that haven’t yet made their way into the popular distribution. On my last trip before the shelter-in-place orders were issued, I visited the University of Pennsylvania’s bookstore and saw copies of Daniel Susskind’s latest book, “A World Without Work.”
Read more

Down and Out in Silicon Valley

Oakland has been chosen as a pilot for the concept of UBI (universal basic income). Y Combinator, a Silicon Valley incubator and early-stage funder of Airbnb and Dropbox, announced a pilot in May to provide 100 individuals a monthly stipend for up to a year. The purpose is not just to test whether the UBI theory will succeed, but to also test the logistics of how to manage such a program. Matt Krisiloff, the manager of the pilot, noted that he was inspired to conduct the experiment based on his work with Artificial Intelligence.

Ithaka S+R recently published a report funded by the Bill & Melinda Gates Foundation and titled, “Barriers to Adoption of Online Learning Systems in U.S. Higher Education.”  I have written extensively on this blog about the economic constraints facing institutions of higher education, issues of student persistence and retention, and the litany of other issues daunting the American higher education system today.