Home Tag "cost of a degree" 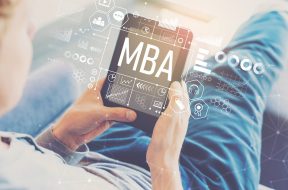 January 28, 2020 Wally Boston
0
Not a day goes by where we don’t hear about the shortage of workers with the required education and training for more than six million unfilled positions in the U.S. Early in his presidency, Barack Obama called for increasing the number of Americans earning a college degree to maintain global competitiveness in an era with increasing technology innovations, some used to replace jobs in the workforce. Despite all the attention on higher education attainment, overall enrollments have decreased since 2010, with explanations ranging from a declining birth rate and low unemployment rates to an increasing perception that degrees may not provide the same return on investment for today’s students as for Baby Boomers and their parents.
Read more

I have read three articles in the last three days about alternatives to earning a college degree, primarily through certification of one kind or another.

The first article, from The Chronicle of Higher Education, discusses the concept of “badges” that are awarded by various websites, training companies, individuals, etc. The concept is that the badge is relatively easy to earn (to keep the learner motivated and engaged) and indicates that they have achieved a certain skill level or learning competency.