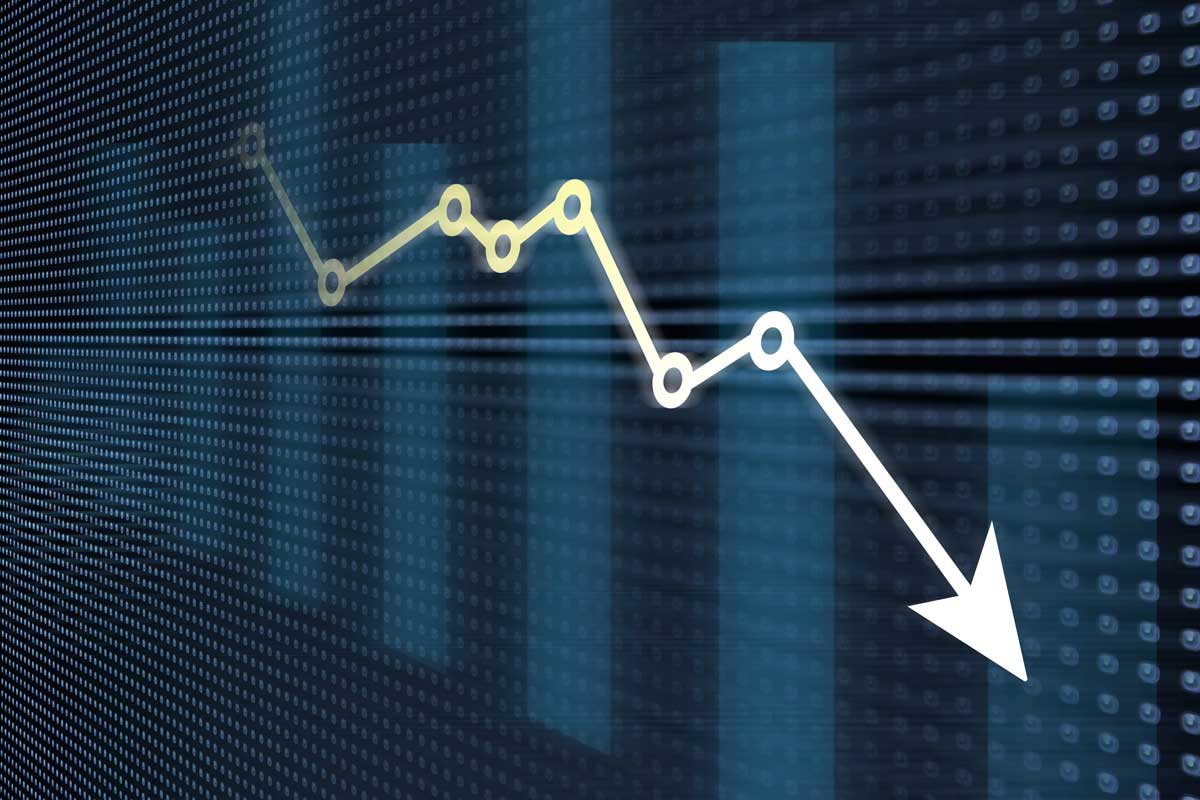 Higher Ed Dive’s editor, Natalie Schwartz, reported that Doug Shapiro, executive director of the NSC research center, said in a call with reporters that he was surprised that the decline in enrollment was getting worse. The only positive news in the report was that full-time, first-time enrollment increased year-over-year by 13,700 students or 4.2 percent. However, Mr. Shapiro cautioned the reporters that because full-time, first-time spring enrollment is approximately 20 percent of all first-time enrollments, it’s too soon to assume that the slide has discontinued in this category.

Audrey Williams June’s coverage of the NSC report in The Chronicle of Higher Education was similar except she included a quote from the research center’s Mr. Shapiro who stated that another contributing factor could be students who “increasingly question the value of college, are wary about taking out student loans to pay for it, and who have options to join the labor market instead.”

Inside Higher Ed’s headline summarizing the report read “A 5th Straight Semester of Enrollment Declines.” Josh Moody reported that California saw the most significant enrollment decline this spring at 8.1 percent followed by Vermont and Washington at 7.2 percent each. Michigan’s data indicated a slide of 15.5 percent, however a footnote indicated that those number might be due to “years of inconsistent data reporting.” New Hampshire experienced the largest rate of growth at 8.2 percent attributed to online education (specifically, Southern New Hampshire University, the university that spends more money in advertising than any other university). Two of the other states that saw growth year-over-year, Utah and West Virginia, have large online institutions as well.

Kim Cook, CEO of the National College Attainment Network, wrote to Inside Higher Ed “we are particularly concerned that inequities in college attainment will persist for Black students and community college students, whose enrollment has declined at the highest rates.”

There are many interesting tables in the NSC report with data that is referenced in these articles and data that is not. One table that interests me, is the table that reports student enrollment by CIP code. For those of you not familiar with institutional reporting to IPEDS, all degrees must be classified by CIP code. This methodology was designed to avoid misclassifying similar enrollments because the degrees did not have the same name. Because there are quite a few CIP codes listed, I did not take the time to review it but recommend taking a look at it.

Phil Hill, editor of Phil on EdTech, provided an excellent analysis of the enrollment decline going back to 2012. 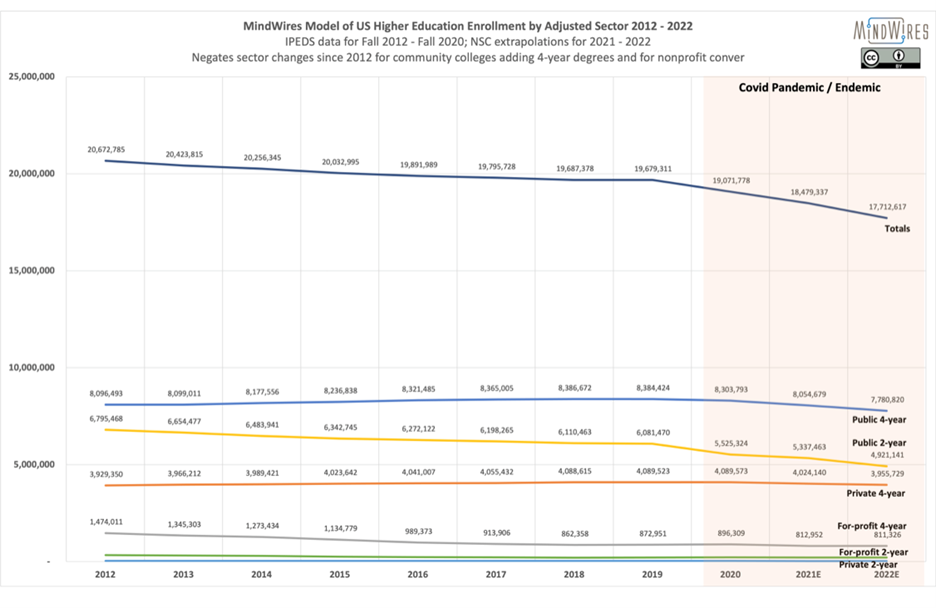 As shown here, the total decline in post-secondary enrollment since 2012 is approximately 3 million students or 14.3 percent. The shaded area represents enrollment during the pandemic which has experienced the most precipitous decline during the period.

It’s interesting to me that the largest declines occurred in the public college sector with community colleges, the lowest cost colleges, experiencing the largest decline of any sector. A recent paper that I reviewed determined that most of the community college enrollment decline during the pandemic was related to male student enrollment in hands-on certificate programs like welding. I doubt that will continue to be true, particularly as the major effects of the pandemic diminish.

If it’s true that many low-income students enroll in public colleges and universities to save money, and if low-income students comprise the largest percentage of the enrollment decline, then what does that say for the free community college programs that have been enacted in nearly 20 states?

U.S. Department of Education IPEDS reporting includes enrollment data by income group, but that data is typically 18 months behind the data reported by NSC. By the time IPEDS reports its data, three more semesters will be available from NSC.

There are three areas to study for explanations of the enrollment drop. First, the slide in demographics with fewer children graduating from high school due to declines in the birth rate. We’re well into the third or fourth year of that phenomena. Second, the slide in enrollments due to the pandemic. It’s safe to say that the spring of 2021 was influenced by the pandemic. I am not sure about the spring of 2022 which is what this report is based on reviewing. Third, the general perception by prospective students, possibly those from the lower income demographic, that college is not worth attending due to the cost versus the job prospects upon graduation. The impact of items one and two on enrollment can be calculated by astute researchers. The impact of item three is more difficult to determine. Based on my observation of the numerous alternative providers specializing in certificates that lead to a job, there are plenty of options for students to choose if they are concerned about the time and money invested in a four-year degree.

Only time will tell if the enrollment decline continues for a six consecutive semester in the fall. I think it’s likely that it will continue to decline. I’m not comfortable predicting the percentage of decline, just the fact that it will continue to decline. At some point, both NCS and IPEDS are going to need to track enrollments at alternative providers. I wouldn’t advise anyone awaiting that data to expect it any time soon. 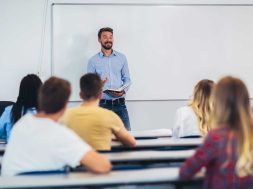 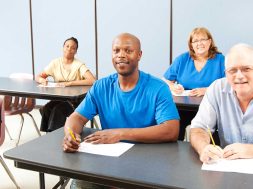