Home Lifestyle On the Sands of the Arabian Gulf 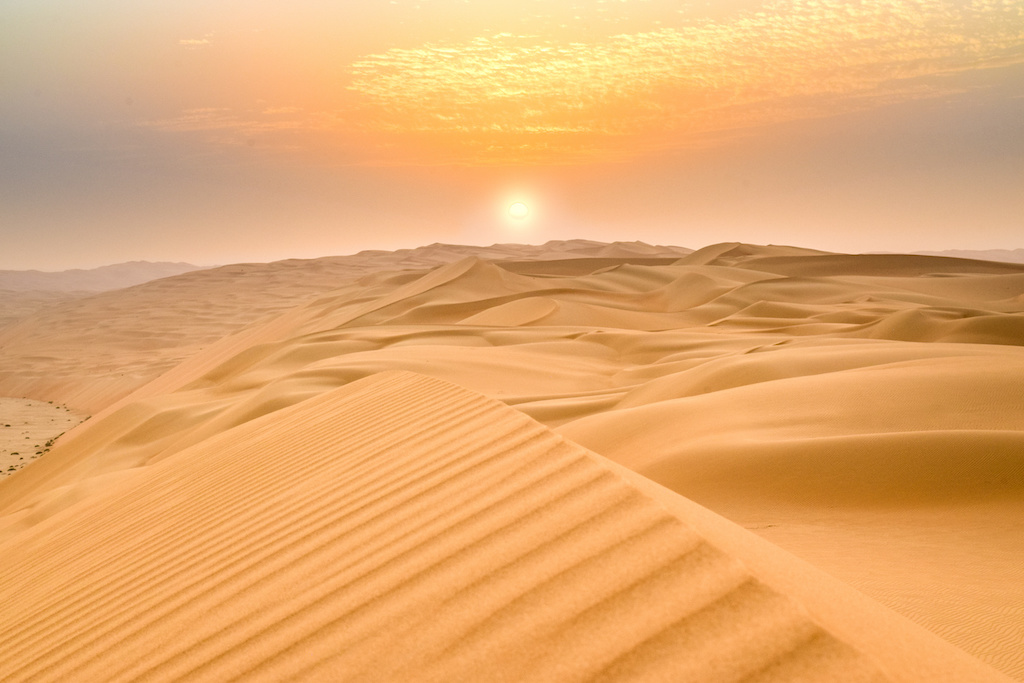 America Is Divided into Four Groups That May Never Agree

Hybrid Work: The Future for Office and Higher Ed Employees

Our Broke Public Universities: The Consequences for Equity

For a little while, the world of my everyday was the place where the religious go to confront their genesis. I walked ancient lands of ageless beliefs where the patriarchs and pariahs, the messengers and messiahs, the baptized and baptizers, once lived and loved and died. I met the modern-day Philistines — the people of Goliath — and the descendants of the Assyrians and Nubians. I stood in the Red Sea and the Dead Sea. I bought gold, frankincense, and myrrh in a dark and moody alleyway where one of the three wise men once stood, and I visited the little chapel in Cairo that covered the cave where the baby Jesus escaped Herod’s brutality. The collective stories shaped my early life, and the desert lands of their descendants reshaped it. In the wild waste of the unforgiving sands that swirled and curled into columns of biting, burning heat, I became new.

I set down in words my experiences of the Arabian Gulf. Its dry desert air was especially delicious when winter winds carried the perfume of fragrant fruity tobacco flowing from sheeshas. I wrote about the chatter of men in long white kanduras and white-wrapped heads who drank bitter coffee from burned beans. I wrote to memorialize those I grew to love — Taghreed, the open-hearted, ginger-haired Syrian; Hassan, the chimney-smoking physics teacher from Jordan; and Easa, the inquisitive Emirati school counselor whose name, when translated into English, was Jesus. I laid down images and snippets of conversations; moments of laughter; extracts of sadness and loneliness; the sound of desert birds; the smell of warmed bread pudding, umm ali, it was called; and the pinging sound of a sandstorm played out on the windshield.

A few years after my arrival in the Middle East, my children and I traveled to the Dead Sea, where a Bedouin boy found the famous scrolls in a hanging cliff cave. It was the place where Jesus and John the Baptist and their followers hung out, and according to most Jordanians, the very site where Sodom and Gomorrah had once been. Not far up the road was another famous body of water. Unlike the Dead Sea, the Jordan River was quite small. And really, really filthy dirty. Although only a few meters from the Israeli side of the river, the separation might as well have been thousands of miles. The cultural, historical, and sociopolitical divides between the two countries were that enormous.

My children and I walked close to the edge where we could observe the loud, splashing pilgrims on the Israeli side. Katlyn and I dipped our feet into the atrociously dirty water; Collin held back, his face pinched in disgust.

“Put your feet in,” I told Collin.

A momentary dabble was all he could manage, yet the three of us sat on the side of a river that held so much meaning in our lives, meaning that was not fully real until the river, itself, became more than a story.

I wrote to memorialize my time away from home in the crucible of three world religions. There, I learned to live through the summer months when the dry winds of the Rub al Khali brought its inhospitable heat to the shores of the Arabian Gulf. The waters simmered and stewed and steamed into a dew-driven cloud of bitter brutality while the desert dunes swirled and settled and choked. I learned to wait for the end of the seasonal swelter; it would eventually come, and I learned to find the beauty even in the harshness.

Now home, I’ve had to work to remember. So I’ve taken Arabic and signed up for a degree in Middle Eastern Studies from APUS. The classes help me recall the camels plodding through drifting dunes, the wild, vibrant-hued birds of the desert sands whistling and shrieking and cawing, and the jellies of gelatinous blue that spread out on the sharp sands of the Arabian Gulf. Through APUS, I continue my journey of becoming.