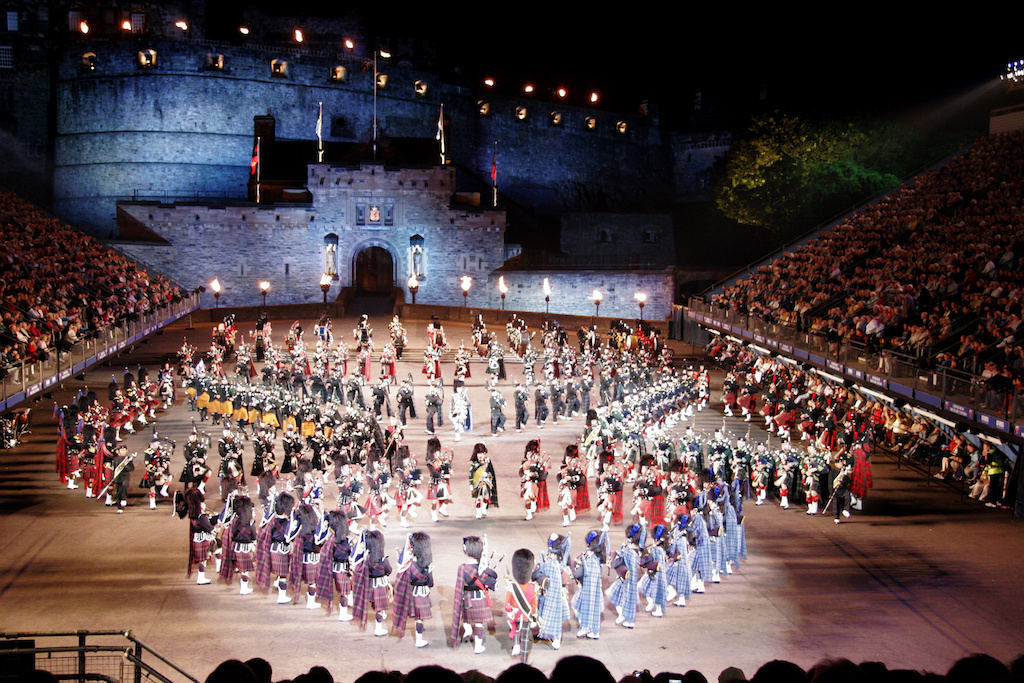 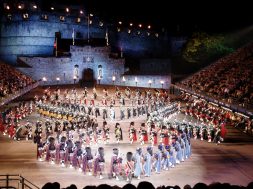 Dr. Jill Fuson’s guest blog article reflects on her recent trip to Scotland to attend the Royal Edinburgh Military Tattoo. Based on her reflections, I may have to add this event to my travel bucket list.

My husband, Dale, and I lived in England from 2005-2009 while stationed in the U.S. Air Force. Each year, we tried to get tickets to the Royal Edinburgh Military Tattoo, but the tickets sold out so fast we were never quick enough to purchase them. It wasn’t until nine years later, after Dale had retired and we lived in Tennessee, that we decided to try and purchase these fast-selling tickets and return to the United Kingdom to attend one of the most popular military tattoos in the world.

This time, we decided to try and buy the tickets a year in advance since the Tattoo has sold out for 20 consecutive years. It worked! In August 2019, we flew over the big pond to attend the Royal Edinburgh Military Tattoo in Edinburgh, Scotland.

Because we were thrilled to be attending this event, we shared with many of our friends the news of the upcoming trip. We were asked by everyone, “What is a Military Tattoo?” We explained that the Royal Edinburgh Military Tattoo is an annual series of many different performances of music and displays of armed forces from around the world, held in August each year in Edinburgh, Scotland, at the historic Edinburgh Castle.

Audiences from around the world celebrate glorious, precision-led performances with the British Army in the lead, complemented by other performers such as the Massed Pipes and Drums, Pipers Trail, the Tattoo Dance Company, and Hjaltibonhoga (Shetland Fiddlers). More than 1,200 international performers were also in attendance.

Anyone not attending the 69th show of the Royal Edinburgh Military Tattoo cannot imagine and capture the magnitude of kaleidoscopic light shows and the perfect-pitch performance of military songs and other melodies, while soldiers march in formation with flawless movement. Originally, the Tattoo was made up of military units only, but it has evolved into other elaborate theatrics and musical performances.

The 2019 Royal Edinburgh Military Tattoo was extraordinary with over 25 performances. The 2019 Tattoo was televised by the BBC and allowed over 100 million people worldwide to enjoy this 100-minute cultural spectacle. After the fireworks show, the Tattoo draws to a close as the traditional lone piper plays from the castle walls showing his silhouette.

As my husband and I looked out of the window of our hotel room across the street from Edinburgh Castle, we discussed the magnificence of the night and agreed we could mark the adventure off our bucket list with complete satisfaction. I can still hear the beautiful, unique sound of the bagpipes playing.

Between us, we have visited over 22 countries, and we are looking for our next adventure. I’m sure we will find a fun and exciting adventure for 2020.

Observing the Pandemic Effect on the Restaurant Industry 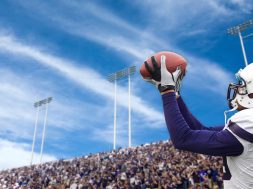 The Link Between Football Game Attendance and COVID-19