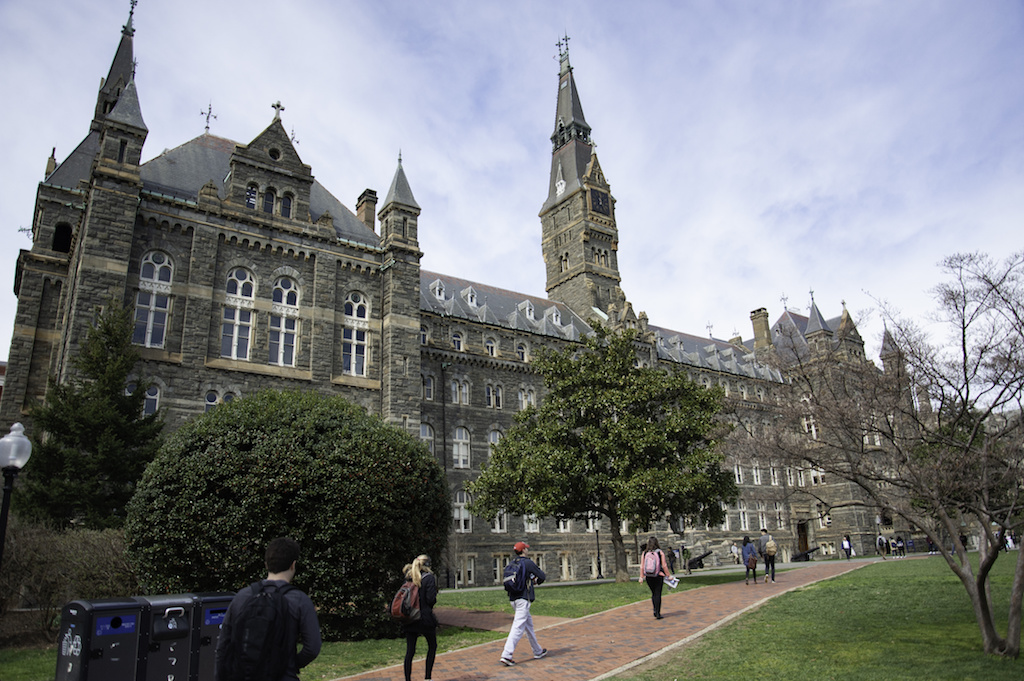 In the Winter 2020 issue of National Affairs, James Piereson and Naomi Schaefer Riley write about the past, present, and future of state flagship universities. Can these schools remain financially solvent while educating residents at the low tuition rates that were common in past decades? Based on a recent Washington Post survey of 50 such institutions, the authors answer “no.” While not all of these findings are news, the authors astutely assess negative changes in public higher education and recommend the true reforms needed.

Of the 50 universities surveyed, 44 serve fewer in-state students today than ten years ago. The authors attribute this decline to the schools admitting more out-of-state and foreign students to offset declining state funding. Increasing the percentage of higher tuition-paying students is an act of desperation by the flagships to maintain their legacy business model from the 1950s and ‘60s, when legislatures funded them generously and higher enrollments of 25,000-40,000 enabled them to operate a research university at scale. At that time, nearly 20% of state appropriations were directed toward public higher education because the costs of the mandated programs, K-12 education, and state employee pension programs and healthcare were much lower than today. New realities of state budgeting triggered by demographic changes (baby boomers aging, increasing minority populations) and higher-cost pension, long-term care and healthcare plans have made it impossible to sustain funding levels prevalent 50 years ago.

In order to thrive, let alone survive, public universities must recognize the landscape has changed and adapt their business models accordingly. The authors recommend that schools consider expanding the range of students served beyond 18-year-olds to adult learners working full-time and attending college part-time. They recommend increasing the number of programs that are offered online so that adult students and others unable to attend traditional classes can enroll. They also recommend changing some of the administrative functions that have expanded in higher education during the golden years.

The collapse of the old funding model resulting in higher tuitions at public universities has also reduced their competitive attractiveness to faculty and students. The best high school students today pursue admission to elite private universities, which recruit top faculty through higher salaries thanks to higher tuition, large endowments, and major research facilities and grants. Because of this shift, only one public school was listed in the top 20 research institutions in the most recent U.S. News & World Report rankings. The authors maintain that the decline is due to a number of political and financial factors that have squeezed public institutions over the last 50 years.

The traditional business model of public universities relies on two primary sources for funding undergraduate education, state appropriations and tuition. During the ‘50s and ‘60s, it was not uncommon for state appropriations to cover 80% of the operating costs of a flagship university. Undergraduate tuition for in-state students was heavily subsidized. Today, state appropriations only cover 30% of such costs, primarily due to budget pressures. Mandated funding costs of Medicaid, welfare programs, K-12 education, and state public pension programs have forced states to cut higher education funding. As a result of such cuts, state flagships have increased tuition an average of 37% since 2008, while several states have done so by more than 60% during the same period. Tuition now provides approximately half of all revenues at flagship universities, up from 25% 30 years ago.

As flagship universities increase the percentage of out-of-state and foreign students, thereby reducing the numbers of in-state students, parents of students not able to attend these institutions are likely to reject tax increases that could increase funding for state higher education. Cutting administrative costs could assist colleges financially, but the authors doubt many will succeed, citing programs like those in Texas that move students through college faster, reducing state costs.

All of these initiatives will not suffice to reform the public business model. The authors recommend consolidating public institutions with overlaps between programs and campuses. Additionally, they recommend that states consider giving vouchers to in-state students who can choose which institution to attend instead of funding institutions directly. Also, some flagships with very low funding should consider privatizing and those funds can be distributed among remaining public institutions. Lastly, the authors cite a few critics of political appointees to flagship boards stating that many of them have no knowledge of the higher education business model or competitive environment and a better-positioned board could be more helpful over the long haul. Regardless, public higher education needs to reform to reestablish its mission of access and affordability to all.