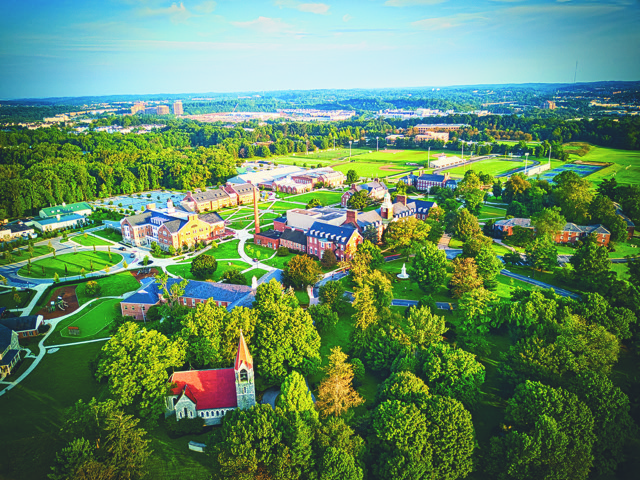 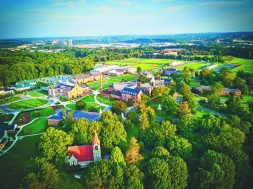 My prep school alma mater, McDonogh School, has an excellent communication system in place to notify alumni of events and items of interest. On February 12, I received an email from the school informing all members of the McDonogh community about the death of former headmaster Bob Lamborn.

Bob was the school’s headmaster when I attended McDonogh. He was an alumnus (class of 1935) and succeeded his father, Louis Lamborn, in that role in 1952. During his 21-year tenure as headmaster, Bob strengthened the school’s academic programs, oversaw racial integration, ended the military program, and built the foundation for coeducation.

He retired as headmaster in 1972, the same year that I graduated. At a celebration of his 100th birthday, McDonogh prepared this video commemorating his life and many contributions to the school.

For years after my graduation from McDonogh, I served on its alumni board and Board of Trustees. My wife worked at McDonogh as Director of Admissions for a number of years, and our daughters attended and graduated from the school as well. Because of those connections, I was able to occasionally see Dr. Lamborn on one of his many visits to campus.

The news about Dr. Lamborn’s death was not surprising, given his age of 102. What amazed me was the number of personal reflections from classmates spontaneously sent via an informal class email list.

Individual stories ranged from meeting him during an admissions visit as a five-year-old (McDonogh offered grades 1-12 during our years) to social events that he hosted for boarding students at his home on campus during the winter (hot chocolate, pretzels, and ping-pong), and for his leadership and advice as the first faculty sponsor for the newly formed Black Student Union. As co-editor of the school’s student newspaper, The Week, I remembered an incident where he supported the freedom of my co-editor and I to write a controversial op-ed. Several classmates remembered his solicitation for pledges for his successful cross-country bicycle ride at the age of 72, and admired him as a role model for staying fit after retirement.

As you might imagine, the Vietnam War was a fairly frequent topic of discussion at an all-male school with a semi-military orientation. The conversations were not limited to classrooms, dining tables, dorm rooms, or homes.

As the war protests continued, the quality and quantity of admissions applications shrunk. Bob recommended to the Board of Trustees that McDonogh drop its nearly 100-year tradition of wearing military uniforms and become a traditional college preparatory school, possibly even co-educational. Eventually, the majority of the Board agreed, and the school made the controversial change effective for the fall of 1971 (the senior year of my class).

Bob Lamborn’s push to change the school’s status came with a cost. In the fall of 1971, the Board of Trustees announced the creation of the position of President. The Headmaster would report to the President and be more of an academic leader.

Our class knew that Bob’s “demotion” was the result of his support for change at McDonogh, a recommendation that was not supported by all alums and some Board members. We dedicated our yearbook to him, recognizing his many contributions to the school, his unwavering push for excellence, and his integrity.

So it was not surprising to me that one of the conversations in our group email was a story about our graduation in 1972. At some point prior to graduation, we found out that Bob Lamborn was not going to present us with our diplomas as he had with the previous 20 graduating classes. The new president was going to hand us our diplomas, and Bob was seated with the faculty on the second row.

Our class agreed that after each of us received our diplomas, we would make a U-turn back to Bob Lamborn to shake his hand. Needless to say, we did not share this plan with anyone else. One by one, we received our diplomas and wove our way back to the man who we respected for his courage and leadership and shook his hand.

Later that year, Bob Lamborn resigned as headmaster. After college graduation, one of our McDonogh classmates returned to the school as a teacher. In this email exchange, he shared with us that whenever he saw Bob Lamborn over the past three decades, Bob would warmly say to him, “I appreciate what you did for me.” According to him, Bob was referring to the class of ’72 affirmation of respect by shaking his hand during the graduation ceremony.

I have many memories of Bob Lamborn, mostly from my six years as a boarding student at McDonogh. I remember the first winter trip to his house and seeing a piece of wood over his fireplace mantel with the quote, “We give something more than we take.”

The quote was from a poem, The McDonogh Uniform, written by a member of the class of 1879, that we had to memorize as part of our orientation to McDonogh. The verse that it comes from is one of the more meaningful to me:

Our trademark is woven into every suit;

‘Tis a vow that each wearer must make.

How low or how high in the world he may be,

“We give something more than we take.”

I may not have understood that phrase as a seventh grader as much as I grew to appreciate it and embrace it as an adult. Bob Lamborn encouraged all of us to “be the best that we could be” and “give something more than we take,” and his rich and fulfilling life was an excellent example of using your talents and giving back. Thank you, Bob, for the inspiration to lead others and the courage to embrace change and excellence.

tags: Dr. Robert Lamborn McDonogh School original
previous The Complicated Politics of Vital Infrastructure Repairs
next Higher Ed: A Day of Reckoning or Is It Business as Usual?