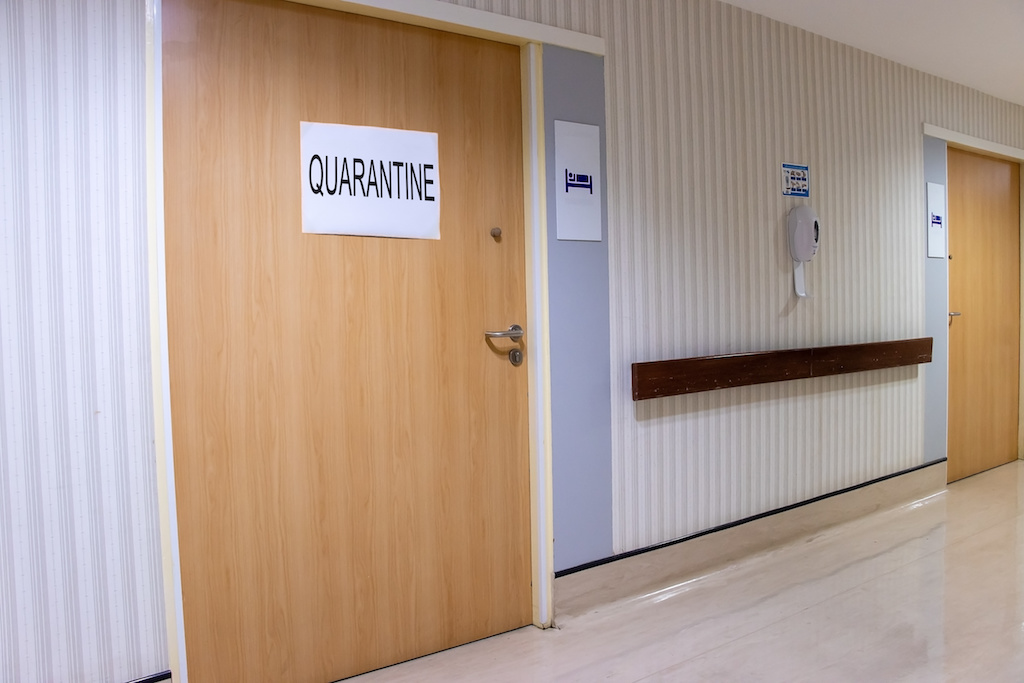 I’ve worked hard during the “work remote, shelter at home” period to continue my routines and break the gap between work and non-work activities, in order to keep from being bored and going stir-crazy. Everything was going according to my never-experienced, work-from-home plan.

One night last week, I woke with a queasy feeling in my stomach, the kind I get when a 24-hour bug is approaching. Nothing happened that night, but by 10 a.m. the next morning, I called my internist. I described my stomach pain symptoms and was advised to go to the closest emergency room.

After four hours of testing, I was discharged with an inconclusive diagnosis. By the next morning, the pain was more intense and I returned. Later in the day, I had an emergency appendectomy for a ruptured appendix. By that time, I didn’t care about a pandemic; I just wanted the pain to go away.

Once I recovered from the relatively short procedure, I realized that it would not be a routine in-and-out hospital stay. My abdomen had been exposed to unknown numbers of bacteria and other substances that are supposed to leave the body externally. The treatment protocol was a number of IV and oral antibiotics administered 24 hours a day until the doctors were confident that the infection was under control. I would have to be my own advocate, since no visitors were allowed due to the pandemic.

I was lucky that a colorectal surgeon happened to be on call the day of my surgery and performed my appendectomy. He was great and never failed to visit me at least once a day post-surgery to review my test results and discuss the plan going forward.

All of the hospital staff were garbed in personal protective equipment (PPE) from the time I entered the ER to the time that I left, six days later. I was given a mask when I entered the ER and other than when I was in my room by myself, I had to wear the mask.

The last time I was an in-patient in a hospital was in second grade when I had my tonsils removed. I don’t remember much about that visit other than I couldn’t wait to go home. That was probably the only similarity between then and now.

Today, all interactions with patients are computerized with physician orders going into the computer and actions taken by the staff logged in through a mobile device. Before each shot I received, the nurse scanned my wristband which logged me in as the patient and then the medicine was scanned with the date and time of day.

Despite the automation, the system is not perfect. Before I could be discharged, I had to have a CAT scan to confirm that there were no abscesses in my abdomen. Because I have an allergy to contrast dye, I had to have a special regimen of steroids before the test could proceed.

Two hours before the test, the nurse read the record from the morning dosage and assumed that I had received the drug appropriately. I stated the drug regimen was explained differently to me and that I needed another dose. She was able to confirm that I was correct, but the debate and confirmation with the physician delayed the test by more than two hours.

Now that I’ve been home for a week, the recovery is noticeable but slower than I thought it would be. I have a follow-up telemedicine call scheduled with my surgeon a week after discharge, but most of my dialogue has been with my personal physician. Times may have changed since my first stay 58 years ago, but the automated healthcare patient system seems to be more oriented toward task completion than treating the patient.

I see a lot of room for improvement in patient outcomes and costs if a thoughtful and unified approach could be taken to fine-tune the software recording medical interactions with the patient’s actual situation and a database to indicate the next steps that are most likely to provide the best outcome. More on this topic will follow, after I’ve had a few more weeks to reflect.

tags: coronavirus pandemic hospitals medical treatment during coronavirus original telemedicine
previous Social Distancing Worked, So How Do We Restart the Economy?
next Coronavirus: Its Impact on the Higher Education Experience