Globalization and the Importance of Understanding Cultures

Globalization and the Importance of Understanding Cultures 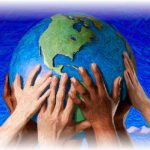 America has been accused by many of being insensitive to the importance of cultures.  Eugene Burdick and William Lederer’s1958 book The Ugly American argued that America was losing the struggle against Communism in Southeast Asia in large part due to its inability and /or unwillingness to understand the local cultures there.  There clearly was a disconnect between Burdick’s and Lederer’s thesis at the time and U.S. foreign policy as evidenced by our involvement in Vietnam.  Pockets of the population remain today that reinforce the notion of the “ugly  American” but America’s colleges and universities have responded by increasing the number of study abroad programs available to students.  While culture is a topic that is broader than a blog post or two, I think it’s important to review how we’ve looked at understanding cultures at our institution.

As our curriculum advanced from the study of warfare and military history to the study of strategic and military intelligence, our faculty pointed out the importance of having an area studies program available to students in multiple degree programs.  For the active duty military student, an area studies program could provide an edge in understanding an area of the world where he/she was being deployed.  Our area studies programs consisted of a course on the history of the country/area, its geography, and an introduction to its language.  At one point in time, we had courses in the history and geography of over 20 countries.

More recently, our faculty decided to examine the area studies programs and align them with the “strategic” positioning of the U.S. State Department.  We have 5 minors that focus on specific geographic regions: Africa, Asia, Europe, Latin America and the Middle East.  Each requires a course which compares the political structures of the various nations within the region as well as a course that examines the broader political system impacting the region as a whole.  In addition, each minor offers courses on the geography, foreign policy, economy and history of the region.  Through courses that examine the philosophy, religion and popular culture of each region, students are able to gather a more thorough understanding of the region’s people.  By providing the student with a solid background combined with a modern-day perspective on each region, I believe we are contributing to a more fundamental cultural understanding and combating the notion of the “ugly American.”

Colin Powell said, “The more we know about each other, the more we learn about each other, the more we engage on differences that we have between our societies and between our social systems and between our political points of view, the better off we are.  The more dialogue we have at every level, and especially at the academic level, where opinion-makers are located…the better off we are.”  Secretary Powell was correct.  The internet is globalizing the world and America and collectively, we must begin to understand other cultures and languages for our continued standing in the society of nations. 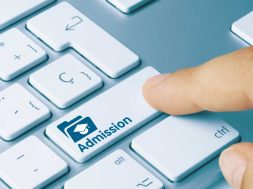