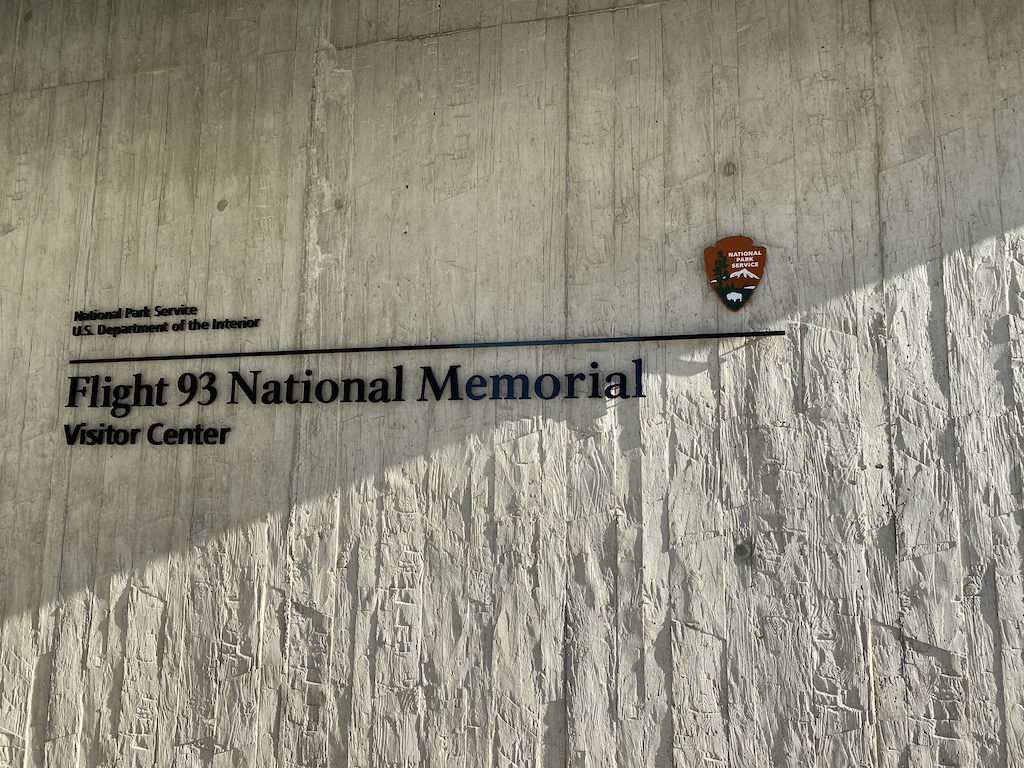 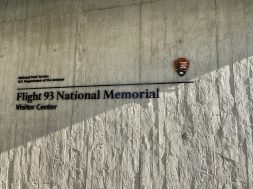 On December 7, I visited the Flight 93 National Memorial near Shanksville, Pennsylvania. While I did not intend to visit it on the Pearl Harbor anniversary, it was an eerie coincidence. Just as the Japanese bombing precipitated our entry in the Second World War, so did the hijacking of four flights on 9-11-2001 launch our nation’s protracted war against terror. 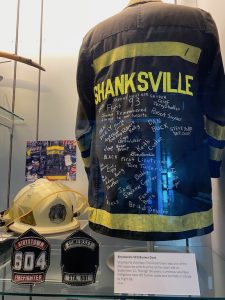 As I exited the Pennsylvania Turnpike, I was struck by how rural the environs were. As my GPS guided me to the Memorial, the vistas opened up with rolling hills, fields, and forests. It was a cold and windy day but the skies were clear, similar to that distant September day in 2001. The visibility extended for miles in all directions.

The visitor center is at the end of a mile or so drive into the 2,200-acre property. A slate walkway leads from the parking lots to the curved stone building, with three separate engraved stones marking the three flights that crashed into the World Trade Center and Pentagon. Designed by Paul and Milena Murdoch, the building offers a series of video, audio exhibits and artifacts detailing the history behind Flight 93 that day, including the crew and passengers, their determination to regain control of the cockpit, and the deliberate nearby crash by the hijackers.

Part of the design places it under the final flight path, including an observation platform overlooking the crash site and final resting place for all who perished. You can walk to the site from the visitor center on a curved path approximately a mile long, though I chose to drive due to the temperature and wind. That area is noted by a long stone wall engraved with the names of the passengers and crew, separating the field from the walkway and rest of the park. A boulder, visible from the wall, was placed at the crash site.

Visiting the Memorial poignantly evoked memories for me of that fateful day when our nation’s sense of security was breached forever. I was surprised that the Oracle ID card of passenger Todd Beamer survived the crash and was part of the exhibits. His last words, “Let’s roll,” were broadcast throughout America in the days and weeks post 9-11 as a call to action. Anyone like me who visits the Memorial will undoubtedly “never forget.”

tags: Current Events Flight 93 Flight 93 National Memorial Shanksville United Flight 93 victims
previous Technology Advances or Declines – It May Depend on Where You Live
next Wreaths Across America: Honor the Fallen This Holiday