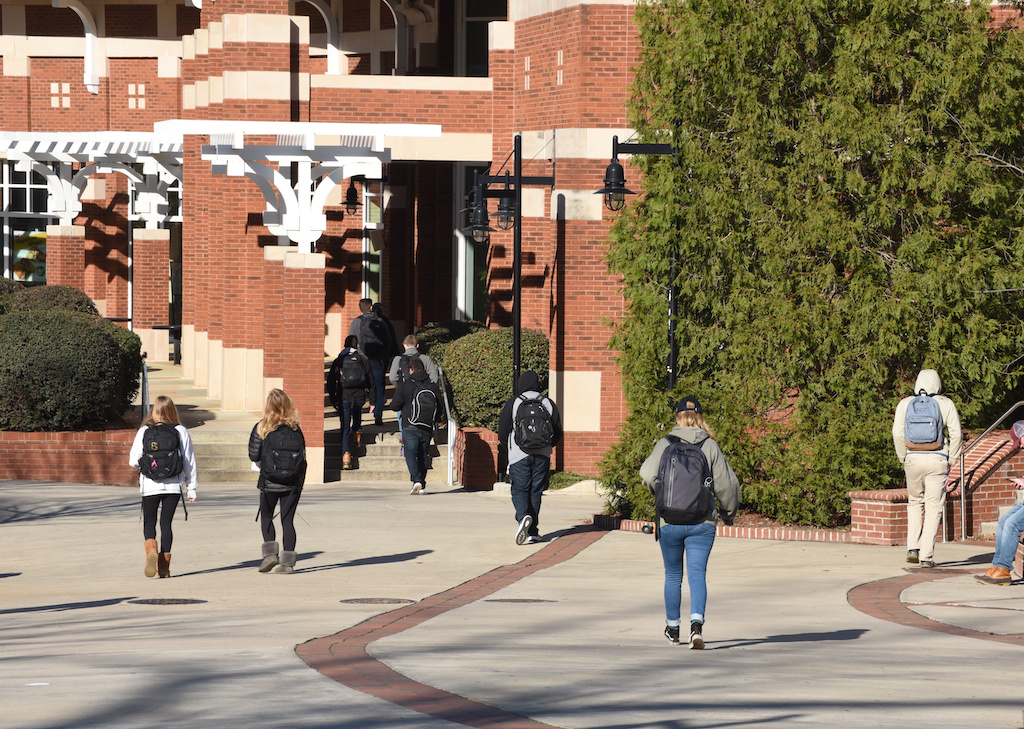 ‘The Dollars and Sense of Free College’ and Its Proposals

‘The Dollars and Sense of Free College’ and Its Proposals

Georgetown’s Center on Education and the Workforce released a report yesterday, examining various proposals for free college, including one proposal from presidential candidate Joe Biden. The report’s authors — Anthony Carnevale, Jenna Sablan, Artem Gulish, Michael Quinn, and Gayle Cinquegrani — provide a brief history of the various free college proposals adopted in some form by at least 15 states over the past few years.

The intro boldly states that “despite higher education’s obvious benefits, many students avoid or quit college because they simply cannot afford it.” That statement is explained by “Tuition and fees at public four-year colleges have grown 19 times faster than the median family income since 1980 as funding for college has waned at both the state and federal levels, shifting much of the financial burden to students.”

The authors also write that “financial aid that fully covers tuition and fees sounds good, but it doesn’t account for student living expenses, which represent 60-80 percent of the total cost of attending a public college.” Bravo! The funding of student living expenses has been an issue in financial aid programs since at least the 1970s, when I attended college as an undergraduate. I will supplement the authors’ statement with one example from data provided by the National Center of Education Statistics’ College Navigator website.

These student living expenses comprise 58 percent of a student’s total educational costs. Based on my experience, the total costs listed do not comprise all the costs of attending college for most full-time students.

First-dollar tuition-free programs guarantee that the government will fully pay for tuition at a public college, freeing up any additional financial aid received by the student to cover other costs such as room and board, books, and transportation. Assuming universal eligibility, this type of program would cost $58.2 billion in the first year of its implementation.

Last-dollar tuition-free programs guarantee that the government will pay any tuition remaining at a public college after a student’s existing federal financial aid award is used. Assuming universal eligibility, this type of program would cost $27.8 billion in the first year of its implementation. The researchers correctly note that while the last-dollar program would cost taxpayers less, it would not allow the poorest students to use their additional aid for other expenses like a first-dollar program would.

Debt-free programs guarantee that the government will cover tuition and all other costs of attendance, such as room and board, books, and transportation. Students will be able to attend a public college without having to borrow money. Assuming universal eligibility, this program would cost an estimated $75 billion in the first year of implementation.

As noted by the report’s authors, free college is not really “free,” since taxpayers will wind up paying for it. Supporters of free college argue that investment in the education system is a public good that yields economic and non-economic benefits beyond its costs. Any assessment of free-college plans needs to consider plan costs and plan benefits.

The authors report that their analysis of Joe Biden’s 2020 first-dollar, tuition-free plan finds that it has high costs ($49.6 billion in its first year of implementation), but it would also generate substantial benefits. The researchers assume that under a plan like Biden’s, more students would complete college and get jobs that lead to an additional $371.4 billion in federal and state tax revenue and private after-tax earnings gains of $866.7 billion. These benefits outweigh the costs by year 10 of the program.

Biden’s first-dollar plan is $8.6 billion less than the estimated costs reported by the authors for a universally implemented plan, because his plan caps eligibility to families earning less than $125,000 per year. The authors estimate that enrollment growth at public institutions could grow by 6-14 percent over the decade following implementation, while student enrollment at private colleges could decline by 7-14 percent. The report also notes that Biden’s free college plan would improve equity somewhat by capping benefits to families earning less than $125,000 per year.

The report provides great background information about the financing and funding of federal and state financial aid programs, including state tuition subsidies. I have supported the notion of ensuring that college is affordable to all since my days as a student. The ideas are good, but they ignore a couple of key points.

First, none of these plans incentivize colleges to control their costs and what they charge for tuition, fees, books, and room and board. College costs increased at rates far higher than family incomes over the past few decades because the demand was greater than the supply. Where are the circuit breakers or controls to keep the costs of these plans from spiraling out of control?

Second, the benefits of these plans utilize assumptions for lifetime earnings of college graduates that may no longer be sustainable. There are too many books and papers that suggest that our advances in technology will reduce jobs in the future. The time and the costs for obtaining a four-year degree may not provide the same benefits as technical training in programming, plumbing, nursing, etc.

It is true that many students drop out of college because of finances. What is seldom reported is that the general education portion of the four-year curriculum does not provide enough incentive for many of those students to believe that there is a satisfying career path at the end of the rainbow.

Also ignored by many is the inadequate alignment and quality of high school curriculum with college curriculum. How do we reward colleges that align their curriculum and counseling with the future job market? How do we penalize those colleges that don’t?

The income gap is growing, and many of the proposed solutions never examine the broader perspective. Reward the states and institutions that have built and aligned curriculum to the needs of their current employers as well as the needs of employers that they want to attract. Reward institutions that provide an education that gives their students career path options that may include stopouts for employment and opportunities for additional education over their lifetime.

The COVID-19 pandemic has pushed the country into a recession and has impacted education across the K-20 continuum. Changing the funding is a waste of time and money without a broader review of how the systems integrate and align as well as provide great outcomes in a cost-effective manner.

tags: affordability of a college education college costs free college education original The Dollars and Sense of Free College
previous The Publishers’ Conundrum: Relax Ebook Restrictions or Not?
next Observing the Pandemic Effect on the Restaurant Industry

Building Back American Job Training in the Post-COVID Era