July: A Month of Memories, Celebrations and Reflection

The Walls Are Crumbling: Will Colleges Reopen This Fall? An opinion piece by Jeff Selingo last week in the Washington Post criticized colleges giving preference to alumni children. Let’s start with the irony of that criticism.* If a non-elite, non-selective college gave preferential admission to a child of an alumnus, no one would object. After all, non-selective schools admit nearly everyone. While the Post didn’t reference “elite” in the headline, the colleges cited include UVA, Harvard, Yale, Stanford and Princeton, most of which accept 10% or fewer of their applicants.

Tuition, fees, and room and board at these institutions (excluding UVA) range from $66,000 to $70,000 annually. The percentage of students granted institutional aid ranges from 49 – 59% and the average scholarship approximates $45,000 annually. The institutions’ collective decision to limit undergraduate enrollments drives their exclusivity (single-digit admission rates are increasingly common) which, in turn, drives their ability to charge much higher tuition than a public institution and most private ones.

However, the high percentage of students receiving institutional aid lends credence to the institutions finding an offset of students who can afford the full sticker price. When I consider the alumni annual giving, development campaigns and alumni bequests funding many initiatives at these institutions, why not review a list of alumni donors when considering the percentage of full-pay students for admission?

I therefore don’t buy the author’s rationale for eliminating alumni preferences. For starters, the fact that alumni children have a 300% greater chance of admission at Stanford when the overall percentage admitted was 4.7% means that they only have a average 15% chance of admission. In fact, I suspect that children of major alum donors have a much higher chance of admission than those of alums who have not done so, but no one is disclosing that number. That’s not much of an advantage for your child if you’ve been a loyal donor for the 20-30 years after graduation between getting married and having college-bound children.

If the percentage of applicants receiving institutional aid was a lot lower (say 15-25%) and the percentage of alumni children admitted was a lot higher (say 30-40%), Mr. Selingo might have a point. Until then, let’s focus on issues impacting more students nationwide, like how to increase the Pell Grant award to cover at least 75% of the cost of public college attendance.

*Note: For the record, I’m a contributing alumnus of Duke University, Tulane University, and the University of Pennsylvania and sit on the Board of Overseers of the latter’s Graduate School of Education, but otherwise have no vested interest in my stated position on this issue.

previous The Tipping Point in Distance Education May Be Closer Than You Think
next New York’s Tuition-Free College Scholarship Program: Too Good to Be True? 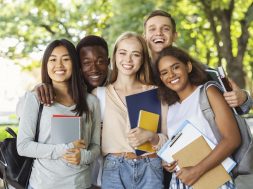 The Business Model of Higher Education Is Being Broken 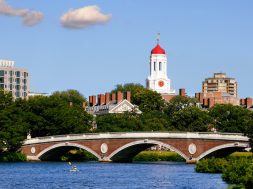