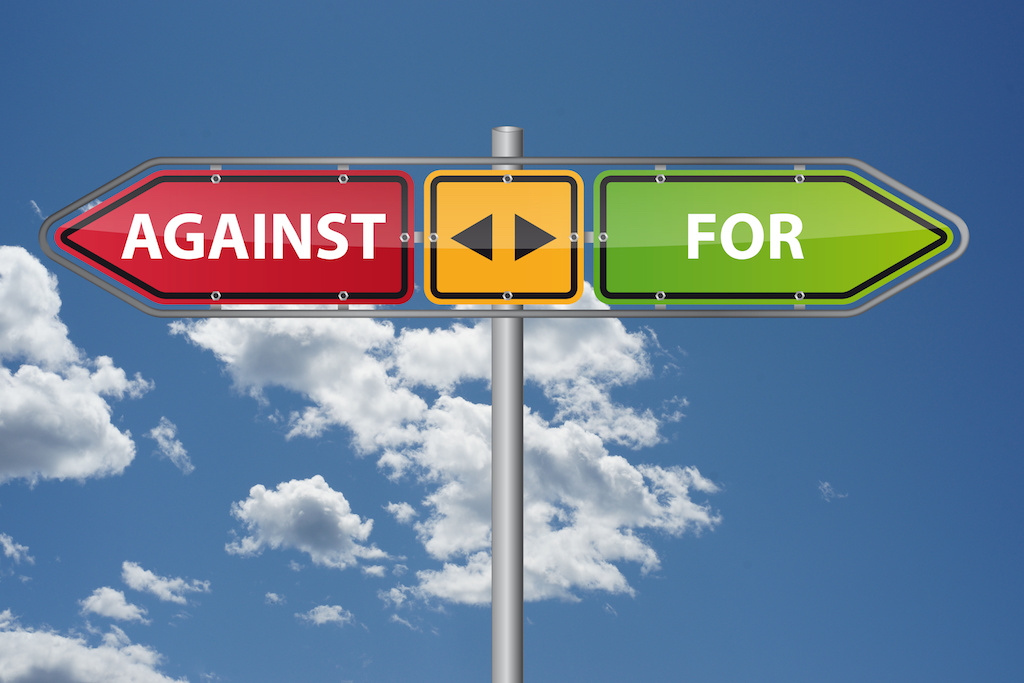 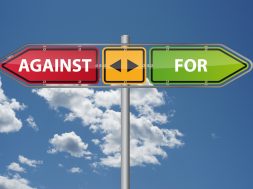 Dr. Gary Deel is a faculty director with APUS’s School of Business. His guest blog post this week is especially pertinent to the polarization that we see in our society today and well worth reading.

This initiative has spread to several departments within the university and has become fairly popular in its own right. For example, the APUS School of Business has hosted two debates so far: one on the impact of technology and the other on the role of unions in the workplace.

The APUS School of Security and Global Studies has also hosted several debates on different geopolitical issues. And there are more currently being planned. So it’s worth taking a moment to spotlight this practice and remind readers why respectful debate is so healthy and important for intellectual development.

We’ve reached a point in America when many people are disinclined to discuss sensitive topics with their fellow citizens for fear that they might disagree — or worse, cause offense. These topics generally include sex, politics, and religion.

I’ve always found this tendency perplexing, and used to wonder whether this disinclination was a custom unique to the United States. But several years ago, I began mentoring students from other countries, including Saudi Arabia and island nations in Latin America such as Cuba and the Dominican Republic. I was surprised to find that the same social rules were followed in these places as well. No talk about sex, politics, or religion.

As Individuals, We Learn When We Are Exposed to Different Ideas

This concerns me because it’s quite clear that, as individuals, we learn when we are exposed to different ideas; when we are forced — however uncomfortably — to reconcile new information with our preexisting beliefs about the ways the world works.

Unfortunately, many people retreat into the comfort and safety of their rigid, personal thought bubbles in order to avoid such dissonance. Or worse, we surround ourselves with confirmation bias such that the only new information that can be absorbed is that which agrees with our preconceived notions. When we do this, we sacrifice any ability we might have had to grow and learn through our experiences.

Virtually all conceivable topics — from politics, to law, to science, to art, culture, sex and religion – ought to be fair game for the healthy and respectful debates of ideas. Such conversations might be very personal and perhaps even uncomfortable, but that doesn’t mean they shouldn’t happen or that willing participants can’t stand to benefit from them.

Debates are often viewed as arguments: Two or more sides of an issue vie to make the most compelling or convincing points and press to undermine the reasoning of opposing views. In this sense, it’s natural that such engagements provoke emotions such as pride, ego, and self-esteem. We don’t want to lose a debate any more than we’d want to lose a basketball game or a chess match.

And when such a debate happens in front of an audience, these effects are magnified. Losing an argument in private is one thing. Losing in front of a crowd raises shame and embarrassment to a whole other level.

But I think we owe it to ourselves to rethink our stances on these kinds of interactions. First, it is common to want to avoid disagreements with others for fear of causing offense or hostility. This makes sense from an evolutionary standpoint; the less confrontational members of a species tend to survive longer, all things being equal.

But we must remember that we can disagree without being disrespectful. We can oppose without offending. We have to practice the art of being able to sit down and have difficult, confrontational discussions…and then get up, shake hands, and remain friends.

On the flip side, while those people who tend to fear causing offense in others need to work on communicating more courageously, those among us who tend to take offense too easily need to work on reducing the emotional stakes involved and reflecting on how seriously they take themselves.

We Must Recognize that We Are Always Our Own Worst Critic

Second, we must recognize that we are always our own worst critic. The shame or embarrassment that we feel in losing is always far greater than that which anyone else feels toward us.

Think of the last Super Bowl you watched. The chagrin on the faces of the losing team is always unmistakable. It can be hard to watch. Their visible pain is invariably far greater than that which others — even the team’s fans — ever feel at that moment. It’s natural to be hard on ourselves, but we have to keep things in perspective. We will survive losing a debate, a chess match, or any challenge for that matter, and sometimes it can be a helpful catalyst for growth and self-improvement.

Third, consider the weight that we put on the idea of losing an argument. In our current societal zeitgeist, it’s almost as if being caught in an error — an inescapable quality of being human — is unacceptable. We place such pressure on being right in debates and arguments that we are often disinclined to admit when we are wrong, even when we ourselves recognize it. Stubbornness emerges as an unfortunate byproduct of a culture that has no tolerance for mistakes.

But beyond the victory and defeat of the moment, what are the lasting effects of this encounter? By being shown to be wrong, you actually learned something that you did not previously know, namely, that blue whales are indeed endangered. Your friend didn’t learn anything because he merely confirmed that which he already knew to be true.

You, on the other hand, grew your own knowledge from the experience. You corrected an error in your own understanding, and this made you a little better off than you were before the argument. So in a certain sense, we could say that the “loser” of an argument is also, invariably, the sole beneficiary of the argument. If only we can get over the deflation of our egos!

Debates encourage the kind of healthy dialogue that leads us to these opportunities for growth and improvement. When we close ourselves off to new information, we stagnate intellectually and we squander precious opportunities to better ourselves. I am happy to support the new debate initiative at APUS in the spirit of conversation and growth, and I hope to see it continue in the years ahead.