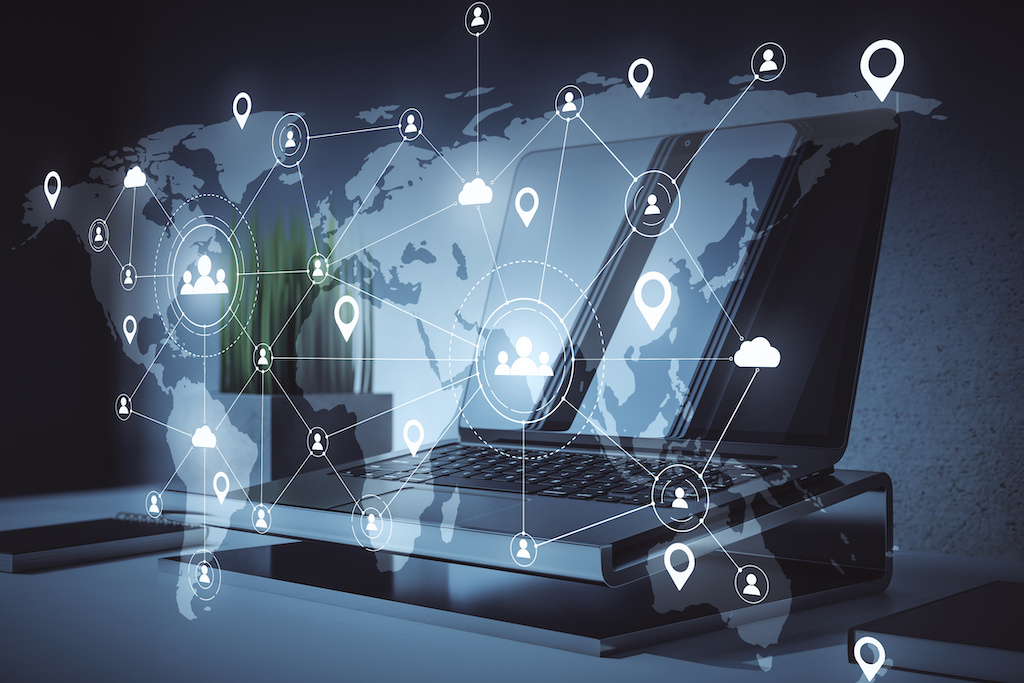 In March, the governors of many states ordered social distancing and remote work for non-essential workers. Companies with offices scrambled to enhance their technology platforms in order to accommodate so many additional people working online and remotely.

At American Public University System (APUS), we had more than 800 staff members assigned to four buildings in two locations. We began our remote work operations on Monday, March 16. Many of our employees assigned to those locations continue to work remotely, even though the rates of infection and states’ restrictions have decreased. While some employees have returned, APUS continues to monitor the situation in order to ensure the safety and social distancing of employees working from the office.

The Economist published an article last week titled “Covid-19 has forced a radical shift in working habits, mostly for the better.” The article leads off with the statement that some visionaries have argued for decades that a lot of work done in shared offices could be done better at home.

With the work from home orders issued in many U.S. states and other countries, the notion of whether productive office work could be completed from home was put to a huge test. The preliminary results are in and yes, much work can be done from home. Moreover, many people prefer doing it there.

Naturally, the outcomes of this “test” does not mean the end of commercial offices. It has stimulated a much larger debate nationally in the U.S. For every company like Pinterest that paid to end a lease obligation on office space, there are companies like Facebook that just signed a new lease on expanded office space in Manhattan. Governments, which have essential duties for certain functions during the pandemic, are encouraging people to come back to the office.

Companies desiring people to come back to the office face a difficult task. Until a vaccine is available to reduce the risk of COVID-19, companies have to reduce the capacity of their offices due to social distancing guidelines. Elevator restrictions on capacity have created lines of workers stretching outside the building and around the block during morning arrival times. In cities like New York where 25 percent of workers rely on public transportation, many employees do not believe it’s safe to do so.

On the good news side, it appears that many people are happier working from home (unless they’re in charge of homeschooling their children, too, but that’s a different story). Average meeting lengths appear to decline when people work from home. Workers also commute less, even much less in some cases. Reducing commuting time is great for happiness.

Creating more employee satisfaction by allowing people to work from home can also make them more productive. In most countries, workers report that they accomplished more under lockdown than they would have in the office.

In the current circumstances, with many children home from school and parents required to supervise their kids’ schooling, the reliability of productivity and efficiency metrics is suspect. Additionally, most productivity data are self-reported and with half of American workers concerned about losing their job during the lockdown, the self-reported data may not be reliable.

Others view it differently. According to them, the office was created when the work world involved the processing of lots of paper. Before COVID-19, the world was stuck in a bad equilibrium in which home work was less prevalent than it should have been.

The Economist cites a suggestion by Brent Neiman of the University of Chicago that there are three factors that prevented the growth of home working pre-pandemic. The first relates to information. Bosses did not know whether office work was necessary or not. The past six months has illuminated the productivity of home work for their workers.

The second factor relates to coordination. It may have been politically difficult for a company with large groups of employees to move to home work. The pandemic forced all firms who could work from home to do so. With all companies working from home, the critics were silenced.

The third factor relates to investment. The large fixed costs involving moving from an office to home may have dissuaded large movements by companies considering such a transition. In recent months, companies have made the investment on equipment like laptops and expanded Virtual Private Networks (VPNs).

Whether or not home working will remain popular post-pandemic will depend on companies’ willingness to allow employees to continue working from home. One study from MIT indicated that proximity can help people come up with new ideas, but they do not need to be in an office to do so. Another study from Leesman, a workforce consultancy, finds that satisfaction with working from home varies according to whether a person has dedicated office and desk space or not.

From The Economist’s review of available research, it is uncertain that the benefits of working from home can last forever. In 2013, tech firm Yahoo abandoned its large-scale working from home due to the loneliness of its workers. For companies that want to plan for a more extended period of home working, they should find ways to preserve and boost employee happiness and innovation.

One solution is to bring everyone into the office a few days a month. Others disregard that advice and believe that corporate retreats can accomplish the same thing. Working from home will demand the use of new hardware like high-quality cameras and microphones versus traditional data infrastructure.

If the home working trend wrought out of necessity by the pandemic continues, it may stimulate public policy changes. The Economist states that it is impossible to know whether home workers will find it easier or harder to bargain for pay raises. It may also be easier for an employer to fire remote workers. If so, calls may grow for home workers to have greater protections.

Just as the rise of the gig economy has prompted questions about the definition of an employee or independent contractor, the increased popularity of home working will put pressure on laws constructed around the assumption that people worked from an office. Reporting hours worked where no one physically clocks in could be one issue. Surveilling workers time spent on a computer while working from home could be another. Should a business pay for a worker’s internet connection, even though it existed before they worked from home? What about their electricity or heat?

Not only did more people work from home, but we were also able to keep good employees when their spouse relocated from the area or they had to move back home to care for an elderly parent. Allowing more people to work from home can create challenges, most of which can be overcome if a supervisor is willing to work with his/her employees. I think the evidence for the effectiveness of working from home is overwhelming and look forward to reading about it as one of the few bright trends to surface as a result of the pandemic.

tags: coronavirus pandemic COVID-19 original remote work shift to remote work during coronavirus
previous What U.S. Colleges’ Spring 2021 Plans Look Like So Far
next What Would Happen if Everything Remains Online Forever?