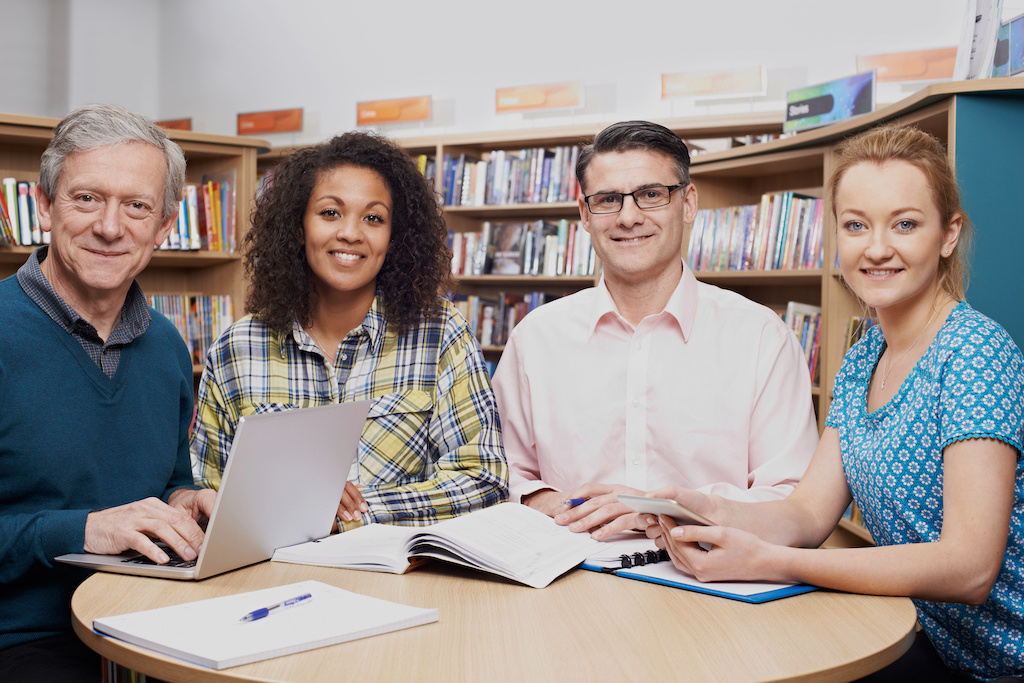 New America, a think tank dedicated to confronting the challenges created by technology and social change and seizing those opportunities, released a report this week titled The Comeback Story. The report, authored by Hadass Sheffer, Iris Palmer, and Annette Mattei addresses the various ways that adults return to school to complete their degrees. The topic interests me a great deal as I spent the past 18 years leading American Public University System (APUS) to collaboratively find ways to improve the success of our working adult students.

The setting for this story is not unknown. The authors state the well-known fact that 37 million people have left college over the past 20 years without completing a degree and that receiving a degree would greatly improve these former students’ economic situation. Sheffer, Palmer, and Mattei add that adult students are often an afterthought for colleges and policymakers even though more than 40 percent of today’s college students are over the age of 25.

The challenge and opportunity for postsecondary institutions are to design systems that support success for this new majority. Borrowing a term used by The Graduate! Network, the authors call these students “comebackers.” The report is based on the framework used by the comebackers to get back on track, persevere, and earn a degree.

Sheffer, Palmer, and Mattei write that these students have been written off for years as unsuccessful because they did not complete college. In their opinion, the comebackers have been dealt a triple blow caused by:

I agree with the first two points. While it may be true that providers of alternative credentials such as coding academies may find these students to be an attractive market segment, I believe there are a significant number of adult-serving higher education institutions like APUS that embrace serving these students through their mission, policies, and actions.

In their report, the researchers attempted to answer three questions:

The main findings of the study are:

The researchers provide statistics about who is in the comebacker population. From the National Student Clearinghouse (NSC) population of individuals who have completed some college but no degree over the last five years ending in 2018, 32 percent of students completed a single term, 56 percent completed multiple terms, and 12 percent were enrolled for two years or more.

The latter group was given the designation of potential completers by NSC. Interestingly, that group represented 48 percent of the population of adult students working with the Graduate! Network community. One in five of the students who engaged with the Graduate! Network had already earned a two-year degree or certificate and was seeking another degree. The researchers found that the transition between a two-year and a four-year institution requires additional support, particularly if the adult student is attempting to transfer credits into a four-year program.

The median age of the comebackers in the Graduate! Network was 30 years old, and the average age was 32.7 years old. On average, 3.7 years had elapsed since their last college enrollment. The most commonly cited reason for wanting to finish college was personal (41 percent). The next most common reason was to increase earning potential (22 percent) followed by interested in a career change (13 percent) and to obtain a better job (12 percent).

Once a decision was made to return to college, the administrative process was not as quick. One student stated that it took eight to 12 months to submit transcripts from previously attended institutions and to compare the transfer credits awarded by the multiple institutions applied to in order to determine what institution offered the shortest path to a degree.

Another student responded that it took time to figure out which college offered courses that fit best with his work schedule. Others stated that institutions that only offered services during the daytime were difficult to deal with when you had to take time off of work to get questions answered about the admissions or transfer credit process.

Comebackers want to build on what they have achieved, and they are concerned about cost. Information about transfer credits and prior learning assessments are generally not easily interpreted from college websites. Finally, comebackers are interested in accelerated, five to eight-week courses that start year-round instead of being limited to three or four starts a year.

As previously reported, a high percentage of the group remained continuously enrolled until graduation. For the third of the group that stopped-out at least once before graduating, a shift in their personal situation was the most frequently cited reason for the stop-out.

Balancing school and work forced some comebackers to take a break. The majority acknowledged that work had to be the priority because “that’s what pays bills.” Financial difficulties also influenced stop-outs and the lower the students’ income bracket, the more likely they were to have stopped out.

An accelerator toward completion for the group was the availability of employer education benefits. More than a third (35 percent) indicated that their employer had no education benefits. Many first-generation students are unfamiliar with federal loan deferment, forbearance, or income-based repayment programs. Many students are also unfamiliar with the changes in federal financial aid programs since they first attended college.

a. How many credits have I earned?
b. How long will it take me to graduate?
c. How much will it cost me?
d. What can I expect to get out of it?

In support of money or funding an education, the recommendation was made to improve employer education benefits.

In terms of providing academic and support structures, the following recommendations were made:

The part that I found disturbing was the research methodology utilized by this team. A quantitative analysis utilized data from 7,843 adult students who had some degree of contact with a Graduate! Network.

APUS has 100,000 graduates, 92 percent of whom qualify for this adult student category. We would have gladly participated in a study if asked. We are not the only institution that serves students from a similar background.

It is my belief that the researchers could have collected data from at least 500,000 successful adult learners and an equal number of adult learners who did not complete a degree, had they opted to contact adult-serving institutions. If we want to help the 37 million who have completed some college but not a degree, we need to collaborate and not work in a vacuum.