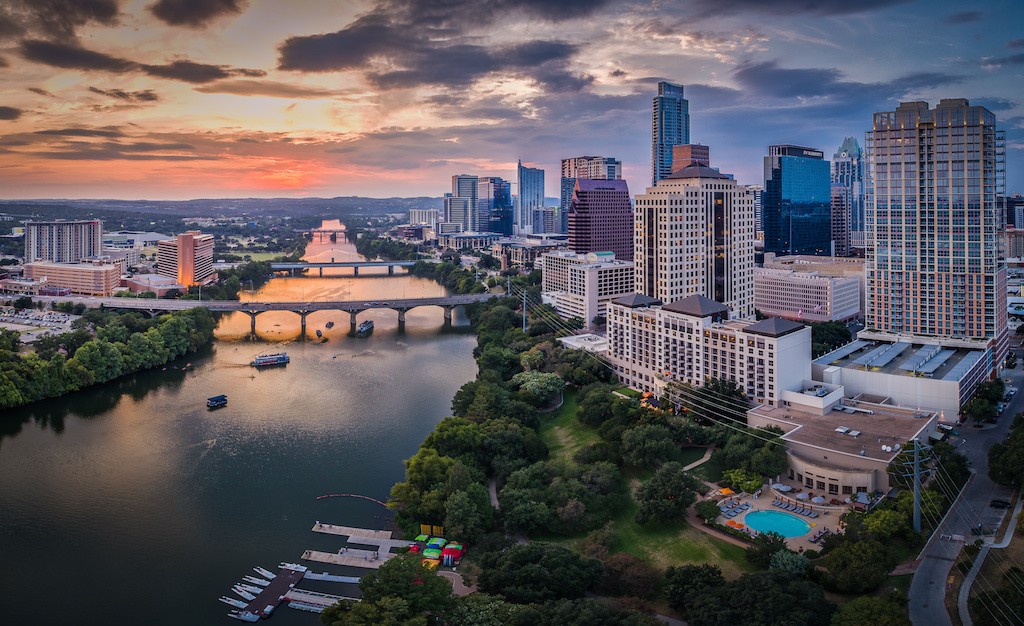 As I consider the implications of retiring from a university that I have served for over 17 years, I have explored various locales that could serve as a future base of operations. One such city is Austin, Texas. While Austin may be the capital of Texas, many Texans that I’ve met state that Austin does not mirror many other locales in Texas. In some ways, it’s like a big college town with the University of Texas flagship campus located in the city. Additionally, many tech companies have located, relocated, or are in the process of relocating there. Dell is headquartered in Austin; Google has a substantial number of employees based there; Apple is building a new location in Austin; and there are many others.

In downtown Austin and surrounding neighborhoods, the vibrant activity is very noticeable. From college students and tourists riding electric scooters and bikes to runners and bikers, outdoor activities are in vogue. The eateries are also eclectic, many owned by entrepreneurs versus national chains. It’s not unusual to see lines of people waiting to order food at food trucks that have established a regular location on heavily trafficked streets like South Lamar, South Congress, 1st, or 6th.

I happened to be in Austin one recent weekend and wanted to watch my Baltimore Ravens play the Cincinnati Bengals. I used my Ravens Fans app and found out the location where the Austin-based Ravens Flock gets together for viewing Ravens games. Ravens fan clubs are referred to as flocks and like other NFL teams, there are bars and restaurants where fans can meet to watch a game. In fact, there are fans in Louisville embracing the Ravens thanks to former Louisville star Lamar Jackson’s breakout year as a Ravens’ starter. According to the Ravens’ fan site, the Lavaca Street Bar & Grill on South Lamar is the watering place for the local flock. Sure enough, on November 10, the bar was packed with many fans wearing the black and purple or white, purple, and black Ravens jerseys.

In addition to seeing my fans, I quickly observed that all four sides and a couple of columns throughout the space were adorned with 16-20 flat screen TVs, most of which were showing the Ravens game. The bar was busy and the waitstaff was busy serving beer, other alcoholic beverages, water, and other non-alcoholic beverages. The waitstaff did not serve food. Instead — and this appears to be one of those eclectic Austin restaurant things — if you wanted to order food, you had to walk over to a window in the back, place your order, pay for your order, and receive a number that you placed on your table. When the food was ready, someone from the kitchen brought it to your table. While the menu was not fancy and most of the food was bar food items like wings, gumbo, po-boys, fried shrimp, fish of all types, steaks, chops, burgers, etc., the quality of the dishes we ordered was excellent and filling.

Oh, and as befits the expression “Smalltimore” that people who live in Baltimore use to describe the coincidence that you meet someone from Baltimore who is related, went to the same school, or knows someone that you know, I met several people who had relocated to Austin and knew people that I knew. One way you know you’re meeting an “authentic” Baltimorean is to ask them where they went to school. The answer is always your public high school or private school, not your college. The Ravens won that day, 49-13, and are home for the playoffs so even though it’s likely that I’ll be in Austin in the near future, I’m electing to watch the Ravens at M&T Bank Stadium throughout the playoffs and hopefully at the Super Bowl in Miami. Go Ravens!

From Two Different Perspectives: What’s Up in Austin?